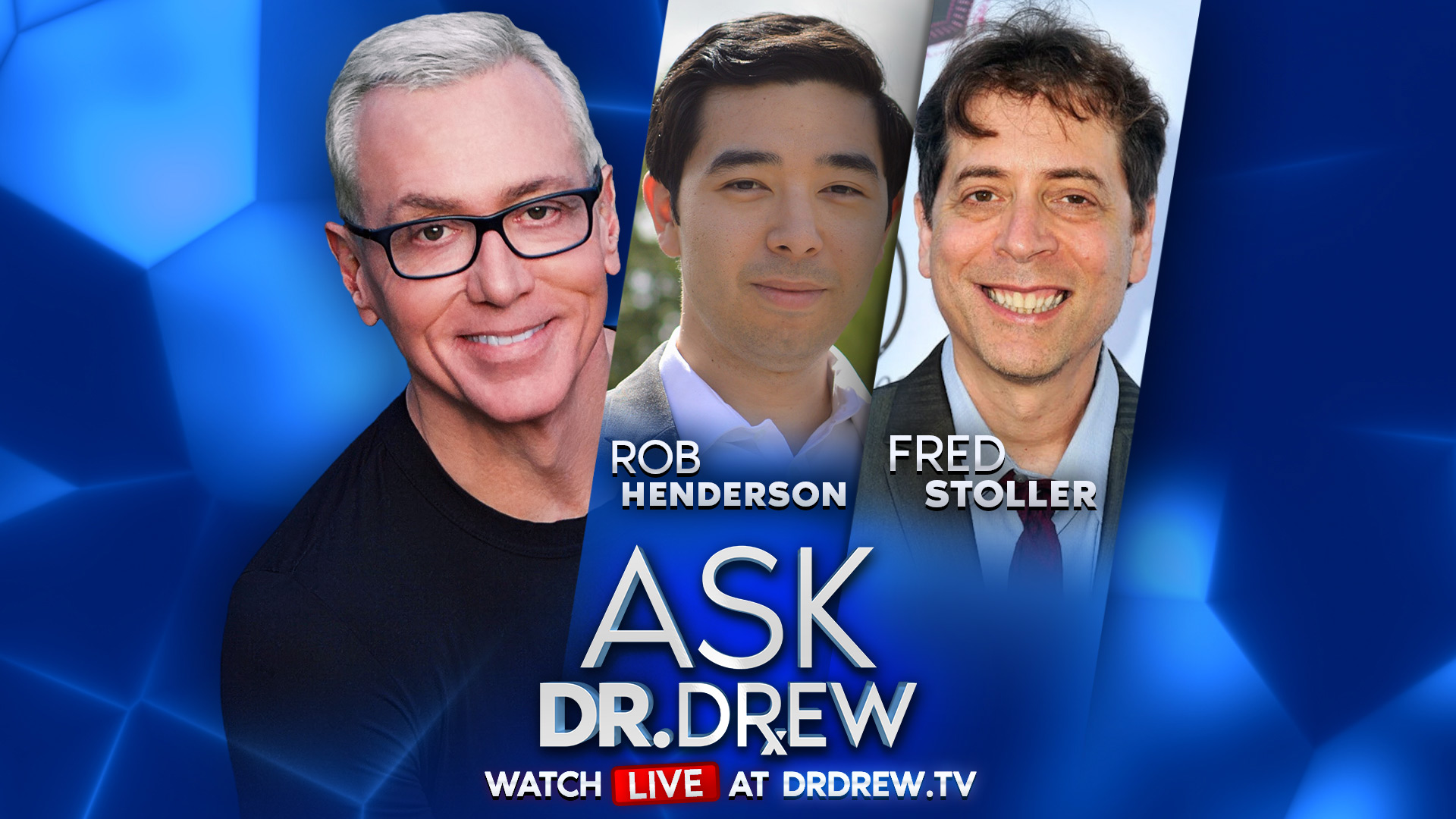 What is “wokefishing?” What are the “dark triad” personality types? Air Force veteran and doctoral candidate Rob Henderson reveals his research LIVE on Ask Dr. Drew. Actor, comedian, and author Fred Stoller also joins the show to share memories about his friend Norm Macdonald, who passed away on September 14, 2021 and was mourned by millions of fans worldwide.

ABOUT ROB HENDERSON
Rob Henderson is a doctoral candidate at the University of Cambridge, where he studies social and evolutionary psychology. He received his B.S. in psychology from Yale and is a veteran of the U.S. Air Force. His writing has appeared in the New York Times, the Wall Street Journal, and Psychology Today, among other outlets.

ABOUT FRED STOLLER
Fred has appeared on countless sitcoms, most notably as Ray’s mopey cousin on Everybody Loves Raymond, as Elaine’s forgetful date on Seinfeld, and as Monica’s bossy co-worker on Friends. In feature films, he was the annoying guy who gets punched through the phone booth in Dumb & Dumber. As a stand-up comic, he has appeared on HBO, The Tonight Show, among dozens of others. Fred was a staff writer for Seinfeld where he chronicled his tenure in the #1 bestselling Kindle Single, My Seinfeld Year.  He wrote and starred in the independent feature Fred & Vinnie which won the audience award at The Austin Film Festival. His book Maybe We’ll Have You back, the life of a perennial TV Guest Star is in stores and on Amazon and wherever you get books.