Home Topics Body And Health The Healing Power of Music 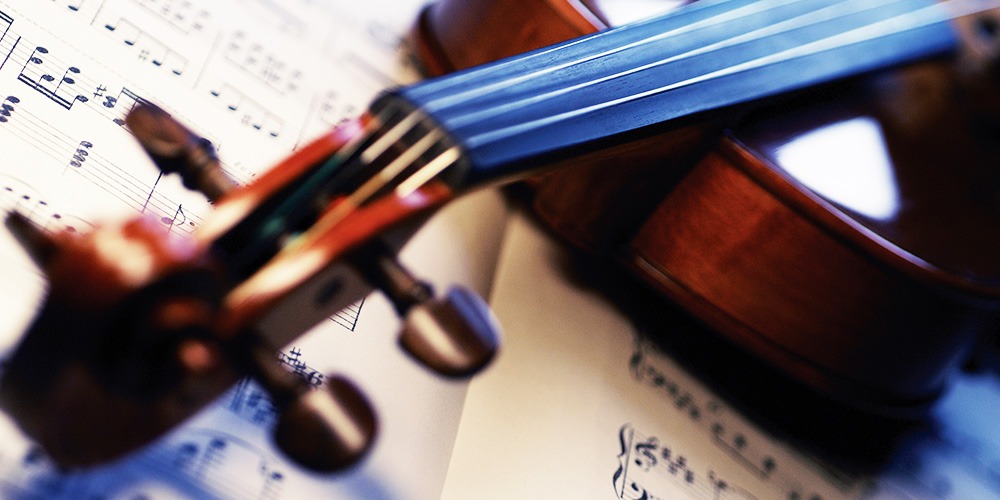 The Healing Power of Music

The Healing Power of Music

Nineteenth century American poet Henry Wadsworth Longfellow proclaimed music “the universal language of mankind.” Indeed, music predates organized language and has been used to communicate, soothe, inspire, heal, teach and build human connections since the dawn of civilization. Music elicits an emotional response generated by the brain’s limbic system, which is comprised of the hypothalamus, the hippocampus and the amygdala. The amygdala, in particular, is the brain structure most closely associated with processing emotions. As such, this anatomical feature is likely the reason we are “hard-wired” to respond to music on so many levels.

The importance of music as it relates to health can be documented in virtually every culture going back thousands of years. China’s oldest medical text, The Yellow Emperor’s Classic of Medicine, documents the seamless integration of music into the treatment of illness. It describes how the five tones that were the foundation of ancient Chinese music correspond to specific parts of the body and can aid in their healing. Hindu culture espouses the curative effects of chanting “Aum,” and the Bible offers an account of David remedied King Saul’s insanity overnight by playing his lyre. Music has played an integral, and ever-evolving role throughout humankind’s history, so it comes as no surprise that new applications for its use are constantly being developed to satisfy modern-day demands.

One exciting area of research focuses on the idea that music may have a positive effect when it comes to pain management. Music (of any genre) that expresses a feeling of contentment seems to be the most effective when it comes to altering the perception of pain. This is probably due to a combination of the distraction it provides, the effect it has on the brain’s opioid system and its association with reduced cortisol (stress hormone) levels. One study had cardiac patients pre-select music which was later played for them during a painful procedure. It was determined that the music was associated with a decreased perception of pain because it created a diversion and helped patients to convert the negative experience into a more enjoyable one. Researchers are buoyed that the prospect of a low-risk, cost-effective method as simple as playing music could have such positive results in patients – even so far as to reduce their need for medication.

The neonatal unit is another locale where the healing quality of music can be witnessed firsthand. From they time they are one day old, infants can detect differences in rhythmic patterns. Newborns tend to respond positively to singing and music, as well as instruments that mimic womb sounds and heartbeats. Exposed to these auditory stimuli, premature babies exhibit increased periods of “quiet alertness,” slower heart rates and better sleep patterns.

Neuroscientist Daniel Levitan analyzed hundreds of studies about the impact of music on health and medical conditions. He concluded that music improves the immune system by increasing the body’s production of natural killer cells (white cells that fight against tumors and viruses) and immunoglobulin A (an important anti-body found in the mucous membranes). Music also helps reduce stress (by controlling the release of cortisol) and aids in relaxation.

Vibroacoustic therapy is another modality that has been used to some success in the treatment of everything from constipation to sports injuries to Parkinson’s Disease. Based on the principle that “life is vibration,” various vibrational frequencies are administered directly to the body (via a mat or chair) in an effort to to stimulate the body’s water content into achieving a “state of healthy resonance.” Recipients of the treatment have reported reduced pain, temporary alleviation of symptoms and physical and mental relief. New Jersey based cardiac surgeons Charles Butler and Penelope Johnson administered a version of the therapy (post-surgically) and saw numerous and significant benefits in their patients in the form reduced periods of ventilator dependence and shorter hospital stays.

People with a variety of conditions and illnesses have benefitted from the use of music-based therapies. It has been used to teach autistic children more effectively and been shown to reduce aggression and agitation in Alzheimer’s patients. People dealing with depression have successfully decreased their medication and premature babies even feed better because of exposure to music. In some instances, people credit music with lifesaving properties. Such is the case for Marcia Butler, this week’s guest on Weekly Infusion podcast. As she struggled through a solitary and abusive childhood, Marcia’s sole lifeline was her visceral and intense connection with music. She talks with Dr. Drew and Dr. Bruce about how she was able to use music as a creative force to “save herself” from her harrowing experiences as a neglected and abused child.

For more stories about the healing qualities of music, download:

Linnemann, Alexandra, et al., “The Effects of Music Listening on Pain and Stress in the Daily Life of Patients with Fibromyalgia Syndrome,” 2015

“This is How Music is Indeed a Universal Language,” 2015