Dr. Robert Malone – an inventor of mRNA who has disavowed the technology – discusses Mattias Desmet’s “Mass Formation Psychosis” (AKA “Mass Delusional Psychosis“) as an explanation for the bizarre behavior of seemingly intelligent people throughout the pandemic panic, which saw families and friends split apart based on vaccination status, mask mandates & lockdowns.

When Dr. Malone speaks of this phenomenon, “tears are rolling down people’s faces,” he says. “It touches on something. For those of us that have been traumatized by what we’ve seen happen in our culture and with our former friends and colleagues that have become alienated… there is a substantial psychological underpinning that we’ve all experienced here.”

Some of it, Dr. Malone says, “involves the weaponization of information via the media.”

Though Dr. Malone hesitates to attribute the phenomenon to politics, he says “I think a lot of what we attribute as wokeism in that culture is really the consequence of the deployment of nudge technology.”

Dr. Drew agrees with much of what Dr. Malone and Mattias Desmet are saying.

“If in 2018, you would come to me and said there is a Russian operative in the Oval Office and I’m seeing Nazis everywhere, I would put you in a hospital.” says Dr. Drew.

“Suddenly I was hearing everybody talk like that in many different domains,” Dr. Drew continues. “This is delusional thinking.” 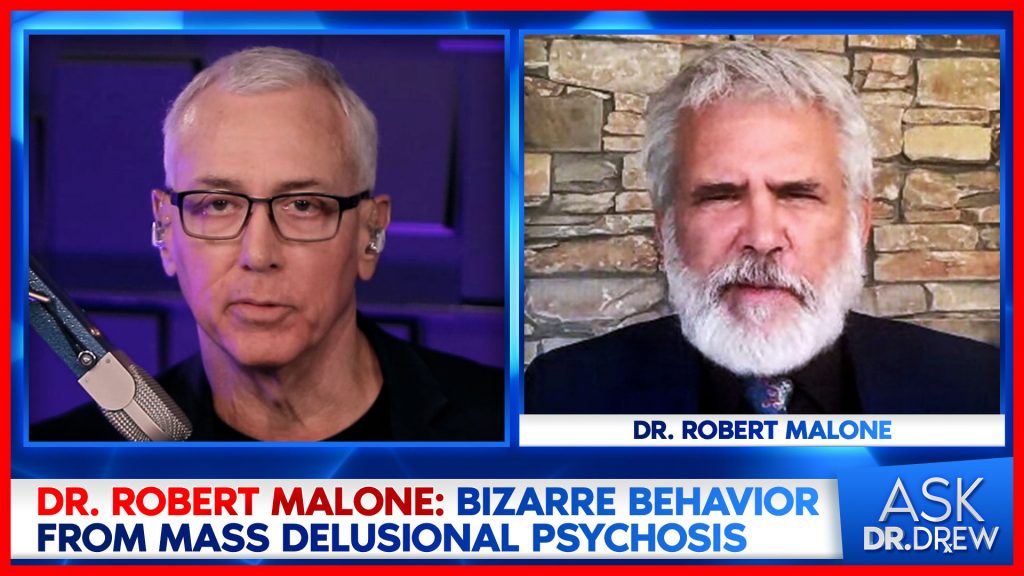