Clifton Duncan is an award-winning actor who says his career was cancelled after he refused to get a mandated mRNA vaccine against COVID-19 because he’d already been infected by the virus and had “natural immunity.” The controversy led to the loss of his manager and his prospect of a five-figure weekly salary.

“I refuse to allow any employer or, by extension, the government to act as my health care provider and to dictate what I inject into my body,” Clifton says. “I refused to be bullied or coerced or shamed into taking a medical product I neither want or need.”

Clifton Duncan graduated with a Master of Fine Arts degree in Acting from New York University’s Graduate Acting Program and appeared in critically-acclaimed productions on and off-Broadway. His TV slate includes work for NBC, Fox, CBS and Starz.

Follow him at twitter.com/cliftonaduncan and listen to the Clifton Duncan Podcast.

How Many People Did Dr. Drew Kill With Ivermectin? Clifton Duncan on COVID-19 Panic & 2020 Lockdowns

Watch Now
The CDC states that COVID-19 vaccines are safe, effective, and reduce your risk of severe illness. Hundreds of millions of people have received a COVID-19 vaccine, and serious adverse reactions are uncommon. You should always consult your personal physician before making any decisions about your health. 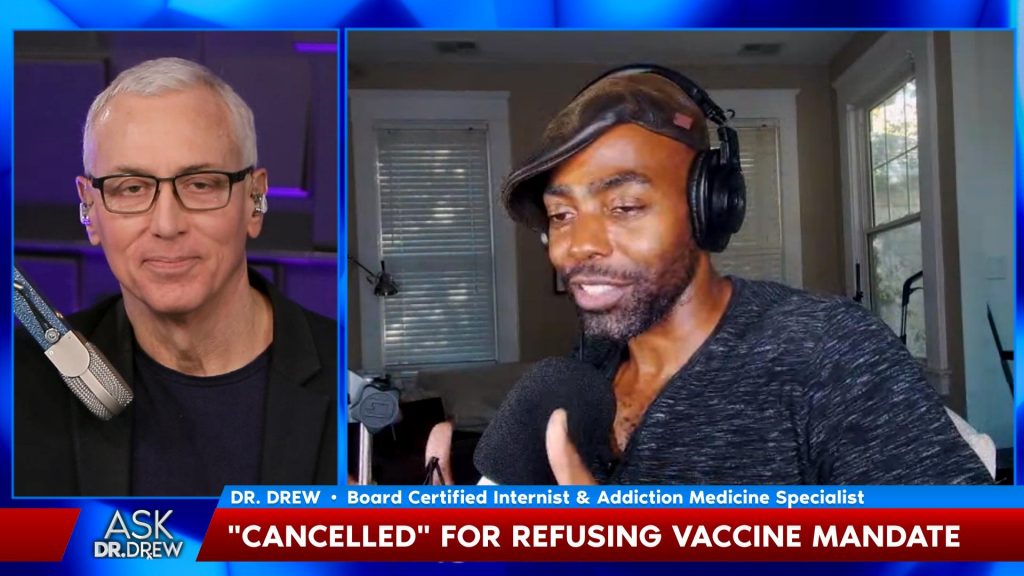