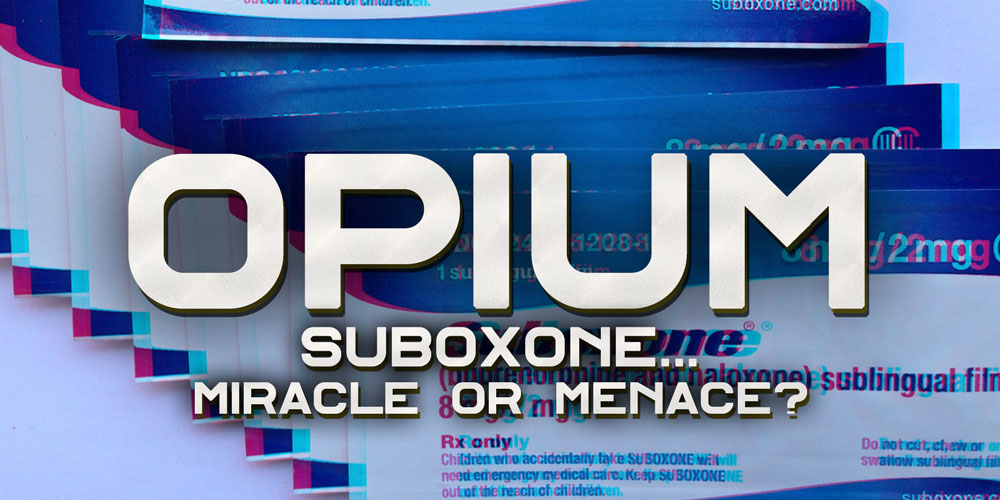 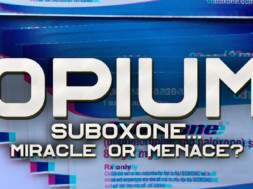 “It’s a perfect formula for drug addiction. They have very little interest in getting off the drug. Suboxone, in my estimation, has allowed a very significant number of people to maintain their addiction”

When addiction grabs ahold of you or someone you love, chaos is bound to ensue. It is estimated that the current opioid crisis claims over one hundred lives per day and costs billions of dollars annually. This makes it a tantalizing problem for drug companies to attempt to “solve.” Over the years, researchers have identified drugs that are effective at treating addicts, but are far from qualifying as failsafe panaceas. They may be helpful at managing symptoms of withdrawal and offer addicts an opportunity for some normalcy in their lives, but these drugs come with their own drawbacks which range from mildly annoying to debilitating. Most addicts find that maintaining sobriety is a lifelong challenge…This begs the question: Should drugs that are highly addictive be used to treat addiction?

The era of Medication Assisted Treatment (MAT) was ushered onto the addiction treatment scene when Dr. Marie Nyswander and her husband, Dr. Vincent Dole, reported that they had successfully treated addicts with a drug called Methadone (see earlier article in this series). Methadone dominated the market for many decades when it came to treating opioid use disorders, and in fact, is still widely used for this purpose. Advocates claim that Methadone allows people to function more normally while dealing with their addictions and opponents argue that treating drug addictions with other highly addictive drugs is, at best, a deeply flawed strategy. Another polarizing aspect about this drug is that Methadone patients are required to show up at treatment centers daily in order to receive their doses. This is done primarily to prevent diversion (misuse of the drug) and to limit the amount of the drug to patients which patients have access. While this delivery method is often regarded as an inconvenience and leaves some patients feeling demoralized and tethered to treatment centers, it is a necessity in order to receive this type of therapy.

More recently, a drug called Suboxone became the prescription of choice for many addiction patients. Suboxone is a partial opioid agonist, but it can be taken at home, which is preferable to many patients who wish to avoid daily pilgrimages to a treatment center (and the stigma associated with this activity). It is also formulated in such a way as to discourage diversion. Again, proponents sing the praises of the drug’s wondrous capabilities, but are these laudatory proclamations appropriate? Are they accurate?

Reckitt Benckiser Group is a British multinational consumer goods company whose current business is focused on health, hygiene and home products. In the 1960s however, (as Reckitt-Colman), they were concerned with developing a new analgesic to treat moderate pain. Newly recruited chemist, Dr. John W. Lewis, was tasked with the job and he decided to develop buprenorphine, which was brought to market in the United States as a painkiller in 1981 (interestingly, Lewis shipped buprenorphine to the Narcotics Farm in Lexington, Kentucky in the mid-1970s so its abuse potential could be tested on detoxified addicts there). By the time buprenorphine was being sold in the U.S., much had been learned about it and it appeared to have great potential as a pharmacotherapy for narcotics addiction.

In 2002, the Food and Drug Administration approved buprenorphine (brand name Subutex) and Suboxone, a combination of buprenorphine and naloxone for opioid addiction treatment. While they were waiting for approval, the company lobbied Congress to create the Drug Addiction Treatment Act of 2000, which would enable physicians who had been properly trained to prescribe the drug, to be used in an outpatient setting. Initially, approved physicians could treat only ten patients, but that number has been raised over time and doctors are now allowed to manage a roster of 275 Suboxone patients.

A careful examination of Suboxone’s history reveals that the drug has benefitted from a curious and oft-cited “public/private” partnership between Britain and the United States government. Questions about this relationship have arisen, including at least one about its patent. Suboxone is made of two different ingredients: it is four parts buprenorphine (used to treat opioid withdrawal symptoms) and one part naloxone (which, if the drug is diverted, serves as an abuse deterrent by triggering horrible withdrawal symptoms). When Suboxone came to market, both of these drugs were already classified as “legacy drugs,” which means that not only had their safety and efficacy been well established, but they had long been off patent.

Because buprenorphine and naltrexone were already widely available, Reckitt-Benckiser was faced with marketing a drug where profits could be impacted because it lacked patent protection. It was at this point that they successfully lobbied the FDA for “Orphan Drug Status.” This designation is usually reserved as a reward/financial incentive for companies that produce medicines to treat rare illnesses and have little chance of earning a profit. It allows for seven years of exclusivity before other pharmaceutical companies can develop cheaper, generic versions. Despite the fact that Suboxone became the source of a financial windfall, company officials maintain that the orphan status designation was appropriate.

Also helping the Suboxone cause was the United States government, whose scientists regarded the drug as the Holy Grail when it came to treating opioid dependency. It helped to finance the two big clinical trials that were necessary to get FDA approval, and the National Institute on Drug Abuse promoted the partnership between Britain and the U.S. Government. Charles O’Keefe, who was president of Reckitt-Benckiser at the time, (and responsible for the company’s incorporation in the U.S.) lobbied influential members of Congress to ensure that the drug could be a take-home prescription.

Not surprisingly, Suboxone was a smash success and, as its protection under the orphan status designation was coming to an end, the company contrived a plan to protect its hold on the market share. The plan was to tweak the formulation slightly and present it in a new format: the sublingual strip. Reckitt-Benckiser, armed with a weak, self-sponsored study, claimed that the pill version wasn’t as tamperproof as the new version and endeavored to convince the FDA that the safety of children (who might inadvertently eat the pill) was at issue. The company was essentially aiming to kill its own product (the pill version) so that it could keep its stranglehold on 85% of the market with its new product. The strip version of the drug hit the market in 2010, but the FDA did not agree with the company’s claim and approved generic versions of Suboxone. Despite the fact that generic drugs have no molecular differences from their name brand versions, patients often feel that the name brands are superior and this has been the case with Suboxone. Even though cheaper, generic versions are available (and have made a dent in the market because Reckitt-Benckiser did remove their pills after the generics hit the market) they are prescribed far less often – mostly because of successful marketing campaigns.

Reckitt-Benckiser’s suspicious timing did not go unnoticed and they quickly found themselves at the center of a lawsuit that accused them of price-fixing and product-hopping. Thirty-five states and the District of Columbia accused the company of using fear-based messaging and sham science to maintain their dominance, but in the end, the suit was thrown out.

Suboxone was originally intended for short-term use, but many experts agree that it has become a way for addicts to maintain their addictions. Because of its ceiling effect, the drug won’t get addicts high, but it does take the edge off between highs. With Suboxone, we have entered yet another era where we are treating drug addiction with addictive drugs. Patent medicines of the 1800s claimed to successfully treat addictions by swapping one drug for another, but the truth is that they were all used interchangeably; laudanum was used to “cure” opium addiction, morphine was used to “cure” laudanum addiction and vice versa. This snake-oil industry made countless millions with no scientific basis for its claims until Samuel Hopkins Adams wrote his seminal series, “The Great American Fraud in 1905 (see earlier article in this series) and brought awareness to the lies that were being irresponsibly perpetrated on the unsuspecting public. As though nothing was learned from this episode, the medical community embraced Methadone in the 1960s and, once again, treated opioid abuse with opioids. With Suboxone, we continue the cycle of treating opioid addiction with opioids. Reckitt-Benckiser eventually sold off their Suboxone business to a company called Indivior, which still manufactures Suboxone as well as its new product, Sublocade, a once-a-month buprenorphine injection that was approved at the end of 2017.

Suboxone may have significant therapeutic value for some patients, but the excessive enthusiasm for it is concerning. Many physicians who prescribe the drug have very limited or no training at all in treating addiction. A recent DAWN (Drug Abuse Warning Network) report showed that between 2005 and 2011 almost one million people went to the hospital for emergency treatment after taking combinations of opioids, benzodiazepines and alcohol. Also concerning is a recent estimate that more than half of the buprenorphine that is obtained through legitimate prescriptions is being diverted or used illegally.

McGreal, Chris, “Reckitt-Benckiser Sued by 35 US States for ‘profiteering’ from Opioid Treatment,” The Guardian, October 21, 2016, https://www.theguardian.com/business/2016/oct/21/reckitt-benckiser-drug-company-sued-suboxone-profiteering-opiod-addiction