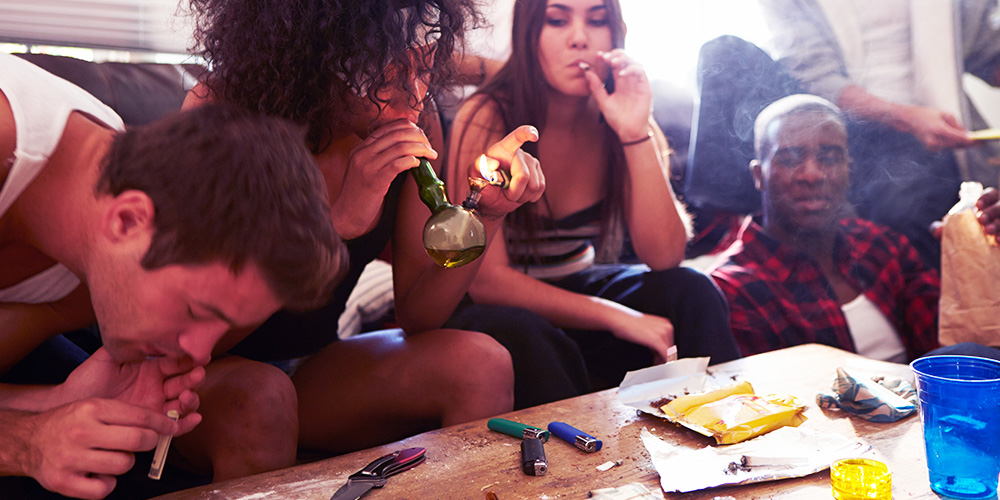 Prescription for Addiction: Teen Opioid Abuse Is More Common Than You Think

Prescription for Addiction: Teen Opioid Abuse Is More Common Than You Think

The brain is the most complex organ in the human body. It regulates every bodily function and is responsible for interpreting and responding to the endless stream of physical and emotional stimuli that we encounter every day. The brain is ever-evolving, but experiences the most growth and development during the period that spans from adolescence to young adulthood. Between the ages of twelve and twenty-five, the brain is at its highest state of plasticity.

The level of plasticity during youth is largely due to the paucity of a fatty substance called myelin, which covers the neurons (brain cells). This protective sheath can be compared to insulation on a wire. When we are younger, there is less myelin coating the neurons, but it increases as we age, which eventually results in a more efficient flow of information. Until then, teenagers are typically prone to experiencing emotions more intensely and engaging in frequent bouts of questionable judgement.

Many sections of the brain mature during adolescence, but the prefrontal cortex, which is associated with the facility of judgement, is one of the last regions to complete its growth. The lack of development in this area is one of the reasons that teenagers are more inclined to impulsive behaviors and emotional responses. The malleable properties of the youthful brain are important when it comes to learning how to be independent, but it can also be blamed for the tendency to make bad decisions and take poorly calculated risks.

Oftentimes, these poor choices are associated with the use of drugs and alcohol. Most parents fear that their children will abuse alcohol, nicotine or marijuana at some point, but the sad reality is that prescription pharmaceuticals are the new gateway drugs. Opioid use and abuse is an epidemic in this country, and the insults they inflict upon the adolescent brain are numerous, often resulting in long-term consequences. Because teenagers’ brains are not fully developed, they are more sensitive to neurological assault. These can cause irreversible damage, both intellectually and emotionally, and put the drug user at greater risk of future addiction. Developing neural connections are fragile, and habits that are established while under the influence have the potential to become permanently integrated into the brain’s wiring.

Dr. Drew On The View: The Alarming Spike In Opioid Addiction

By and large, the genesis of opioid abuse in most adolescents can be directly traced to what was doubtless considered a harmless prescription written by a well-intentioned physician. What this seemingly innocent practice has progressed to however, is an alarming set of statistics:

Currently, the United States consumes 80% of the world’s prescription opiate supply, with enough prescriptions written in 2012 alone to supply every single American adult with a full bottle of pills. When the high cost of prescription opioids such as Oxycontin, Vicodin and Demerol becomes prohibitive, heroine abuse is often the next stop because it’s cheaper and easier to obtain.

Opioids work by binding to certain receptors in the brain, which cause the release of a neurotransmitter called dopamine. Dopamine is a substance that helps to regulate the brain’s pleasure and reward centers. Opioid abuse can override the natural and healthy messages of the brain and even change its physical structure. Developing brains are particularly vulnerable to the negative impacts of this transformation. Areas of the brain that are susceptible to damage include the brain stem (which controls basic bodily functions like breathing and circulation), the limbic system (which controls emotions) and the cerebral cortex (which is responsible for processing sensorial information, solving problems and making decisions). Opioid abuse can cause the brain to reduce its natural production of dopamine, which in turn, creates a need for more drugs to achieve the desired high. While the initial effect of the drug may be pleasant, damage caused by habitual abuse is undeniable and can lead to sexual disfunction, depression and chronic illness. Snorting drugs can lead to destruction of mucosal tissues and sinuses and injecting them can cause collapsed veins, scarring and serious infections. Needle sharing exposes the user to foreign bodily fluids and can lead to blood borne diseases like HIV and Hepatitis C.

Please seek help if you or someone you know is abusing opioids.

“The Truth About Prescription Drugs,” http://www.drugfreeworld.org/drugfacts/prescription/abuse-international-statistics.html

“What Are the Long-Term Effects of Drugs on the Teen Brain?” https://teens.drugabuse.gov/drug-facts/prescription-pain-medications-opioids

“Effects of Drugs of Abuse on the Brain,” https://teens.drugabuse.gov/teachers/mind-over-matter/teachers-guide/effects-drugs-abuse-brain

What do Drugs do to Your Body?”  http://www.starliterecovery.com/addiction/what-do-drugs-do-body/