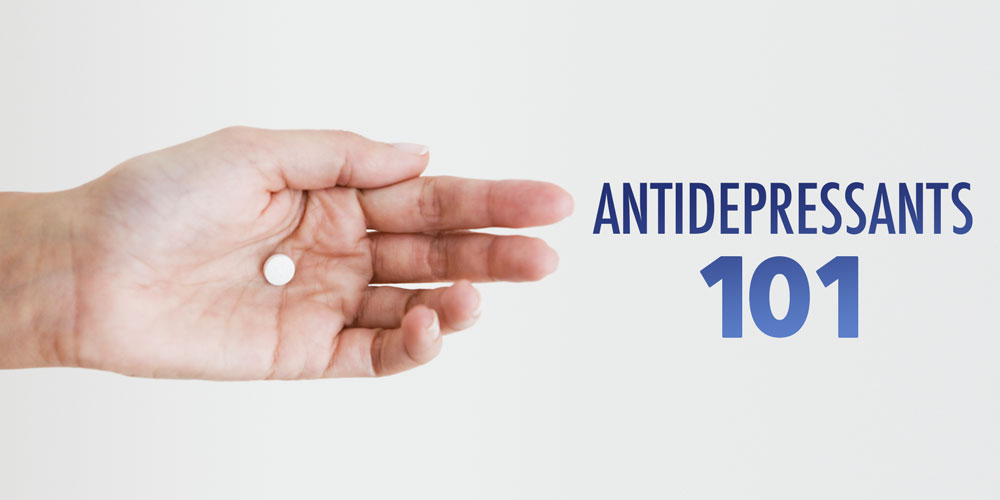 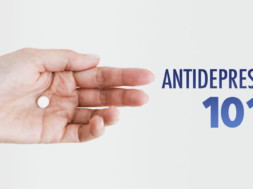 It has been estimated that one in ten Americans are currently on some form of antidepressant, but how many users actually know how they work?  As with most drugs prescribed by physicians, patients dutifully take their daily dosage without comprehending (or even questioning) the chemical and biological actions that occur as a result.  As with any medication (prescription or over-the-counter) it is well advised to understand how and why they work.

Sometimes pharmaceuticals that are developed to treat one condition end up being far more effective at treating something entirely different.  This often happens by chance – when unexpected side effects are shown to mitigate symptoms of another illness.  Such was the case for antidepressants.  In the 1950s Swiss doctors were searching for a treatment for schizophrenia when they discovered that a drug called imipramine actually had an effect on patients’ moods.  The drug was eventually marketed as one of the first antidepressants under the name of tofranil.  During the same time period another group of scientists discovered that isoniazid (a drug that was being use to treat tuberculosis) was having a euphoric effect on patients.

The mid-1980s/early 1990s ultimately ushered in the era of widespread antidepressant usage.  Mood-elevating medications like Prozac (1987), Zoloft (1991) and Paxil (1992), were routinely prescribed and sales of these drugs exceeded the expectations of pharmaceutical companies almost immediately.   These three pills were in a newer class of drugs called selective serotonin re-uptake inhibitors (SSRIs), and have, over the years, become the preferred pharmacological method used to treat depression.  These, along with serotonin-norepinephrine re-uptake inhibitors (SNRIs), monoamine-oxidase inhibitors (MAOIs) and tricyclic antidepressants (TCAs) are the four classes of drugs that are generally used to treat mood disorders.  While it is not entirely understood how these drugs reduce depression, it is widely believed that it is due, in large part, to the way they affect different neurotransmitters in the brain.

What is a neurotransmitter?

Neurotransmitters are chemicals in the brain that transmit messages from one neuron to the next.  They do their work in the spaces between brain cells called synapses.  They tell the heart to beat, the stomach to digest food and the lungs to convert oxygen.  They are involved with the functions of mood regulation, attention and focus, memory and motor control, just to name a few.  They fall into two categories (excitatory and inhibitory), which can be generally described as the brain’s “gas” and “brakes.”

Neurotransmitters are vitally important to how we humans function, and yet, it has been estimated that eighty-six percent of Americans have sub-optimal levels of these important chemical.  This is due to factors such as stress, poor diet, neurotoxins, genetics, drugs, alcohol and caffeine.  The neurotransmitters that are primarily involved in regulating the mood include serotonin, norepinephrine and dopamine.

Antidepressants work mostly by balancing the levels of these three neurotransmitters.  They can also improve sleep and increase appetite and concentration.  Typically, they take three or four weeks to work and approximately sixty percent of people report feeling better while taking them.  Psychiatrists are the preferable prescribers of these medications because they are intimately familiar with the chemical processes of the brain and are more accurate at determining which drug is best suited to treat a particular constellation of symptoms.  Oftentimes, it takes awhile to find the drug (or combination of drugs) that works best, but the improvement can be life changing.

There are four main classes of antidepressants:

(SSRIs) are the most commonly prescribed antidepressant largely because they have fewer side effects than some of the other drugs.  They work by blocking the brain’s reabsorption of the neurotransmitter serotonin which affects several functions, including mood, sleep, appetite and behavior.  This action of the SSRI allows serotonin to remain in the synapse longer, which effectively “bathes” the brain in the chemical for an extended period of time, thereby facilitating a better mood.  Side effects include nausea, headache, weight gain, vomiting, diarrhea and sleep trouble.  Combining SSRIs with certain pain relievers or blood thinners may increase risk of bleeding.  Drugs:  Celexa, Lexapro, Prozac, Luvox, Paxil and Zoloft.

(SNRIs) were introduced in the mid-1990s and are often the second choice if an SSRI doesn’t work.  SNRIs inhibit the reabsorption of two neurotransmitters:  serotonin and norepinephrine.  Norepinephrine is sometimes referred to as the “stress hormone” and it is connected to the flight or flight response.  Its general function is to mobilize the brain and body for action, and if levels are low, energy, alertness and focus can be affected.  Side effects can be similar to SSRIs.  Users may also experience an increase in blood pressure and should carefully consider taking them if they have liver problems.  Drugs:  Pristiq, Cymbalta, Fetzima, Effexor, Savella

(MAOIs) work by affecting monoamine oxidase, which is an enzyme that is involved in the removal of all three of the previously mentioned transmitters.  With these drugs, norepinephrine, serotonin and dopamine (a neurotransmitter that is involved in reward motivated behavior) are all allowed to remain in the synapses for a longer period of time.  This group of drugs was developed earlier than the previous two and has been largely replaced by them.  Taking this drug involves some diet restrictions that are in place to avoid increased blood pressure.  These include foods that contain an amino acid called tyramine that is found in aged cheeses, cured meats and fermented soy products.  Side effects are similar to those that occur with the other drugs and can include involuntary muscle jerks as well.  Drugs:  Marplan, Nardil, Emsam, Parnate, Selegiline patch

TCAs were developed in the 1950s and effectively block specific transporters that remove serotonin and norepinephrine from the synapses.  Usually these are prescribed when other drugs have failed because the side effects can be more bothersome.  Tofranil, which was mentioned earlier, is an example of one of these drugs.  Others include:  Amytriptyline, Amoxapine, Norpramin, Doxepin, Maprotiline, Tofranil, Pamelor, Vivactil, Surmontil.

Finally, doctors may use “atypical” drugs that do not belong to any of the other classes to treat depression.  Drugs that have been approved for this use are: Welbutrin, Trazodone, Trintellix, Remeron and Nefazodone.

While sixty percent of people who take antidepressants report an improvement in mood, this is a low number.  One reason for this may be that people often seek prescriptions from doctors other than psychiatrists.  As stated earlier, psychiatrists (whose focus is on the chemistry of the brain) can more accurately assess a patient’s needs in this area.  Many people don’t pursue a visit to a psychiatrist, but doing so can be the difference between finding a drug that works quickly versus having to try several before getting a good result.

Consulting a psychiatrist is also prudent if one desires to stop the use an antidepressant.  Tapering slowly is generally advised in an attempt to reduce unpleasant withdrawal symptoms, which may last months or years.  Stopping these drugs can also result in the emergence of new, persistent disorders or the return of the original disorder, but with greater intensity.

Don’t be afraid to see a psychiatrist.  Mental health is every bit as important as physical health.  Mood disorders are treatable and regulating them can alter one’s life for the better.  While these drugs can have side effects, the benefits typically outweigh any negative responses.