Being Transgender – Transitioning as an Adult 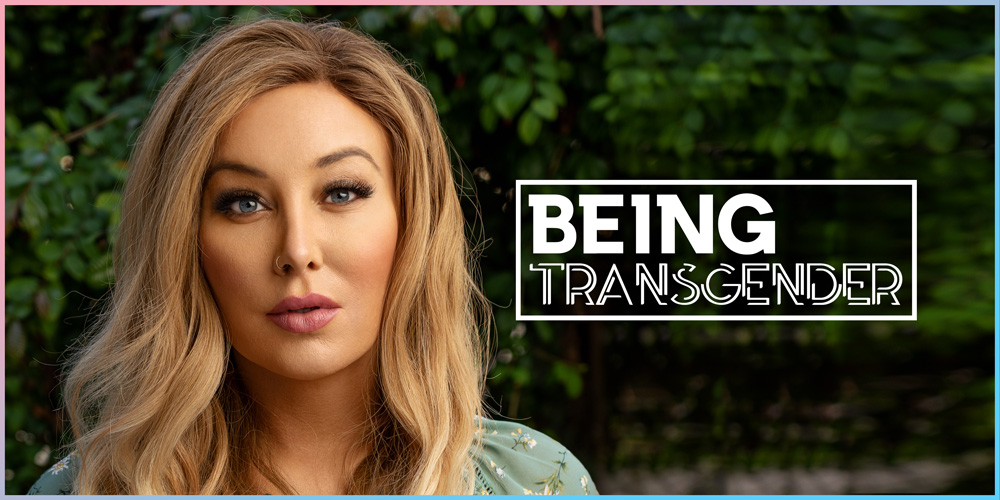 We are excited to have transgender activist and reality star, Billie Lee, contributing to this new series. With her input, we hope to educate, create awareness and inspire open-mindedness and acceptance of a population that has historically been misrepresented, misunderstood and mistreated.

Many people who struggle with gender identity issues eventually decide (or only have the opportunity) to transition once they become adults.  Despite being legally eligible (age-wise) this is still an extremely difficult process – especially if puberty was not suppressed (see last week’s article).  By adulthood, secondary sex characteristics have fully developed, so more medical procedures are often necessary to achieve the desired anatomical outcome.

Gender affirmation is a life-changing decision, so several steps should be taken in order to determine that this is the most appropriate course of treatment.  People who wish to explore the possibility of transition are encouraged to undergo an extensive psychosocial evaluation from a mental health professional who is well trained and well qualified to deal with this unique population.  Even with the best of intentions, however, it is extraordinarily difficult for the clinician to select the right treatment for the right person at the right time.

Billie was in her early twenties when her therapist first used the word “transgender” in their mutual search for a diagnosis.  At last she had a name for what she’d been trying to put into words for her entire life!  This was the watershed moment in which she finally felt as though, “the universe is finally putting everything together!”  She moved from her small town in the Midwest to Los Angeles, and began to feel more comfortable and safe in her own skin.  The city not only provided her with some anonymity to start over, but people there were more accepting of those who don’t conform in traditional ways.   In Los Angeles, she was able to express herself more authentically and she began to create a life she never thought possible.

Though there is no established standard of protocol for the treatment of trans people, there are agencies that offer some thoughtful guidance on the topic.  The World Professional Association for Transgender Health (WPATH) provides a list of minimum qualifications that should be in place prior to treating patients with gender identity issues.  These include, but are not limited to:  a Master’s degree (or equivalent) in a clinical behavioral science from a properly accredited institution, competency in using the Diagnostic and Statistical Manual of Mental Disorders and/or The International Classification of Diseases for Diagnostic Purposes, documented supervised training and competence in psychotherapy or counseling, knowledge about gender nonconforming identities and experiences and treatment of gender dysphoria.  They also recommend that anyone who works in this field should receive continuing education in the assessment and treatment of gender dysphoria.  The fact that this community needs help is not in question.  While the social components are important, these are serious psychological, physical and medical issues that should be attended to first and foremost by the healthcare community.

This steep list of requirements illustrates the gravity with which these sensitive issues might best be handled.  WPATH is just one organization that provides some direction.  They recommend that one should not treat patients without a deep understanding of this condition and that patients should seek treatment only from those who are properly qualified.  They advise both the medical profession and the patient population to proceed with extreme care and err on the side of being overly cautious.  WPATH also recommends that people who work in this field develop and maintain “cultural competence” in this area.

If (after a period of rigorous psychosocial analysis) the patient and his/her team determine that transition is appropriate, reproductive goals must be carefully considered.  This means removal and freezing of sperm or eggs prior to any aggressive treatment.  Preservation of reproductive resources may be critical for some and less important for others, but they should be addressed early in the process.  Needless to say, these services are not free, so the financial aspect must be taken into account along with the myriad other expenses.

Transitioning for adults usually begins with taking cross-sex hormones, aka “hormone therapy.”  Generally speaking, this means the prescribing of testosterone to women and estrogen to men.  These drugs can be administered in a variety of ways, including injection, topical patches and orally.  The time frame and amount of hormones must be individualized and based on the patient’s goal.  Females who take testosterone can expect to see changes almost immediately (one to three months).  These may include a deeper voice, clitoral enlargement, growth of facial and body hair, cessation of menses, atrophy of breast tissue and decreased percentage of body fat compared to muscle mass.  Men who take estrogen can expect changes within a similar time frame.  These include growth of breast tissue, decreased erectile function and testicular size, and increased percentage of body fat compared to muscle mass.  Some physical effects may appear quickly, but the expected maximum effects can take up to two years (though the time frame is highly variable).

Hormone treatments are very effective and may be all that someone who struggles with gender identity requires in order to experience some sense of relief.  Fred Ettner, a physician who works with people going through transition, was quoted in the Washington Post.  “The patient’s brain is affected first,” he said.  “Their brain finally is getting this hormone.  They feel differently.  They act differently.”

Once Billie had a name for her experience, she immediately began taking cross-sex hormones.  At twenty years old, the estrogen’s effects were instant, but not always enjoyable.  Her breasts grew quickly, but were tender and itched a lot.  Her moods were mercurial and she did a lot of “emotional crying.”  Despite loving how the hormones were feminizing her body, Billie suffered intense nausea and felt extremely vulnerable during this period.  She felt as though she was constantly being judged – even though her adopted city was much more liberal and accepting than the town where she grew up.  She often wondered, “What did I do in a previous life that caused me to have to endure this?  Why do I have to go through this?”

As with any medication, there are risks associated with hormone therapy.  Included among these (for both genders) are elevated liver enzymes and the potential for developing type two diabetes.  Additionally, women taking testosterone may experience acne, balding and hyperlipidemia (high cholesterol).   Men may have an increased risk of cardiovascular disease and hypertension, to name just a few.  There are certain conditions that are contraindicated (and therefore prohibit) hormone therapy.  These include a history of thrombotic events or estrogen sensitive neoplasms (malignancies).  Those who prescribe hormones have a responsibility to obtain appropriate knowledge of a patient’s history before allowing access to these drugs.

Not all who take the hormones will seek gender affirmation surgery, but those who do often start with “top surgery.”  This consists of a double mastectomy for women and breast implants for men.  While not completely irreversible, these procedures allow for the patient to further explore life in his/her desired gender.  Additional surgeries, such as facial feminization, body contouring, thyroid cartilage reduction, pectoral implants and hair reconstruction can further advance the physical transformation.  Female to male transitions can cost upwards of seventy-five thousand dollars, and male to female transitions can range from forty to fifty thousand dollars.

Though not always, genital surgery is often the final step in the process.  These surgeries are largely (if not completely) irreversible, which is why a certain faction of the medical community objects to them.  The argument hinges upon whether the procedures are aesthetic or reconstructive.  Those in the aesthetic camp argue that the removal of tissue that is devoid of pathology is not congruent with the oath to “first do no harm.”  These surgeries are reserved for adults only in the United States, so regardless of the outcry, they are available to those who have fulfilled the commonly agreed upon requirements.  The National Center for Transgender Equality reported in their comprehensive survey (2015) that twenty-five percent of transgender people have had some type of transition-related surgery.

For the twelve percent of males who decide to have “bottom surgery,” most of the testicles and penis are removed.  Some of the skin is used to create a functional vagina and a neoclitoris, which allows for sexual sensation.  The prostate stays in place, but the urethra is shortened.   For women who opt for bottom surgery (two percent), there are two basic procedures, though each of these is rarely done.  The first is called a phalloplasty, and is intended to create a penis.  The procedure utilizes tissue taken from the forearm, back or thigh to create a neophallus, which can become erect by the use of a prosthetic device.  The other option is a metoidioplasty.  This operation severs the ligament that suspends the testosterone-enlarged clitoris, so that it can hang forward and gain some length.  If all goes well, sexual pleasure will not be impacted.  Interestingly, the most challenging part of any of the bottom surgeries is the lengthening of the female urethra, which facilitates the ability to urinate while standing.

For Billie, a complete transition was the only choice, so she conducted extensive research to determine her best options.  In the end, she relied on a local expert for facial feminization and her top surgery, but traveled to Thailand for her bottom surgery.  She’s had additional procedures along the way, including rhinoplasty, a thyroid cartilage shave, lip and brow lifts and fat injections to enhance her cheekbones.  Her bottom surgery was a success aesthetically, anatomically and sexually.  She reports that her sexual experience is “much more sensual as a woman,” and that “orgasms are different, but equally satisfying.”

For the patient, this process takes a toll physically, psychologically and emotionally.  Even under the best of circumstances, every aspect of life is affected, as relationships are tested, finances are strained and family dynamics are altered.  This journey is not easy or undertaken on a lark.   For reasons that are currently unknown, this population is more prone to mental illness.  At the time of Transequality’s survey, thirty-nine percent of the respondents reported that they were currently experiencing serious psychological distress (as compared to the general population at five percent).  Suicide is another huge concern in this community, with forty percent of trans people having attempted it.  This is in stark contrast to just under four percent for the general population.

Whatever causes this incongruity between the brain and the body will not be answered soon, but it is likely the result of many influences.  Regardless of the reason, this issue must be handled intelligently, sensitively and with the goal of helping the patient make the best possible decision for his/her future.

Nutt, Amy Ellis, “Transgender Surgeries are on the Rise, Says First Study of its Kind,” March 2, 2018, The Washington Post, https://www.chicagotribune.com/lifestyles/health/ct-transgender-surgeries-increase-20180302-story.html

“Standards of Care For the Health of Transsexual, Transgender, and Gender-Nonconforming People,” 2012, https://www.wpath.org/media/cms/Documents/SOC%20v7/Standards%20of%20Care_V7%20Full%20Book_English.pdf

“Dr. Money and the Boy With No Penis,” http://www.bbc.co.uk/sn/tvradio/programmes/horizon/dr_money_prog_summary.shtml

“The Report of the U.S. Transgender Survey,” 2015, https://transequality.org/sites/default/files/docs/usts/USTS-Full-Report-Dec17.pdf