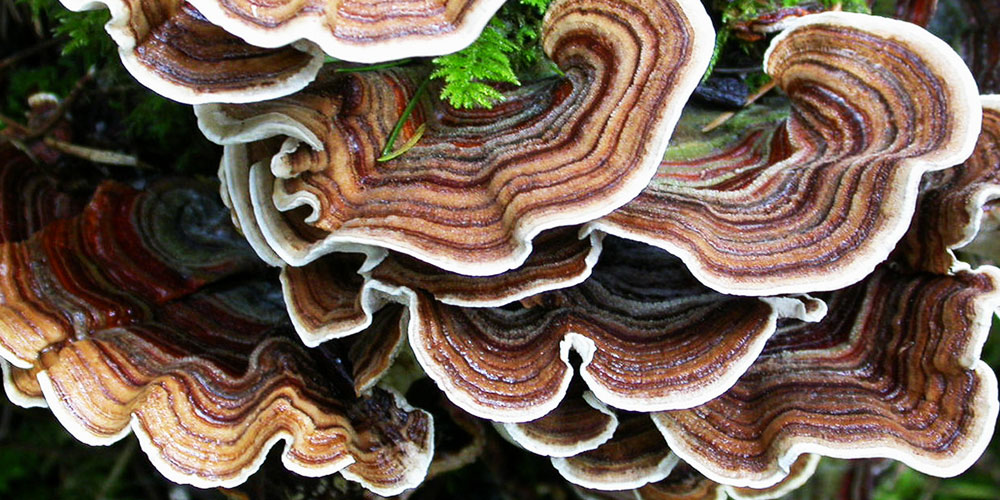 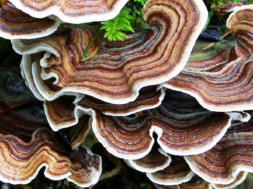 Standard treatment for cancer in the United States consists of surgical resection, radiation and chemotherapy.  The order in which they are deployed can vary depending on the size, location and stage of the disease, but generally speaking, these are the three interventions primarily relied upon by western medicine to treat malignancies.  Though they are currently the most effective weapons in the arsenal, there is growing interest to discover other tools that may be added to the mix in order to extend disease-free periods and survival rates.  Of particular interest are substances or therapies that can be added to existing regimens without affecting their efficacy.

Traditional Asian medicine has relied on certain mushrooms to treat a variety of illnesses for several centuries, but their usefulness has been bolstered even more by clinical studies showing that their properties could be beneficial in the treatment of cancer.  One mushroom, the coriolus versicolor, more commonly known as the turkey tail mushroom, has received lots of attention because it contains many health-promoting substances.

For starters, the turkey tail contains a couple of very potent polysaccharopeptides, (PSK and PSP for short) which boost immunity and may contain tumor-suppressing properties.  Randomized studies of patients with gastric cancer who underwent curative gastrectomy and took PSK during chemotherapy had improved disease-free periods and survival rates after five years compared to those who only did chemo.  They have also proven effective when combined with chemo to treat colorectal cancers.  Clinical trials involving leukemia and breast and liver cancers, however don’t reflect these same outcomes.

The potent bioactive compounds in these funghi are due in large part to the competitive environments in which they grow.  The harshness of these dark, wet locales imbues them with protective substances, which prevent them from being attacked by other organisms.  PSK was approved for clinical use in Japan in the 1980s, where it is used regularly to treat a variety of cancers.

This mushroom is also full of antioxidants, which promote a healthy immune system by reducing inflammation.  It contains a host of critical nutrients and is also high in fiber and protein, which contains some important amino acids.  The turkey tail is also known as trametes versicolor, yun zhi, VPS, PSK, PSP, kawaratake and krestin.  It is typically sold in the form of capsules, extracts or teas.

Dr. Ben Williams was diagnosed with a deadly brain tumor called glioblastoma multiforme in 1995.  This cancer is almost always a death sentence, with most who are diagnosed living less than two years.   Along with several other therapies, he included this mushroom in his diet and he is still tumor-free twenty-three years later.  There is no way to know if this mushroom played a part in his survival, but given its many health benefits, why not include it as part of a healthy diet?

To date, there are no known interactions with medications and the side effects are minimal.  These include dark stool, darkening of fingernails and low-grade hemotologic and gastrointestinal toxicities.  The consumption of mushrooms has been associated with disease prevention, treatment and longevity, so when fighting a disease as formidable as cancer, it may be a good idea to incorporate them into a balanced nutrition plan.  More clinical trials must be conducted in order to understand how these mushrooms can be beneficial in fighting cancer.  Speak to your doctor before adding anything into your treatment plan and listen to Weekly Infusion Podcast, episode #32 to hear Dr. Ben Williams’ opinions about the turkey tail mushroom.