Are We Becoming Immune to Domestic Violence? 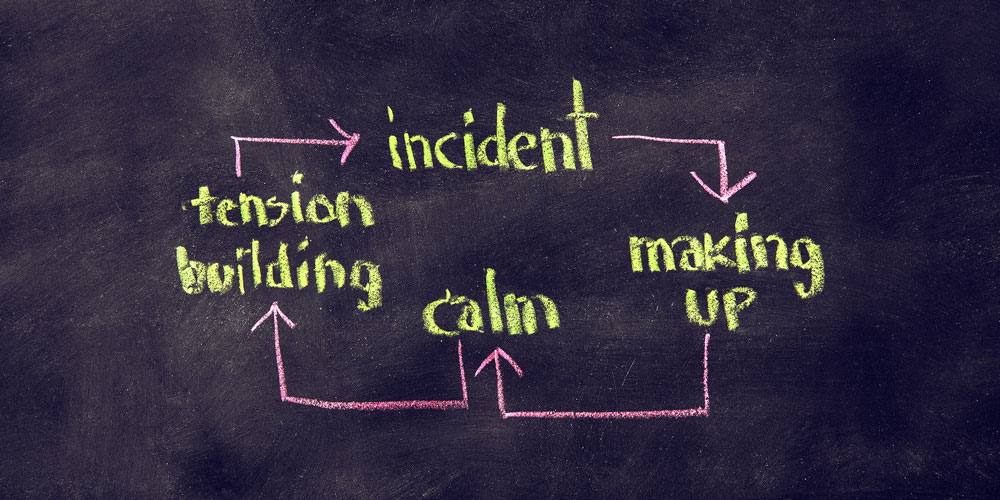 Domestic violence (also called intimate partner violence (IPV), domestic abuse or relationship abuse) is a pattern of behaviors used by one partner to maintain power and control over another partner in an intimate relationship.

One in four women and one in nine men will experience some type of domestic abuse in their lifetime.  Studies show that men tend to use violence to gain (or keep) control of their partner and that women tend to use violence in self-defense.  Nearly twenty people are abused every single minute of the day, which adds up to a staggering ten million incidents annually.  This is a national crisis that must be addressed – despite all the complications and complexities associated with it.

The classic stereotype of an abusive relationship conjures the image of an enraged male physically abusing a woman, but the truth is that it can happen to anyone.  This public health crisis affects people of every race, ethnicity, gender, religion and socio-economic group.  Though there is no such thing as a “typical victim” when it comes to domestic abuse, there are some factors that increase the risk for women.  These include, living in poverty, physical disabilities, mental illness and a dearth of networks and resources.  Sometimes a belief in “traditional values” and gender roles can be the set-up for an abusive situation.  Women who have male partners who abuse drugs (especially alcohol), who are unemployed (or underemployed), or who didn’t graduate from high school are also in higher risk groups.  Abusive behavior is generally passed down through the generations – growing up in an abusive environment increases the chances of becoming an abuser and being a victim.

Domestic violence, also known as intimate partner violence tends to follow a certain pattern that is repeated during the course of the relationship.  This cycle was first proposed in 1979 by psychologist Lenore Walker, and is made up of three distinct phases:

Attorneys report that domestic violence cases are some of their most challenging, and that getting an assault conviction for these crimes is extremely difficult.  Why is this?

There are many barriers to justice and all involved parties play some part in their occurrence.  For starters, victims are often scared of their partners and don’t want them to be punished, so in many cases a call to the police is never made.  An abuse victim may fear not being taken seriously, be worried about children, or be restricted by financial or cultural issues.  He or she may feel that reporting the incident could result in even more violence.  Some victims may even be aware that the period that poses the most danger for serious injury or death is when he/she tries to leave.

Despite the fact that all fifty states have passed laws encouraging police to make arrests, that doesn’t always end up happening.  This can leave a victim feeling vulnerable and subject to more abuse.  One recent study conducted a review of 517 domestic abuse cases and found that less than two percent of offenders serve any jail time – and when they do, it rarely extends beyond one day!  This is discouraging not only for the victim, but also for the police officers, who make the effort to get the wheels of justice rolling.  District attorneys may decline to file charges if the victim refuses to testify – even though his or her testimony isn’t always necessary to bring a case to court these days.

Domestic violence cases can be extremely volatile, but there are steps that one can take in order to make a stronger case.  Documenting the abuse is critical.  Personal diaries, police reports, medical records and photos of injuries, weapons and property damage can be excellent evidence.  Voicemails that contain threats or other incriminating comments can also be used to build a case.  Another recent study suggests that police officers should list multiple crimes in their initial police report.   These offenses can be used for leverage later on during a plea process.

One former prosecutor champions better post-trial care for victims who end up going through the legal system.  After becoming aware that they often feel abandoned or “dumped” at the conclusion of their trials, he advocates for a system that considers a “case management model” for victims.  Ideally, this would be a team of experts who assist the victim with navigating services and resources after the trial ends.  This professional group might be comprised of a prosecutor, a victim’s advocate and a social worker, all of whom would be in place to support the victim in the aftermath of a trial.

Once the abuse begins it usually gets worse over time.  As each cycle is completed, the abuser gains more control and the victim is beat down further.  Despite these miserable circumstances, leaving an abusive partner is a difficult process.  Emotional and psychological forces keep the victim tied to the perpetrator, along with concerns for children, finances, image, etc.

People involved in an abusive relationship don’t have to bear physical scars.  Emotional, psychological, verbal and financial abuse is also debilitating and damaging.  Abusive partners can increase their power by using such tactics as social isolation, humiliation, threats and control of financial resources.  They often blame the victim for inciting the incidents.  It is not uncommon for victims to identify with (and defend) their abusers, even to the point of lying to protect them.

Intimate partner violence accounts for fifteen percent of all violent crime.  If you or a loved one is experiencing abuse, please call the National Domestic Violence Hotline at 1-800-799-7233 (SAFE).

“Building Your Case:  How to Document Your Abuse,” https://www.thehotline.org/2014/05/12/building-your-case-how-to-document-abuse/

“How Victims and Survivors of Domestic Abuse Experience the Criminal Justice System,” https://www.victimsupport.org.uk/sites/default/files/How%20victims%20and%20survivors%20of%20DA%20experience%20the%20criminal%20justice%20system.pdf

“The Cycle of Domestic Violence,” https://www.domesticviolenceroundtable.org/domestic-violence-cycle.html