Home Topics Addiction In the Beginning: A History Of Opium 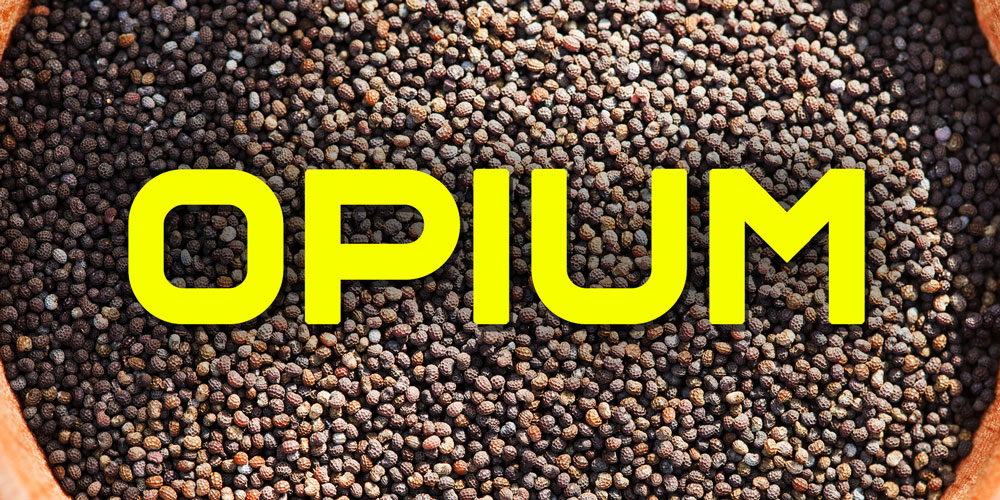 In the Beginning: A History Of Opium 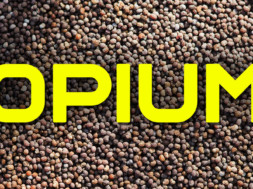 In the Beginning: A History Of Opium

The use of the poppy flower has been associated with humankind as far back as the Neanderthals.  Existing between four hundred thousand and forty thousand years ago, these are our closest extinct human relatives.  A race of skilled hunters, who made tools, wore clothing and controlled fire, they lived in nuclear families and seemed to (at least occasionally) bury their dead.  Given this knowledge, it should come as no surprise that they were able to recognize and exploit the natural resources around them.  Neanderthals’ use of poppy plants is not yet understood, but fossilized seeds have been found in their settlements.  This discovery stands as the first record of the flower’s use by humans.

The story picks up again during the Neolithic Period (10200 BC – 4500 BC) with numerous findings of papaver somniferum, aka the opium poppy, in at least seventeen Neolithic settlements throughout Europe.  The Neolithic Period or The New Stone Age had ushered in the era of farming crops, including poppies.  One site in Switzerland revealed that poppies were cultivated there as early as six thousand years ago.  Seeds were likely used in baking, and to make oil for cooking and lighting, but anthropologists surmise that they may have also been used for medical and consciousness-altering purposes.  Graves at a Neolithic site in Spain yielded bags filled with opium poppy capsules, suggesting that it was a part of funerary rituals.

The first written evidence of opium poppies’ use and cultivation is found in the Nippur Tablets.  Made of clay, these tablets are a record of daily life in Nippur, which was the spiritual center of the city-state of Sumer. Sumer is commonly referred to as the “cradle of civilization” because writing was invented there (as it also was in other locales) and it was the first embodiment of the city as we know it.  The tablets are written in cuneiform script and document economic concerns, legal matters and other events of the day.  Sometime around 4000 BC, the Sumerians make mention of the poppy plant, which they refer to as “Hul Gil,” or the “joy plant.”

Sumer is just one of several city-states that made up what is known as Mesopotamia, an ancient region in west Asia that is bordered by the Zagros Mountains and the Arabian Plateau.  It corresponds today primarily with Iraq, but it included parts of Iran, Kuwait, Syria and Turkey.  Sumerians coexisted with Assyrians and Babylonians to make up a larger civilization – a collection of cultures that shared script, gods and enlightened attitudes about women.  Sumer was a fairly advanced civilization, and it is credited with the invention of the wheel, domestication of animals and irrigation, just to name a just a few of its contributions to humankind.

Sumerians valued literacy, developed sophisticated weapons and, sometime around 4000 BC, were regularly cultivating opium poppies for trade and medicinal use.  It is believed that opium was widely used as an analgesic and was eaten both cooked and in its raw form.  Experts speculate that priests used it for ceremonial purposes (though the details about such rituals are unknown) and that its byproducts were used as a clean burning fuel.  Poppy straw may have been used as animal fodder for livestock.

Opium poppy cultivation soon made its way to Sumer’s neighbors, the Assyrians, who called the opium poppy “aratpa-pal,” (from which the Latin term papaver is likely derived) as well as the Babylonians.  The flower’s juice was extracted by scraping the head of the poppy (prior to its blooming) which allowed a milky, sap-like liquid (now called opium latex) to seep out onto it.  The substance was collected and placed into pots.

Eventually, the practice of poppy cultivation is passed onto Egyptians.  In the city of Thebes, they grow vast fields called opium thebaicum. This is why the active alkaloid (organic compound derived from plants) in opium is called thebaine.  Evidence shows that large amounts of opium were imported (probably from Cyprus) in jugs that resembled the poppy head.  This liquid consisted of wine or water that contained dissolved opium and was likely used as a form of sedative.  It may have also been mixed with spices and smoked or drunk as aphrodisiac.

An ancient Egyptian medical document called the Ebers Papyrus (circa 1550 BC) details the many therapeutic uses of poppy seeds, which include calming a crying child, treating breast infections and reducing pain during surgical procedures.  It was also used in eye drops and ointments and to treat a broad spectrum of chronic conditions such as asthma and diabetes. Indeed, there were some seven hundred medicines that contained it.  While there is evidence of excessive consumption of beer and wine in ancient Egypt, opium use appears to have been restricted to priests, magicians and warriors.  It is unlikely that it was used recreationally, but there are some arguments to the contrary.

The Egyptian opium trade flourished under pharaohs Thutmose IV, Akhenaton and King Tutankhamen, which resulted in Phoenicians and Minoans moving it into Greece, Carthage and Europe.  Egyptian mythology credits their deity Thoth with the creation of opium, and the image of the poppy appears frequently in Egyptian pictography.  These depictions are what occasionally spark opinions that ancient Egyptians used opium recreationally.  One such example portrays a pharaoh named Amenofis with wide eyes and dilated pupils – a common sign of drug use.  This, in conjunction with reports that the pharaoh became weaker and deteriorated physically, strengthens the hypotheses.  Amenofis’ use of opium has not been substantiated, but some experts point to his as a potential case of abuse.  Evidence of opium and opium smoking equipment has been found in tombs.

By 1100 BC, opium was being cultivated in Cyprus.  By this time, growers were using surgical quality knives to score the heads of the poppies.  During this same period, Egyptians introduced opium to the Greeks, who consumed it in a variety of ways including inhalation, via suppositories, and by use of medicinal poultices.  A concoction of opium and hemlock was used to put the condemned to death.

Opium use is described in Greek arts and literature.  Poet Hesiod wrote the first account of Greek opium production sometime between 750 BC and 650 BC, and a scene in Homer’s The Odyssey features a drink called nepenthe, which some scholars believe may be a reference to opium.  In it, Zeus’ daughter Helen puts a drug into the wine they are drinking.  The unnamed substance is meant to banish sorrows and painful memories with forgetfulness.  He also talks about soldiers using it to console themselves over the loss of fellow warriors during battle.  Statues of Greek gods Hypnos (sleep), Nyx (night) and Thanatos (death) commonly wear opium poppy crowns.  Greeks ascribed opium with mystical qualities and priests, who used it for religious ceremonies imbued the drug with supernatural qualities.

The “Father of Medicine,” Hippocrates, advocated opium’s spare and controlled used for a variety of medical applications that ranged from diarrhea to epidemics.  He also talks about poppy juice being used in opium wine and a mixture of poppy juice and seed of nettle for narcotic, hypnotic and cathartic purposes.  While he worried about alcohol abuse, he was not similarly concerned about opium.  Diascorides, another Greek physician, wrote extensively about opium in his opus, De Materia Medica, (written between 50 AD and 70 AD).  The five-volume work addresses the preparations, properties and testing of herbs and the medicines that could be obtained from them.

The very word opium may actually be of Greek origin.  It may be derived from the Greek word opos, which means juice, and opion, which means poppy juice.

Find out which historical figure introduced opium to Asia and India in next week’s installment.

Flascha, Carlos, “On Opium:  Its History, Legacy and Cultural Benefits,” Prospect, Journal of International Affairs at UCSD, May, 2011,
https://prospectjournal.org/2011/05/25/on-opium-its-history-legacy-and-cultural-benefits/

Moseley, James, “The Mystery of Herbs and Spices, Scandalous, Romantic and Intimate Biographies of the World’s Most Notorious Ingredients,” Xlibris Corporation, 2006,
https://books.google.com/books/about/The_Mystery_of_Herbs_and_Spices.html?id=m28yKWlQU6wC

Rudgley, Richard, “The Lost Civilizations of the Stone Age,” Simon and Schuster, 2000,
https://books.google.com/books/about/The_Lost_Civilizations_of_the_Stone_Age.html?id=vhSHn-B89A0C

“What Does it Mean to Be Human?,” Smithsonian, Updated January, 2017,
http://humanorigins.si.edu/evidence/human-fossils/species/homo-neanderthalensis

“Origins and History of Opium,” 1994,
http://www.herbmuseum.ca/content/origins-and-history-opium

tags: History opiates
previous #You Live - Shelly Sprague
next Your Body Clock Helps Decide When You Get Cancer