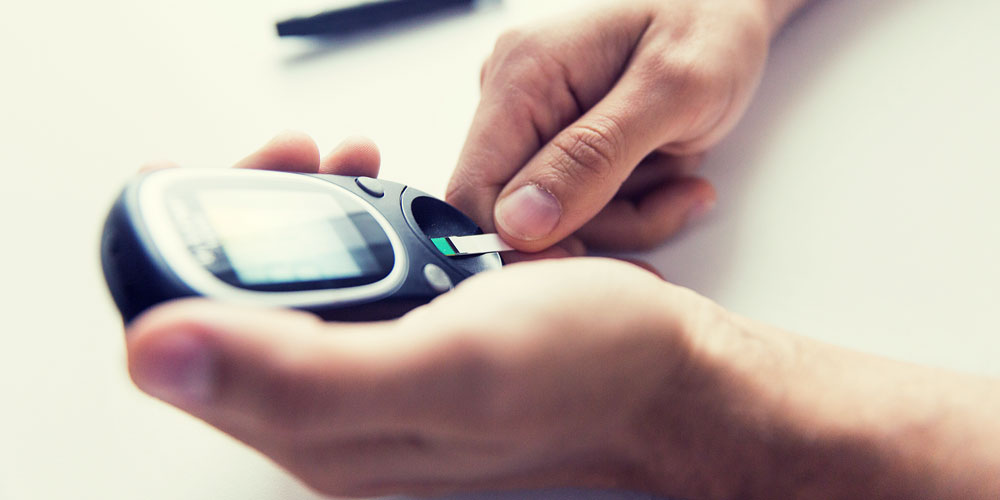 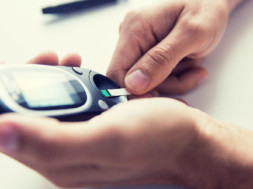 Approximately one in four American adults who have diabetes don’t even know it.

Diabetes is a group of metabolic disorders that involve the hormone insulin, which is responsible for controlling glucose levels in the blood, aka, “blood sugar.”  Glucose is a simple sugar that is found in foods and the liver, and provides for energy and proper functioning of cells.  Its level must be maintained within certain parameters so as to avoid hyperglycemia (high blood sugar) and hypoglycemia (low blood sugar).

A spike in blood sugar generally occurs as the result of eating.  This triggers the release of insulin, which is produced by special cells in the pancreas called beta cells.  Insulin helps the cells in the intestines absorb glucose, where it enters the bloodstream and gets transported throughout the body to provide energy.   Operating properly, this process normalizes and maintains appropriate glucose levels.  Insulin can be seen as a “key,” which opens the cells in the body and allows for glucose absorption.  Insulin also facilitates storage of glucose in the form of glycogen in the liver, fat and muscle for later use.  When the system isn’t working optimally, diabetes can result.

Diabetes is the seventh leading cause of death and it affects approximately thirty million Americans.  Untreated, it can cause blindness, kidney failure and nerve damage.  It is a serious illness and must be carefully managed.  Risk factors include hypertension (high blood pressure), obesity and family history.

There are three main types of diabetes:

At its base diabetes is an endocrine disturbance of glucose regulation, but the complications and consequences of diabetes are due to vascular phenomena.  In fact, most people with diabetes will die of vascular complications.  High glucose levels affect the endothelium (the layer of cells lining the vessels that plays a critical role in their tone and structure).  When the endothelium is negatively impacted by diabetes, atherosclerosis can result.  The hardening of these vessels is a dangerous situation that can cause heart issues and end-organ damage.  Small vessel damage is a specific type of deterioration that occurs with diabetes.  While its mechanism isn’t well understood, there are likely several contributing factors.  One of the culprits seems to be glycation end products, or GAEs , which are fats and proteins that have been exposed to glucose.  These byproducts clog the small vessels in the kidneys, eyes, heart and brain and can cause irreparable damage.   Five to ten percent of diabetic patients are Type I.

Though there is no cure for this disease, it is manageable with insulin injections and there are some promising therapies on the horizon.  On January 4, 2018, researchers at University of Pittsburg and Children’s Hospital of Pittsburgh published a study in which they were able to temporarily reverse Type I Diabetes in mice.  The team used gene therapy to direct alpha cells in the pancreas to produce insulin (normally done by the beta cells) and the mice stayed at normal glucose levels for several months before their immune systems figured out what was happening and eventually killed them off.  Studies in non-human primates are going well and the scientists hope to eventually bring the treatment to clinical trials.

While diabetes is very common, it is treatable and, in some cases, even preventable.  If you are one of an additional eighty-six million Americans that are pre-diabetic, you can take steps to change that.  If you are concerned, your physician can test you and provide helpful resources.  Learn more at diabetes.org.