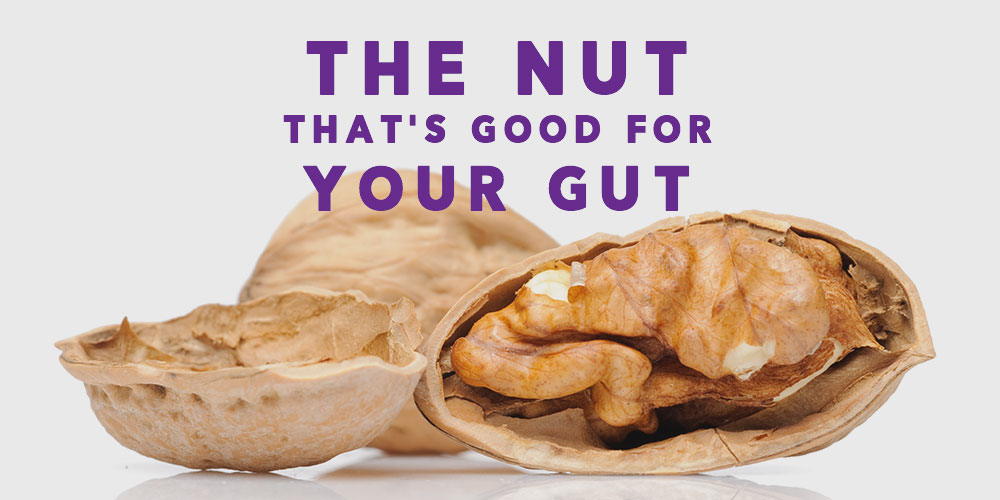 The Nut That’s Good For Your Gut

The Nut That’s Good For Your Gut

Gut health is largely determined by the microbial communities that live within our intestines. Gut microbiota (formerly called “gut flora”) is critical to good health and helps aid in proper digestive function, production of vitamins and promotion of a healthy immune system.

Consisting of tens of trillions of microorganisms, these colonies begin to develop only after birth. One third of the bacteria that eventually grows there is common in most people, but the remaining two thirds is person-specific, resulting in individual microbial populations that are nearly as unique as fingerprints. Dysbiosis occurs when the microbiota is thrown out of balance (i.e. by antibiotics) and is associated with many chronic diseases like irritable bowel syndrome, depression, and certain thyroid conditions.

Healthy gut microbiota is one of the keys to good health and eating certain foods can positively contribute to the bacterial communities in your gut.

In July of this year, researchers at Louisiana State University used rodent models to show that the common walnut has a beneficial effect on gut microbiota. Walnuts are considered a “super food,” rich in Omega III fatty acids, phytochemicals and antioxidants – all of which are good for your health.

The rats who were fed a walnut-based diet showed greater microbial diversity (compared to the control group) which has been associated with better health outcomes. Consumption of walnuts has also been associated with reduced risk of cardiovascular disease in humans, slowed tumor growth rate in mice and maintenance of brain health during aging.

tags: Bacteria Fatty Acids Gut Nuts
previous Leprosy & Hansen's Disease: History Of The Ancient Affliction
next Can I Have Sex During My Third Trimester of Pregnancy?