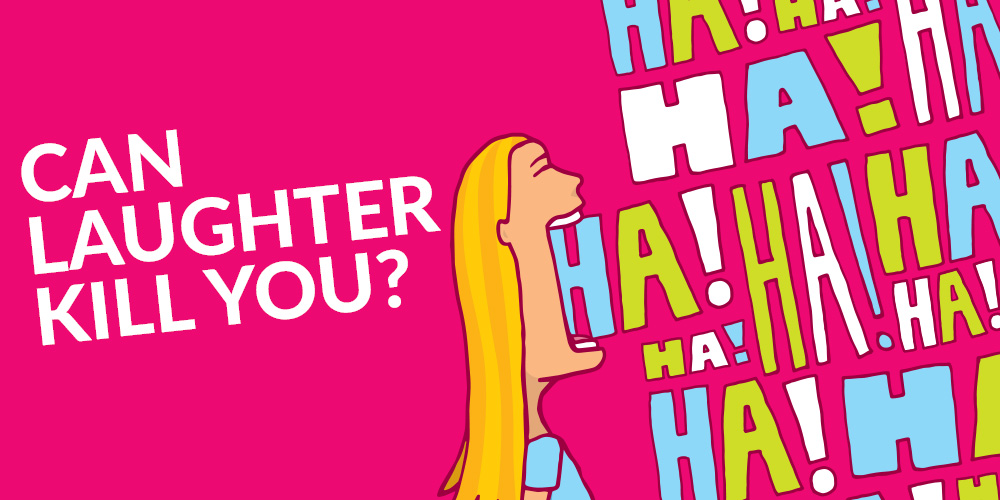 The Health Benefits (and Risks) of Laughter

The Health Benefits (and Risks) of Laughter

Is laughter the best medicine?

Can you laugh yourself sick?

Believe it or not, there is scientific evidence that supports each of these statements.  The act of laughing has many positive effects both physically and psychologically.  For starters, laughing releases endorphins, which can improve your mood by creating a “natural high.”  This occurs when neurotransmitters interact with opioid receptors in the brain that are responsible for blocking pain and controlling emotion.  The release of endorphins encourages a variety of healthy biological responses, including increased blood flow, reduction of inflammation, improved blood sugar regulation, pain reduction and production of natural killer cells (an important component of the immune system).

Send in the clowns!

Recently, an Israeli team of researchers lead by Dr. Shevach Friedler wanted to know if laughter could have a positive effect on the success rates of in-vitro fertilization.  They arranged to have professionally trained “medical clowns” entertain women just after they had undergone the embryo implantation procedure and the results were remarkable.  Thirty-six percent of the women who had been treated to the comedy act became pregnant as opposed to the control group, which had a twenty percent success rate.  The researchers surmise that the women who received the post-op laughs had reduced stress rates, which resulted in an increased chance of pregnancy.

Laughter has myriad positive effects on interpersonal relationships.  It is the mechanism by which the brains of both the speaker and the listener are engaged and synchronized, it stimulates social support and it unites people.  When it comes to men and women and romantic relationships, female laughter is an important indicator of the relationship’s success.  Neuroscientist, Dr. Robert Provine wrote a book about laughter and defines it as “a social vocalization that binds people together.”  Though there is no definitive answer as to the evolutionary purpose of laughter, scientists have posited that its emergence may have predated language as a method primates used to put each other at ease.  Spanish researchers Pedro Marijuán and Jorge Navarro believe that laughter developed as a method for greater numbers of individuals to signal their participation in larger group chats, thereby strengthening bonds with more individuals in a shorter amount of time.

Laughter reduces stress, promotes relaxation and improves the mood.  It has even been credited for helping to cleanse the lymphatic system, so by and large you are safe to engage in it regularly.  There are some situations, however, where laughter is no laughing matter.

The donkey had the last laugh.

Extreme excitement, no matter the cause, releases adrenaline into the body, which can thrust a properly functioning heart into an abnormal rhythm.  This can have deadly consequences.  Take the case of Chrysippus, an ancient Greek philosopher who, after getting his donkey drunk on wine, was struck with an attack of laughter so extreme that it resulted in his death – presumably due to cardiac arrest.  Danish audiologist, Ole Bentzen, suffered a similar fate after laughing too hard at a scene in the movie, A Fish Called Wanda.

For the estimated one to six percent of the population that has an aneurysm (a weakened blood vessel in the brain), laughter can be deadly.  Increased intracranial pressure potentially caused even by the most minor of chuckles can prompt the compromised vessel to rupture, resulting in a terminal brain bleed.  A small number of people may experience a less serious phenomenon called laughter-induced syncope (fainting cause by excessive laughter).  This can occur as a result of hyperventilation or the involuntary use of the Valsalva Maneuver.  The Valsalva Maneuver occurs when someone (after inhaling) closes the glottis (the slit-like opening in the throat between the vocal cords) while tightening the chest and abdominal walls.  This action causes an increase intra-abdominal pressure and a simultaneous decrease in cerebral blood flow.  This combination can culminate in a fainting episode.  While this can be scary for the person who is experiencing it, it is generally not fatal.

The phenomenon of involuntary emotional responses (laughing or crying) is also something to be concerned about.  Adults who have unexpected or inappropriate outbursts should be evaluated by a physician in an effort to determine the cause of the behavior.  Similar displays in infants and young children may be more difficult to detect because of the inherent emotional immaturity of this age group.  The ability to distinguish genuine laughter from a mirthless variant caused by pathology can prove extremely challenging.  If, however, a young child frequently engages in laughter that appears “out of context” or laughter that can be characterized as humorless or unpleasant, then a diagnosis of gelastic epilepsy should be ruled out.  Usually caused by a rare but benign brain lesion, this condition generally goes undiagnosed for many years because of the confusing nature of its presentation.  Because disease can progress and worsen, it is vital to obtain a diagnosis.

Historically speaking, one of the more disturbing reasons that people have suffered disease-induced laughter was contraction of Kuru disease.  As recently as the 1960s, the Fore tribe in New Guinea was practicing the funereal ritual of eating deceased family members’ brains, which sometimes resulted in the fatal “laughing sickness.”  The Fore people practiced this tradition (as an act of love and grief) because they believed that being consumed by family members was preferable to rotting and being devoured by maggots.  Caused by the ingestion of infectious prion proteins, Kuru disease has an average incubation period of ten to thirteen years, but can last as long as fifty years.  In addition to involuntary laughter, symptoms include uncontrollable tremors, body aches and dementia.  Death generally occurs about a year from the onset of symptoms.  The Fore people have long since stopped this ritual, so the disease is nearly obsolete these days, but Kuru is only one disease in this class of deadly prion-related illnesses, and has found its modern day footing in the form of Creutzfeldt-Jacob disease (more commonly known as Mad Cow Disease.

The cases mentioned above are disturbing, but extraordinarily rare.  One can generally expect to survive a laughing attack and laughter’s benefits far outweigh its risks.  It reduces stress, promotes healthy heart function and makes social situations more enjoyable, so the next time you hear someone say, “I don’t know whether to laugh or cry…” you’ll know the answer.

Provine, Robert, A Study Guide for:  Cracking the Laughter Code, 2000

Scheve, Tom, What are Endorphins?

Mapes, Diane, Can You Die From Laughter?, June 24, 2011, nationalgeographic.com

Gayomali, Chris, Turns out, you can die from laughing too hard, December 19, 2013, theweek.com

Hamblin, James, So Funny I Died:  How Laughing Can and Will Kill You, April 18, 2011, splitsider.com