Home Topics Addiction What You Don’t Know About Ativan: The Hidden Epidemic of Benzodiazepine Abuse 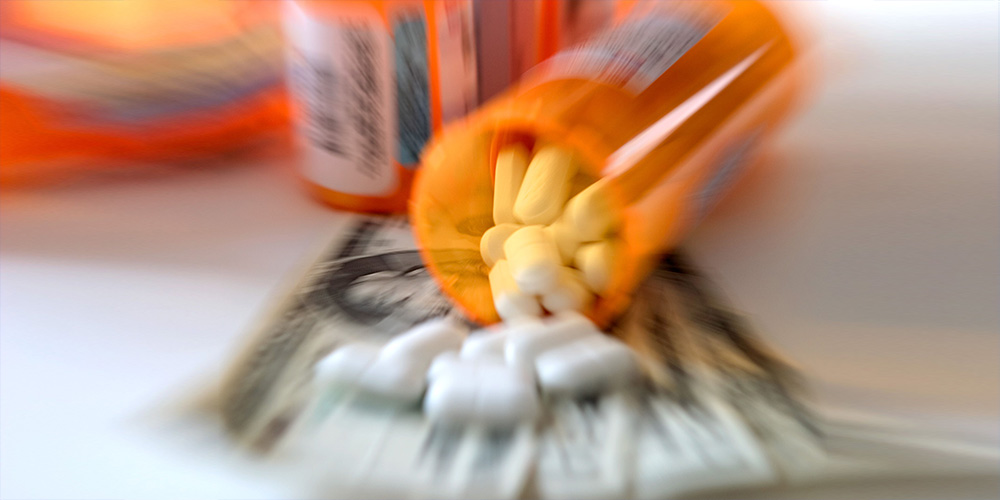 What You Don’t Know About Ativan: The Hidden Epidemic of Benzodiazepine Abuse

What You Don’t Know About Ativan: The Hidden Epidemic of Benzodiazepine Abuse

Narcotics-related deaths occur daily on a worldwide basis, but when someone famous dies as the result of a drug overdose, the public tends to pay attention. Prince’s recent death shed more light on the growing opioid epidemic, and this week’s passing of Soundgarden frontman Chris Cornell has focused the spotlight on benzodiazepine abuse. Family and friends claim that, despite his battles with addiction, the singer was not suicidal. The rocker’s wife further asserts that an overdose of the prescription drug Ativan is likely responsible for her husband’s self-inflicted death by hanging. While it may not be the sole cause of his death, research does suggest an association between this drug and suicidal thoughts and actions.

Ativan is in a class of drugs called benzodiazepines. Approximately fifteen types of “benzos” have been approved by the FDA for treatment of anxiety related conditions. The active ingredient in Ativan is lorazepam, a chemical that facilitates the release of a naturally occurring neurotransmitter in the brain called GABA. Short for gamma aminobutyric acid, GABA is a nerve calming agent that can aid in anxiety reduction and promote sleep. Classified as an “intermediate duration drug,” it is generally indicated for short-term use (two to four weeks) and is prescribed in low doses due to its potency. Because it is fast-acting, Ativan may be utilized to quickly reduce stress prior to a surgery or an airplane flight.

This drug is highly addictive and has a lengthy list of potential side effects, including drowsiness, unsteadiness on the feet, slurred speech, confusion, feelings of depression and thoughts of self-harm or suicide. Combining it with alcohol or other drugs can be lethal. The mixture of benzos and opioids is particularly dangerous. Both slow down the central nervous system, so combining them can cause respiratory depression, coma and death. In fact, the FDA recently required pharmaceutical companies to place “black-box warnings” (their highest level warning) on nearly four hundred products to inform people of the dangers associated with using the drugs together.

When deciding to take Ativan, a history of negative thoughts and feelings or depression must be carefully considered, as these conditions can be activated or exacerbated by the medication. Misuse can also cause anterograde amnesia, which is the inability to create new memories after the event that caused it. While experiencing this phenomenon, more commonly known as a “blackout,” some individuals are prone to engaging in more dangerous or disinhibited behaviors. Suicide committed during a blackout would still likely be attributed to a host of underlying conditions, but a recent review of the relevant literature by Tyler J. Dodds, MD called, “Prescribed Benzodiazepines and Suicide Risk,” suggests that there is indeed an association between the use of the drug and an increase in suicide attempts and completions. Ativan can impair inhibition and culminate in the execution of dangerous and/or impulsive behaviors.

Misuse or abuse of Ativan can build up a tolerance to the drug. When this occurs, higher doses must be taken in order to achieve the same effect that had previously been attained by lower doses. Withdrawal from benzos can be extremely difficult, painful and last for months. The process can be accompanied by a host of unpleasant side effects, including seizures, sleeplessness, vomiting, sweating and unusual thoughts and behavior. Several health conditions prohibit their use altogether, including narrow angle glaucoma and myasthenia gravis. Use during pregnancy can cause birth defects and life-threatening withdrawal in newborn babies.

In 2013, thirty-one percent of all fatal prescription drug overdoses were due to benzodiazepines.

In 2015, a survey conducted by SAMHSA (The Substance Abuse and Mental Health Services Administration) revealed that 446,000 people aged twelve and older had abused sedatives during the previous month.

While benzodiazepines are extremely useful as sedatives, anxiety reducers and muscle relaxers, they are intended for short-term use. As with any drug that is taken correctly, Ativan can benefit the patient greatly. Incorrect usage however, can result in addiction, life threatening behaviors and even death.

If you or someone you know is having suicidal thoughts, please call the National Suicide Prevention Hotline at: 1-800-273-8255.

Subscribe to This Life podcast to hear Dr. Drew and Mike Catherwood discuss the tragic and shocking death of Soundgarden’s Chris Cornell.

Updated In 2019: Healthline.com, “What is Ativan?” https://www.healthline.com/health/cdi/ativan

“7 Things About Benzo Withdrawal You Might Not Know,”  http://drugabuse.com/