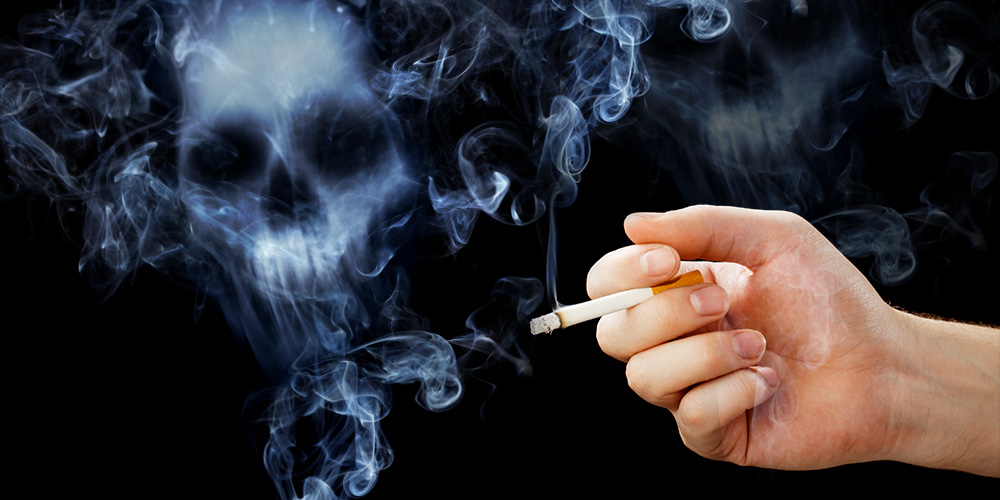 Cigarettes and Advertising: A Lethal Combination

Cigarettes and Advertising: A Lethal Combination

“Just what the doctor ordered”

“Blow in her face and she’ll follow you anywhere”

“Length and coolness come together”

These are actual slogans that have been used to sell cigarettes.  Despite decades of irrefutable scientific evidence proving that smoking cigarettes causes cancer, it is still the leading cause of preventable death in the United States.  Accounting for one in five deaths annually, fifteen percent of adults in this country still smoke!  Health warning labels have been required to appear on all cigarette packages sold in the United States for more than forty years, so why is it still such a popular pastime???

In addition to smoking’s addictive qualities, the answer is powerful and (at times) extremely misleading advertising tactics.  Campaigns geared toward smokers and potential smokers are highly effective at retaining old customers and recruiting new ones.  Public relations companies have been overwhelmingly effective at combating the well-documented hazards of smoking with glossy campaigns designed to appeal to every sector of humanity.  When smoking first came into fashion, it was an activity that was geared towards men.  Ads implied that smoking could help win wars, improve athletic prowess, increase patriotism and seduce women.

Interestingly, women were spared the first wave of advertising, as smoking was considered an exclusively male activity for most of the first half of the twentieth century.  Women who smoked at that time were stigmatized and labeled has having poor morals or loose sexual practices.  Sometime around World War I however, this attitude began to change.  Women had begun working in fields that had been previously dominated by men.  They  started wearing trousers, sporting shorter haircuts, engaging in athletic pursuits and asserting their independence.

The tobacco companies quickly realized their short-sightedness and endeavored to change the commonly held notion that women who smoked were low-class.  Swiftly recognizing that their customer base could be doubled, they began specifically targeting women.  Their gambit was successful.  In short order, smoking became not only an acceptable activity for women, but a highly desirable one.  Women were encouraged to enroll in (tobacco company sponsored) classes to learn how to “smoke properly,”  and feminine packaging was used to attract female customers.  Ultimately, however, tobacco companies figured out how hit women where it mattered the most – in the waistline.  Shamelessly exploiting women’s insecurities about weight, cigarettes were marketed as a good alternative to snacking.

As smoking gained widespread popularity, campaigns featured movie actors, sports stars and trustworthy figures such doctors and dentists who promoted smoking as healthful.  Smoking was seen as glamorous, and promised a variety of health improving properties, including “calming the nerves” and “protecting the throat.”  We may find these claims laughable today, but before people were properly educated about its deadly consequences, smoking was seen as a positive, status improving activity.

The 1950s ushered in a new era of awareness regarding the hazards of smoking cigarettes.  The general public’s growing concern was accompanied by an increasing abundance of scientific data that supported a link between smoking and lung cancer.  Until now, the tobacco industry had enjoyed a wildly successful run, virtually unimpeded by negative criticism and proven facts – and it was not about to go down without a fight.

Unwilling to stand down to mounting evidence which proved the dangers of smoking, the top tobacco companies enlisted the assistance of a public relations guru who masterfully turned things around.  The Tobacco Industry Research Committee (TIRC) was formed in response to the public’s growing concern about the safety of tobacco.  Publicly, it positioned itself as a watchdog for the tobacco industry, but TIRC’s true goal was to serve the industry’s collective interest – selling cigarettes.  It conspired to obfuscate the truth about the dangers of tobacco by controlling scientific discoveries about smoking and its negative health effects.  They even went so far as to appoint an impressively credentialed doctor who, himself, questioned the negative data.  This plot was effective and the tobacco industry managed to achieve a culture of uncertainty – even in the face of indisputable science.

This iconic slogan’s purpose was twofold.  Not only was it designed to encourage longterm smokers to continue with their habit, but it was also an attempt to capitalize on the popularity of the women’s liberation movement.  The cigarette brand that utilized this catch phrase marketed its product directly to women and gamely exploited their burgeoning independence and demand for gender equality by promoting smoking as a symbol of empowerment and emancipation.  Not only did it epitomize glamor, fun and success, but it represented a lifestyle to aspire to.  Women proudly puffed their “torches of freedom” alongside their male counterparts while the tobacco companies forged ahead in their tireless efforts to enlist more smokers.  For many women who began smoking in this era, the habit became an important component of their very identities.  The prospect of quitting, even at the threat of death, was unthinkable.

Astonishingly, millions of Americans continue to smoke in spite of everything we now know about the dangers of tobacco.  Throughout history tobacco companies have appealed to potential smokers by using catchy phrases, sexual innuendo, candy flavors, public figures, slick packaging, product placement and prize giveaways.  While strict laws are now in place regarding advertising, tobacco companies continue to thrive.  The good news is that less people are smoking.  In 2005, 20.9% of adults smoked compared to the 2014 number, which is just over 15%.

Before you light up that next cigarette (or that first cigarette) keep in mind that there are over twenty cancers that are caused by this addictive habit.    Then ask yourself:  Do I want to be one in five people who will die this year because of a smoking related illness?  Adolescents, in particular, must take extra care before making the decision to smoke, because studies show that they almost never give up the habit when starting so early in life.

Learn more about the dangers of smoking and the effect it has on the human body on this week’s episode of Weekly Infusion. Pathology Assistant, Nicole Angemi, presents the ugly truth about smoking and the many ways it will kill you.

Amos, Amanda and Haglund, Margaretha, “From social taboo to “torch of freedom:” the marketing of cigarettes to women, March, 2000, http://tobaccocontrol.bmj.com/content/9/1/3.full

“Three Key Moments in the History of Marketing Tobacco to Women,” August 26, 2016, http://truthinitiative.org/news/three-key-moments-history-marketing-tobacco-women

Soloman, Dan, “Follow the History of Smoking In Advertising – From Aspirational to Shameful,” August 17, 2014, https://www.fastcocreate.com/3034457/follow-the-history-of-smoking-in-advertising-from-aspirational-to-shameful