Is That Scaly Red Patch On My Skin Cancer?!? 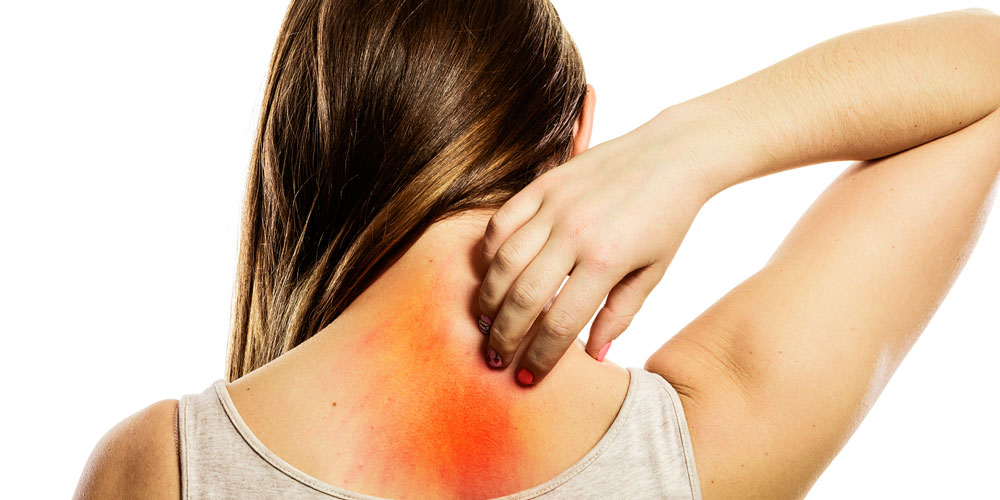 Dermatological issues can range from the benign to the deadly, which is why it is so important to have your skin checked by a doctor regularly.  Mysterious looking scaly red patches on the skin can result in several diagnoses, including eczema, actinidic keratosis, several types of basal cell carcinoma and a pre-cancerous condition called squamous cell carcinoma in situ or Bowen’s Disease, to name just a few.  Bowen’s disease is a rare skin lesion that can be flat or slightly raised and appear crusty, scaly and red or brownish in color.

In situ means that the effected area is still confined to the epidermis and hasn’t spread to deeper layers of the skin.  Because it can be mistaken for any number of skin conditions, a biopsy is generally required to confirm the diagnosis.  Though generally asymptomatic, these slow growing, persistent patches of plaque can itch, ooze, bleed and become tender.  They usually appear in one area (most often the lower leg) but ten to twenty percent of cases may have more than one lesion.  The versions that grow on the genitals can be more problematic and cause itching and burning during urination.  Bowenoid Papulosis, can affect both men and women and is caused by the human papilloma virus, which is most often transmitted by skin to skin contact.

People affected by Bowen’s Disease are usually white and over sixty years of age.  Men are affected more often than women.  The cause is unknown, but people with compromised immune systems are at a higher risk as well as people who have had excessive sun exposure during their lives.

Though the risk of Bowen’s Disease progressing to squamous cell carcinoma is low at ten to fifteen percent, it should be treated.  Signs that it has transformed into a malignancy can be the development of a fleshy nodule or bump in the lesion.  Fortunately, there are many effective treatments.  These include topical chemotherapy, cryotherapy (freezing), curettage (scraping with a special tool) and photodynamic therapy (the use of ultra-violet light rays), to name just a few.  All of these interventions (and more) are very effective at treating Bowen’s Disease and have a high success rates.

Bowen’s Disease is generally benign, but any suspicious looking patch of skin should be examined (and biopsied if necessary) to determine the correct diagnosis.

“What is Bowen’s Disease?” https://www.webmd.com/cancer/what-is-bowens-disease#1