Measles Can Be Deadly – Get Vaccinated! 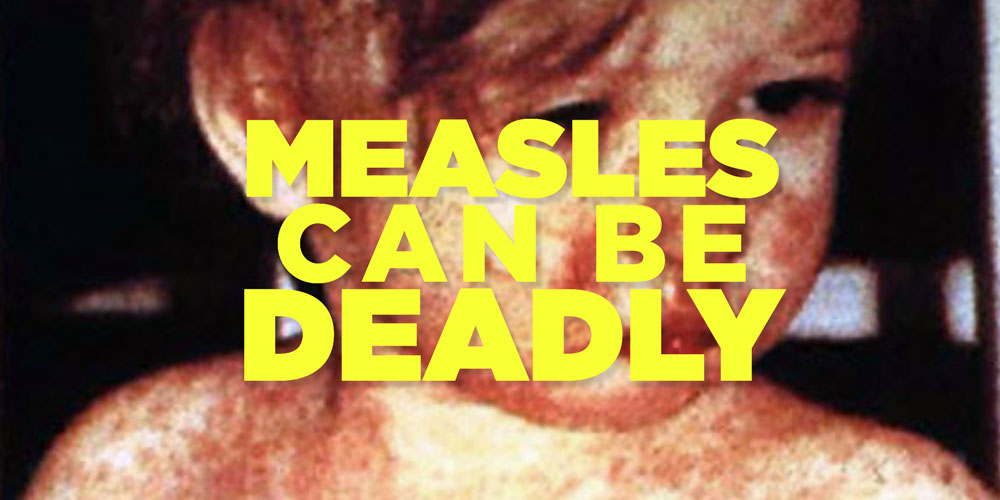 Dr. Drew explains in this recording who is at risk and who should get vaccinated. Listen, and tell a friend.

In 1998, a research paper claiming that vaccines were linked to autism was published in the Lancet, a well-respected British medical journal.  The study was eventually proven to be utterly fraudulent, and in violation of multiple ethics standards, but the lies it propagated spread like wild fire, setting the course for even more tragedy down the road.  Not only was the lead researcher on the payroll of attorneys who were litigating against vaccine companies, but numbers and outcomes were egregiously manipulated in order to support their false claims.  The Lancet ended up retracting the paper in 2010 (as did many of the researchers who participated in creating it), but the damage had been done.  This fraud, willfully perpetrated on the public, resulted in a drop in vaccination rates and, predictably, a sharp rise in incidents of preventable deadly diseases, such as measles.

Parents of children with autism understandably embraced the misinformation provided by this paper in hopes that a “cure” or reversal of the condition might be next.  At the very least, there were now entities to blame!  The blatant manipulation of vulnerable parents is unconscionable, but this damaging report has been debunked numerous times.  The onus is (and always was) on parents to recognize the very real dangers of foregoing vaccinations.  The science behind vaccinations is correct and has been proven many times over.  Unfortunately, the anti-vaxxer movement has been bolstered by some very vocal celebrities, one of whom perpetuated the report’s lies based on “mommy instinct” rather than science – even after the report’s claims were found to be falsified.  That one report could cause a spike in the spread of deadly disease is stunning, but nearly a decade after its contents were discredited, there is still a population that ferociously clings to the theory that vaccines can cause autism.

Dr. John Enders and colleagues created and licensed a measles vaccine that went on the market in the United States in 1963. Dr. Maurice Hilleman and colleagues developed a better version in 1968, and this is the one that is used to this day.  When two doses are properly given within the first several years of life, the measles vaccine is 97% effective.

Due to a highly successful vaccine campaign, measles was declared eliminated in the United States in 2000.  This is achieved by what is known as herd immunity.  Herd immunity is the protection provided to the population when 95% of its members are immunized.  This level of participation helps to ensure that people who cannot be vaccinated (young babies or those with compromised immune systems) will be provided a measure of protection against the disease.

Unfortunately, the anti-vaxxer movement has undone strides made against measles (and other diseases) over the last several years.  These groups’ dangerous and unfounded rhetoric has resulted in the number of vaccinated people dropping to 92% – well below the required threshold to keep the disease at bay.  Globally only 85% of the population is vaccinated against measles, so it is still a very real threat worldwide.  This means that unvaccinated people who travel abroad can contract the disease and bring it home with them to infect others who are vulnerable.

More than seven hundred cases have been documented so far this year, which is the largest number on record since it was declared eliminated.  Measles is highly contagious and humans are the only natural host.  Though it is most commonly transmitted by coughing, sneezing or skin-to-skin contact, these germs can remain alive in the air or on surfaces for two hours!   Symptoms usually appear between seven and fourteen days after infection and consist of a high fever, cough, runny nose and red, watery eyes.  White spots called Koplik spots, may form inside the mouth on the cheeks and eventually, a rash appears.  The rash typically starts at the hairline and is made up of flat red spots.  It tends to spread to the neck, trunk, arms, legs and feet.  Measles can come with common complications like ear infections, diarrhea, and hearing loss, as well as more severe complications, including pneumonia and encephalitis (brain swelling).  Perhaps most shocking are the long-term complications, which includes a condition called subacute sclerosing panencephalitis, a rare but fatal disease that affects the central nervous system.  This illness generally occurs seven to ten years after a person had measles.

In the decade prior to the measles vaccine becoming available, most children contracted the disease by age fifteen.  Between three and four million people were affected every year and it was the number one cause of death in young children.  The misinformation that is being spread about this illness has the potential to end in death.  Contrary to some recent comments in the news, measles is not something you should contract in order to “build your immunity.”  The “chicken pox parties” that were once a popular way to deal with the varicella virus cannot and should not be replicated in order to deal with this disease.  The bad news is that measles can cause lifelong health problems and even death.  The good news is that is completely preventable.

Q: Do I ever need a booster vaccine?

A: No. CDC considers people who received two doses of measles vaccine as children according to the U.S. vaccination schedule protected for life, and they do not ever need a booster dose

If you’re not sure whether you are fully vaccinated, talk with your doctor, get a blood test and protect yourself today!

Q: I am an adult now but only got one dose of measles vaccine as a child. Do I need a second dose?

A: If you were born after 1957 (over the age of 30) you need at least one dose of measles vaccine unless a laboratory confirmed that you had past measles infection or are immune to measles.  Certain adults may need 2 doses. Adults who are going to be in a setting that poses a high risk for measles transmission should make sure they have had two doses separated by at least 28 days. These adults include

CDC recommends that people get MMR vaccine to protect against measles, mumps, and rubella. Children should get two doses of MMR vaccine, starting with the first dose at 12 to 15 months of age, and the second dose at 4 through 6 years of age. Teens and adults should also be up to date on their MMR vaccination. Children may also get MMRV vaccine, which protects against measles, mumps, rubella, and varicella (chickenpox). This vaccine is only licensed for use in children who are 12 months through 12 years of age.

People 6 months of age and older who will be traveling internationally should be protected against measles. Before any international travel—

Q: What should I do if I’m unsure whether I’m immune to measles?

A: If you’re unsure whether you’re immune to measles, you should first try to find your vaccination records or documentation of measles immunity. If you do not have written documentation of measles immunity, you should get vaccinated with measles-mumps-rubella (MMR) vaccine. Another option is to have a doctor test your blood to determine whether you’re immune, but this option will take two doctor’s visits. There is no harm in getting another dose of MMR vaccine if you may already be immune to measles (or mumps or rubella).

Q: How effective is the measles vaccine?

Q: How long does it take for the measles vaccine to work in your body?

A: For the measles vaccine to work, the body needs time to produce protective antibodies in response to the vaccine. Detectable antibodies generally appear within just a few days after vaccination. People are usually fully protected after about 2 or 3 weeks. If you’re traveling internationally, make sure to get up to date on all your MMR shots. You should plan to be fully vaccinated at least 2 weeks before you depart.  If your trip is less than 2 weeks away and you’re not protected against measles, you should still get a dose of MMR vaccine.

If you need more information about vaccination schedules or booster shots, click on the following link.  The Centers for Disease Control provides answers to frequently asked questions about measles and immunizations here: https://www.cdc.gov/measles/about/faqs.html#booster

Howard, Jaqueline and Goldschmidt, Debra, “US Measles Outbreak is Largest Since Disease was Declared Eliminated in 2000,” cnn.com, April 25, 2019, https://www.cnn.com/2019/04/24/health/measles-outbreak-record-us-bn/index.html

“U.S. Measles Cases Highest this Century:  What you Need to Know,” April 24, 2019, https://www.healthline.com/health-news/measles-highest-since-2000#Lower-vaccination-rates-and-global-measles-crisis-are-to-blame