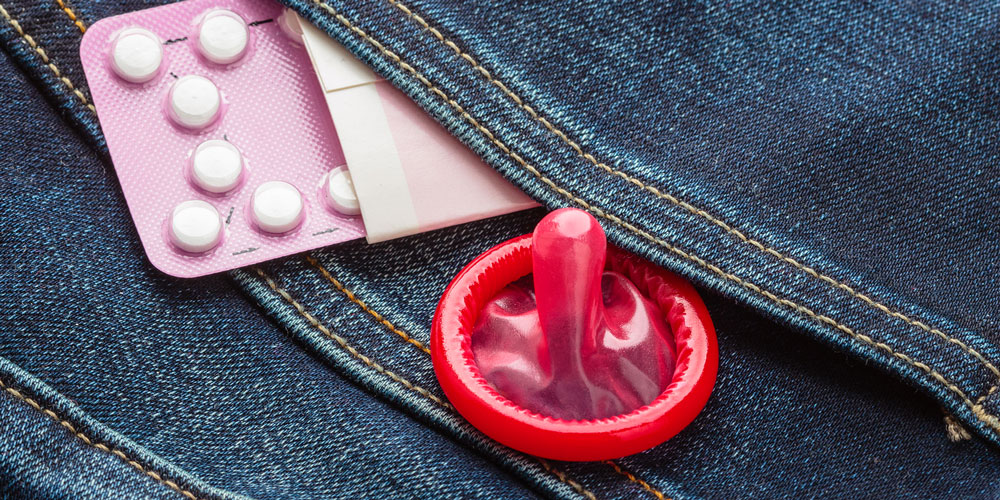 This article is the first in a series of three about birth control.  This installment will provide a brief summary of some of the many methods that have been used throughout history.  Next week’s article will provide a comprehensive breakdown of methods that are currently available to women in the United States.  The final chapter will focus on options for males – and these aren’t limited to those that you are familiar with!

Modern studies have shown that getting pregnant is NOT one of the top motivators for having sex.  In 2007, psychologists Cindy Messon and Dave Buss published a paper, “Why Humans Have Sex,” which asked 444 people between the ages of seventeen and fifty-two to list the reasons they chose to have sex.  A total of 237 reasons were identified.

Getting pregnant wasn’t even in the top fifty.

Given this information, it should come as no surprise that people have been controlling (or attempting to control) their reproductive lives for thousands of years.  Ancient civilizations used a stunning variety of substances and methods to discourage impregnation.  Some of these have been tested and shown to be somewhat effective, but others were extremely dangerous, often resulting in death.  While some ancient peoples possessed a rudimentary understanding of how conception occurred, others had no idea about the biology responsible for a fetus’ development.  As such, they were prone to crediting the process to celestial bodies such as the sun, moon and stars, as well as weather-related phenomena and certain food items.   Birth control methods were often a combination of medical knowledge, folk remedies, religious beliefs, social morays and superstition (among other factors).  The bottom line is that people have always enjoyed sex, but usually don’t want it to result in pregnancy.  To that end, some interesting tactics have been relied upon to avoid conception throughout the course of history.  Some of these methods persist and many of them have mercifully been left to the ages.

One method that has stood the test of time is coitus interruptus, which was first documented in the Torah over 2500 years ago.  This is a fancy expression for the “withdrawal method,” aka interrupting the sexual act by withdrawing the penis from the vagina before ejaculation.  Mankind has also relied on some version of the condom for several millennia.  French cave drawings that date back twelve to fifteen thousand years depict what appears to be a man using a prophylactic.  While these methods are still some of the modern-day “go-tos,” there are many more that were proven ineffective, injurious and even death inducing.

Some of the more dangerous methods were practiced by ancient Chinese women, who sometimes drank lead or mercury to control fertility.  Needless to say, this could have devastating health effects ranging from sterility to brain damage to death.  Perhaps one of the most shocking practices, however, occurred much more recently.  During the first years of the twentieth century, manufacturers of harsh disinfectants and detergents (including Lysol!) advertised and promoted these stringent household-cleaning supplies for use as contraceptive “feminine hygiene” douches!!  These companies shamelessly preyed upon women’s fears and embarrassment about naturally occurring feminine odor, by urging them to flood their vaginas with the noxious chemicals in order to “clean” themselves and “prevent pregnancy.”  Sadly, millions of women bought into the shocking ad campaigns, and by 1911 the medical community had recorded 193 Lysol poisonings and five deaths as a result of this practice.  Fortunately, most birth control methods used throughout history didn’t end in tragedy.  That being said, many substances and devices that were used for birth control were uncomfortable, cumbersome (or both), and others were just downright ridiculous; consider for example, women who lived during the Middle Ages in Europe who were advised to tie weasel testicles to their thighs or necks prior to intercourse.

Creating a barrier that prohibits semen from entering the uterus has long been a popular and reliable form of birth control.  These days women can discreetly deploy sponges, diaphragms and cervical caps to prevent sperm’s travel to the egg, but blocking the cervix’ entrance hasn’t always been so easy.  Historically, one of the more effective ways to deny sperm’s passage is by the use of pessaries.  A pessary is a suppository that is inserted into the vagina with the goal of barricading the uterus.  Many different cultures relied on combinations of plants, herbs, oils and other substances to create these cervical plugs.

Ancient Egyptian women created pessaries from many natural ingredients, including cotton, dates, honey and fermented acacia (which has been shown to have a spermicidal effect).  Egyptians also used a recipe that included alligator dung, but modern-day tests of this substance show that it may actually have encouraged pregnancy because of how it affected pH levels in the vagina!

Predictably, men created many of the birth control methods that were used by people in antiquity.  In his opus, De Materia Medica, Diascorides (40-90AD), a prominent Greek physician, recommended pessaries of peppermint or sicklewort mixed with honey, and in 200 AD, Soranus, a Greek gynecologist directed women to hold their breath during intercourse and then sneeze afterwards in an effort expel sperm and prevent conception.  Quite incredibly, the man who would become Pope John XXI (1276 AD) wrote extensively about birth control, and even Casanova (1725-1798), the Italian adventurer made famous by his sexual conquests, got in on the act by taking credit for the invention of a crude cervical cap (a partially squeezed lemon half).

Among the more successful natural substances used for birth control was discovered in Northern Africa (in what is now Libya) sometime during the seventh century BC.  A plant called sylphium was known to be highly effective at preventing pregnancy and sought after for this purpose by people the world over.  Not much is known about the plant, but experts believe that it may have been a member of the celery family.  Its popularity spawned a robust contraceptive trade for the period between its discovery and its eventual extinction in the fourth century BC.  The plant was a vital component to the area’s economy and was even depicted on coins used at the time.

Since its inception, opinions and ideas about birth control have been influenced, shaped and affected by cultural norms and expectations.  To this day, female virginity remains a source of pride for many women, as well as the accepted requirement of their would-be spouses.  Such demands are derived from ancient tribal desires to establish and maintain paternity.  These standards are also partially responsible for men seeking sexual gratification with prostitutes and other sex workers prior to marriage.  Unfortunately, these urges often end up manifesting in their virgin wives as sexually transmitted diseases.

Colonial Americans used a form of “birth control” called bundling boards.  Because of spatial limitations and cold temperatures, young couples, who were involved in courtship were often allowed to sleep in a bed together – albeit one that was fitted with a long wooden plank to separate them.  Unsurprisingly, this method wasn’t particularly effective at preventing pre-marital sex and pregnancy.

In 1839, Charles Goodyear figured out how to vulcanize rubber, and by 1955, more reliable versions of condoms and diaphragms were being manufactured and sold.  Despite these advances however, birth control was still illegal because of the Comstock Act, which was the brainchild of Anthony Comstock.  Comstock was a devout Christian who had served in the Civil War and settled in New York afterwards.  Once there, he was angered and disgusted by the prostitution, pornography and lascivious behavior he witnessed.  Concluding that contraceptives were responsible for promoting lustful and lewd behavior, he wrote a bill that was passed by Congress in 1873.  It prohibited the advertisement and dissemination of birth control and any information related to it.

Americans who were interested in advancing the birth control movement witnessed a giant leap forward when Margaret Sanger took up the cause.  Sanger is credited with coining the phrase “birth control,” and starting the first American clinic.  The American Birth Control League was the precursor to Planned Parenthood, and founding it lead to the first of many arrests and convictions for her in 1916.  Undeterred by the hurdles she faced, Sanger continued to challenge the Comstock Act.  Significant progress was made in 1918 with The Crane Decision, which allowed women to use birth control for “therapeutic purposes,” and again in United States vs. One Package of Japanese Pessaries, in which the United States Court of Appeals for the Second Circuit in New York confirmed that physicians had the right to distribute contraceptives to patients for medical purposes.  By 1941 doctors were regularly recommending diaphragms for birth control.

Sanger’s quest for a contraceptive pill was supported both ideologically and financially by her good friend (and heiress to the International Harvester fortune), Katherine Dexter McCormick.  McCormick paid for the research done by biologist Gregory Pincus that would eventually result in the introduction of the first birth control pill, Enovid.

The FDA approved Enovid for contraceptive use in 1960, and in 1965 The Supreme Court finally gave married couples the right to use birth control, ruling that it was protected in the Constitution as a right to privacy.  That same year, there were 6.5 million American women on the pill.

Next week’s article will provide a thorough list of female contraceptives currently available in the United States.  It will include information about their efficacy and mechanisms of action.

Nicolchev, Alexandra, “A Brief History of the Birth Control Pill,” May 7, 2010, http://www.pbs.org/wnet/need-to-know/health/a-brief-history-of-the-birth-control-pill/480/