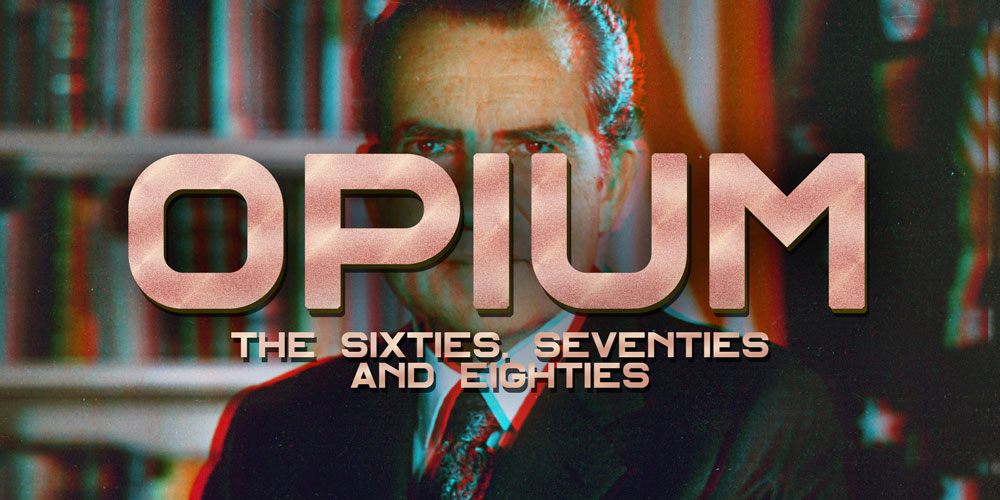 The Sixties, Seventies and Eighties [History Of Opium: Part 8] 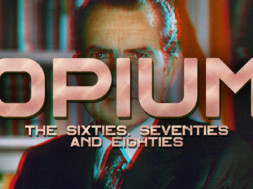 The Sixties, Seventies and Eighties [History Of Opium: Part 8]

“It is no exaggeration to say that heroin addiction – if not checked by decisive action now – could cripple a whole generation or more of Americans in the critical years ahead.  If we do not destroy the heroin menace, then it will surely and eventually destroy us and our great nation’s future.”

The second half of the twentieth century begins the modern era of addiction treatment. Shock therapy, prefrontal lobotomies and prolonged institutional stays were still being used to treat addicts, but other methods were emerging as well. Methadone was becoming a popular form of opiate withdrawal treatment championed by Dr. Marie Nyswander, and Narcotics Anonymous was finally coming into its own after several iterations. The current version of the organization was founded in 1953, and is based on the traditional twelve-step model of recovery. Established in Southern California by Jimmy K. after drinking and drug abuse had ruined his life, NA drew mostly serious heroin addicts at the beginning.

The sixties ushered in an era of major social change inspired by civil rights struggles, Vietnam War protests and illicit drug use. Traditional social mores were challenged regularly and young people were embracing Timothy Leary’s call to, “turn on, tune in, drop out.” Nixon endeavored to associate marijuana use with hippies and heroin use with African Americans in an effort to control them and levy legal action against them when necessary. Cannabis came to the United States in the 1920s with Mexican immigrants, but its widespread use didn’t occur here until the 1960s. Initially popular in the jazz community, marijuana use quickly spread to the white youth of America where its effects (along with other more dangerous drugs) quickly became apparent to a young doctor in Northern California named David Smith. Witnessing the suffering of the burgeoning population of flower children in his San Francisco community, Smith opened the Haight-Ashbury Free Clinic in 1967, and began ministering to young residents who walked through its doors by the hundreds each day. Whether they arrived ill with pneumonia or in the throes of a bad drug trip, Smith and his colleagues provided medical services free of charge declaring that, “health care is a right, not a privilege.” In 2017 the clinic celebrated it fiftieth anniversary.

A 1969 investigation by Congress determined that fifteen to twenty percent of soldiers in Vietnam had used heroin and that eighty percent had used marijuana. After visiting troops there, Representative Robert Steele proclaimed that, “a soldier going to Vietnam runs a far greater risk of becoming a heroin addict than a combat casualty.” It was concluded that the heroin use had to do with the fact that it was readily available, cheap and helped dull the miseries of war. Lots of people were using drugs in Vietnam, which made it a “normal” response to an otherwise unbearable situation. The stressful environment that gave rise to the abuse-driving stimuli was also far from home and disapproving eyes of friends and family.

While soldiers’ drug use in Vietnam had begun to shine a light on heroin abuse, the current American epidemic had actually started around 1965. Initially, minority populations that lived in metropolitan areas on both coasts were affected, and from there it spread to other large cities across the country. By 1970 it was in smaller cities as well.

One of the major heroin suppliers during this period was an infamous character by the name of Frank Lucas. After a poor upbringing in rural North Carolina, Lucas moved to New York and immediately embraced the life of a thug. When a major Harlem gangster died, he aspired to take over his turf and become a wealthy drug dealer by cutting out the middleman. He achieved this by traveling to Southeast Asia and making connections in the Golden Triangle, where large amounts of heroin were produced. Having procured the necessary help by paying off officials both overseas and at home, Lucas set about running one of the most profitable drug rings of his day. Lucas, a flamboyant figure, claimed that the drugs were shipped back to him in the United States via specially constructed coffins that had been fitted with false bottoms – the drugs were hidden beneath the bodies of soldiers. Upon his final release from prison, Lucas returned to Harlem and, with remorse, recognized the terrible and lasting impact that his criminal activity had wrought there. He spent his remaining years trying to repair the damage he had caused.

Nixon’s “War on Drugs” coincided with his signing of the Controlled Substances Act (1970), which called for the strict regulation of certain drugs and substances. The legislation placed prescription drugs into one of five schedules depending on medical use, abuse potential and a few other deciding factors. Schedule I drugs are illegal and are deemed to have “no medical use.” They include heroin, LSD, marijuana and cocaine. Abuse potential diminishes with each successive Schedule. Unfortunately, a Schedule I designation prevents meaningful research from being done, which dismisses any possibility of finding useful medical applications for them.

After declaring drug abuse “public enemy number one,” Nixon increased federal funding for drug control agencies and created the Special Action Office for Drug Abuse Prevention. His next salvo was the formation of the DEA (Drug Enforcement Agency). Formed in 1973 under the leadership of John R. Bartels, Jr., the DEA consolidated many of the agencies that had, up until that point, been dealing with drug enforcement.

1974 saw the founding of NIDA (National Institute on Drug Abuse). Tracing its beginnings to a small research unit at the U.S Public Health Service Hospital (Formerly the Narcotics Hospital in Lexington, Kentucky), it was established by Congress as “the Federal focal point for research to increase knowledge about drug abuse, promote effective strategies to deal with the problem and develop and manage a nationwide network of drug abuse, prevention and training programs.” Initially it focused on heroin and its connection to crime.

NIDA supported lots of research and would eventually make many groundbreaking discoveries about how the brain worked. Its first director was a physician named Robert DuPont, who also served as Drug Chief under Presidents Nixon and Ford. Initially, Dupont was a proponent of methadone, which he used effectively to treat many addicts (ninety percent of whom were African-American) in the Washington D.C. area. Despite his success however, a large sector of the public disagreed with the approach because it was increasingly being seen as a way to enslave African-Americans for political purposes.

Nixon’s presidency was associated with Methadone expansion, which only served to shore up the public’s opinion that his administration was trying to keep African-Americans from being politically active.

Eventually, DuPont would come to the conclusion that these circumstances were untenable as they related to using methadone because it was also addictive – treating one addictive drug with another was just “never going to work.” This is yet another example of the medical community failing to recognize its past mistakes and continuing the cycle of addiction borne of addiction treatment.

Notably, DuPont was also one of the authors of “The White Paper on Drug Abuse” (1975), written for President Gerald Ford. This document intended to assess the extent of drug abuse in America and make recommendations on how the Federal Government might reduce it. Reflecting back on the paper in 2000, Dupont was embarrassed about the unsophisticated analysis contained in the report. He takes responsibility for his part in it and believes that it “failed to understand the nature of addiction.”

In 1983 the Los Angeles Police Department created D.A.R.E. Drug Abuse Resistance Education was a program that sent uniformed police officers into schools to educate and warn children about the dangers of drug use. Despite having been implemented in over seventy-five percent of schools, a 2009 study showed that the program was largely ineffective, and that teens that were enrolled in the program were just as likely to use drugs as those who weren’t. To that end, D.A.R.E. has made many adjustments to their curriculum and (as of 2018) have added a lesson that deals with opiates.

In 1993 the DSM III-R (The Diagnostic and Statistical Manual of Mental Disorders), which provides a standard criteria for classification of mental disorders, distinguished three levels of drug related behaviors and functioning. They were: drug dependence, drug abuse and drug use. It was suggested that these be regarded as concentric circles that would ebb and flow as people moved back and forth between the groups. That same year, the National Research Council (U.S.) Committee on Substance Abuse Prevention Research declared in a summary…”heroin use is so rare as to barely be measurable.”

Next week: Pros and cons of Methadone and the advent of Hazelden and Betty Ford treatment centers.

Amico, Chris, “How Bad is the Opioid Epidemic,” February 23, 2016, https://www.pbs.org/wgbh/frontline/article/how-bad-is-the-opioid-epidemic/

Cicero, Theodore, et al., “The Changing Face of Heroin Use in the United States:  A Retrospective Analysis of the Past 50 Years,” JAMA Network, July, 2014, https://jamanetwork.com/journals/jamapsychiatry/fullarticle/1874575

Kuzmarov, Jeremy, “The Myth of the Addicted Army:  Vietnam and the Modern War on Drugs,” University of Massachusetts Press, 2009

McGrath, Michael, “Nancy Reagan and the Negative Impact of the ‘Just Say No’ Anti-Drug Campaign,” The Guardian, March 8, 2016, https://www.theguardian.com/society/2016/mar/08/nancy-reagan-drugs-just-say-no-dare-program-opioid-epidemic