Home Topics Addiction Who is Responsible for Treating the Addicts? [History Of Opium: Part 7] 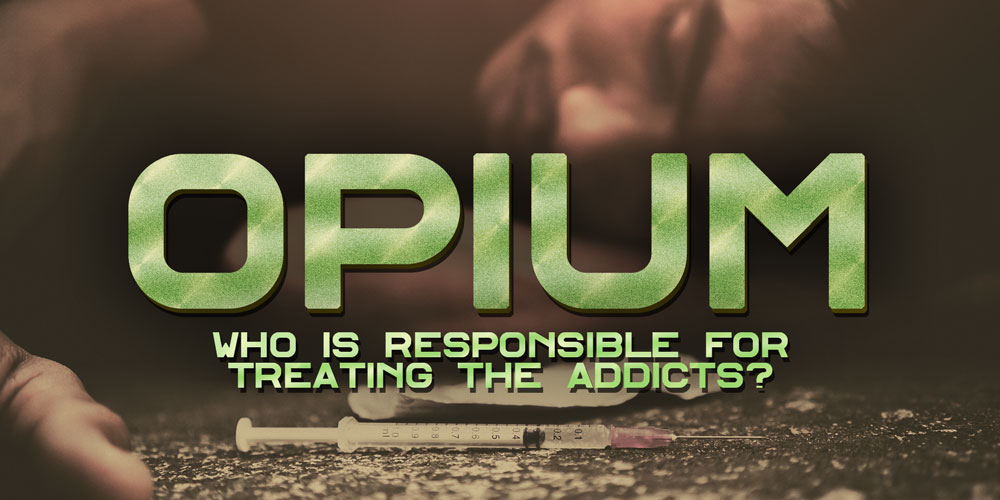 Who is Responsible for Treating the Addicts? [History Of Opium: Part 7] 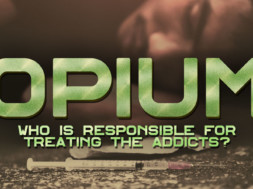 Who is Responsible for Treating the Addicts? [History Of Opium: Part 7]

“The American narcotics problem is an official tragedy with real victims.”

The era following the passage of the Harrison Narcotics Act in 1914 was all over the map with regard to the handling of addicts. Up to that point they had relied on their physicians to lawfully prescribe opiates, but the looming threat of lawsuits and prison time now resulted in the vast majority of the medical community’s refusal to provide them. The law was further crystallized in 1919 when the Supreme Court decided (in Webb vs. The United States) that prescribing drugs to keep addicts “comfortable” did not fall into the parameters of the physicians’ exemption as outlined in the Harrison Narcotics act; prescribing to addicts was illegal. Predictably, many addicts resorted to unlawful activities in order to get their drugs. Meanwhile, physicians were fraught with fear and confusion over how to deal with longtime patients who were now regarded by the law as criminals. Some doctors were being arrested even as others were having their cases thrown out. The dawn of the Prohibition Era in 1920 added another wrinkle to the landscape when the manufacture, transport and sale of alcohol were deemed illegal.

Amidst all the legal chaos, a well-respected physician in Seattle named Dr. Charles Linder was indicted after he prescribed a small amount of opiates to an informant during what essentially amounted to a sting operation. Ultimately, his reputation was legally restored when his conviction was overturned in Linder vs. The United States (1925). The Supreme Court found that it was legal for a physician operating in good faith to prescribe narcotics to ease withdrawal symptoms.

In 1930 The Federal Bureau of Narcotics was established within the Department of the Treasury and Harry J. Anslinger was appointed as its first commissioner. Largely credited as the architect of early American drug policy, Anslinger would head the bureau for the next thirty-two years. He was a controversial figure who favored strong punishments for drug offenders and championed the notion that marijuana was the gateway drug that lead to other addictions. During his tenure, he lead the charge towards tougher laws, such as the Boggs Act (1951), which put harsher mandatory sentencing laws on the books.

World War II disrupted the international heroin and opium trade, and as a result, the American government was temporarily able to tighten its grip on the distribution of drugs within the United States. During this period in Nazi Germany, however, none other than Adolf Hitler may have been reliant on a mix of opioids and cocaine to keep up with his demanding schedule. In his 2017 book, “Blitzed: Drugs in the Third Reich,” author Norman Ohler claims that Hitler’s doctor was regularly dosing the Führer with an opiate called Dolantin (aka meperidine which is also Demerol). He bolsters this claim with reports of several witnesses who were present when Hitler fired his physician as he yelled, “You have been giving me opiates the whole time! Get out of the bunker and leave me alone.”

Meanwhile, back in the United States, the Federal Bureau of Narcotics was claiming that addiction was no longer a significant problem. By the end of the 1940s, however, that sentiment disintegrated when a rise in heroin use occurred. In Chicago, for instance, the drug was popular among young African Americans who were part of the jazz music scene. At this time, high quality heroin was relatively cheap and its addicts were not considered delinquents.

The increase in addiction rates following World War II also lead to the establishment of the Riverside Hospital in New York (1952). This facility, dedicated to treating drug addicted adolescents, appeared to have all the makings of a success story. It offered a multi-disciplinary approach that featured hospital-based treatment of heroin addiction. The patients were cared for by devoted medical staff, social workers, teachers, clergy and volunteers, who conducted psychotherapy, offered educational classes and provided cutting-edge medical treatment. Like so many programs and treatment centers before it, however, this one failed as well, with ninety-seven percent of its participants returning to addiction. This thoughtful and comprehensive approach to treating addiction brimmed with potential, but its failure demonstrated the long-term challenges inherent in treating addicts. This program was just one of many to prove that sustaining recovery is one of the more difficult aspects of treating addicts; follow up programs are cost prohibitive, labor intensive and lack the critical twelve-step component that are vital to keeping addicts accountable.

After the end of World War II, United States intelligence made an important discovery in some scientific material that was confiscated in Germany. This particular cache contained documents that outlined the development of a long-acting, synthetic alternative to morphine. Ely-Lilly brought the drug to market in 1947 under the name dolophine and it would soon find lasting use as a withdrawal treatment in the United States as methadone.

Methadone’s use as long-term maintenance for opiate addiction was spearheaded Dr. Marie Nyswander and her husband, Dr. Vincent Dole. Nyswander had recently published “The Drug Addict as Patient” (1956), and advocated the idea that addiction should be treated as a medical problem. During the course of treating addicts, Nyswander and Dole discovered that, despite its addictive qualities, Methadone had fewer negative side effects than other opiates. They also noted a reduction of the problematic behaviors associated with addiction.

Methadone and other opiates (like heroin) work by binding to mu-opioid receptors in the brain. It is taken in pill or liquid form and is absorbed rapidly but has a delayed onset. It is metabolized by the liver, where it is stored, and then released slowly into the bloodstream. When taken regularly, it prevents unpleasant withdrawal symptoms. Methadone has a half-life (the amount of time that it takes the body to reduce the drug’s presence by half) of approximately twenty-eight hours. This means that once-daily doses can be used to maintain clinically effective levels of the medication at all times.

Opponents of high-dose, long-term Methadone maintenance therapy argue that this treatment is merely replacing one addiction with another, which is absolutely true. Dr. Nyswander and Dr. Dole, however, argued that a “harm reduction” oriented approach to treating addicts was a preferable alternative to death. They believed that indefinite high-dose Methadone treatment was the most realistic goal for many of their opiate-addicted patients, and that health and behavior were what mattered – not the absence or presence of opiates in system. They advanced the idea that Methadone maintenance was an acceptable alternative to complete abstinence. The Narcotics Farm in Lexington Kentucky (see last week’s article) also favored Methadone as a withdrawal treatment for its population of addicts.

Though many addicts claim that Methadone has changed their lives for the better, the medical community’s approval of its long-term use as a treatment goes right the heart of what “curing” patients actually means. Proponents of this method believe that it is a viable option, but critics argue that is it’s just another instance of physicians fueling the seemingly endless cycle of opiate abuse. Iatrogenic addiction to opiates is a recurring theme in the history of the United States and one that desperately needs to be understood.

Next week: Thousands of American soldiers become addicted to heroin in Vietnam and First Lady Nancy Reagan tells America to “Just say no.”.

Jones, Jonathan S. “Then and Now:  How Civil War-Era Doctors Responded to Their Own Opiate Epidemic,” November 3, 2017, https://www.civilwarmonitor.com/blog/then-and-now-how-civil-war-era-doctors-responded-to-their-own-opiate-epidemic

Nevius, James, “The Strange History of Opiates in America:  From Morphine for Kids to Heroin for Soldiers,” March 15, 2016, https://www.huffingtonpost.com/entry/opioid-addiction-history_us_58f53979e4b0bb9638e5ca1d

Woodward, W.C., “The Supreme Court Decision in Linder vs. The United States –As it Affects the Harrison Narcotic Act,” California and Western Medicine, March, 1926, https://www.ncbi.nlm.nih.gov/pmc/articles/PMC1655029/pdf/calwestmed00219-0042.pdf

“A Brief History of Opium,” https://www.opioids.com/timeline/

“Overview of the Progressive Era,” http://www.digitalhistory.uh.edu/era.cfm?eraid=11