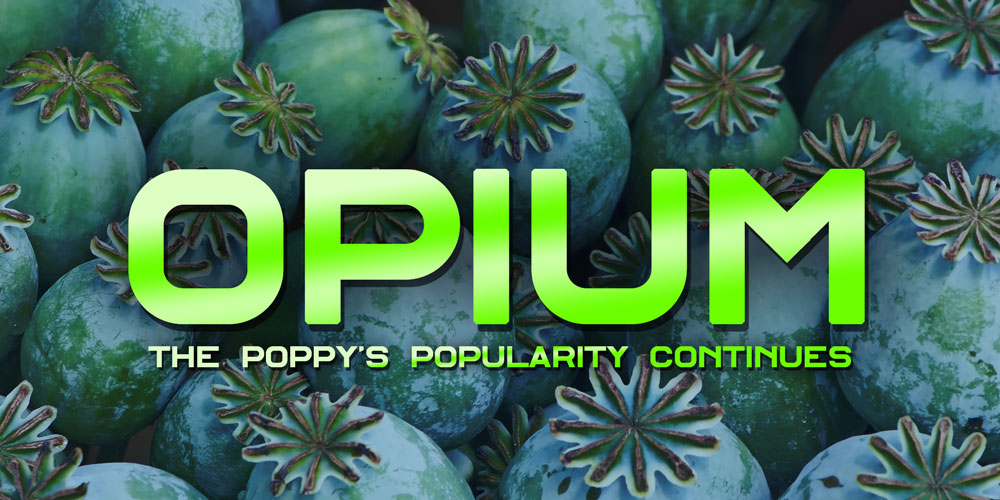 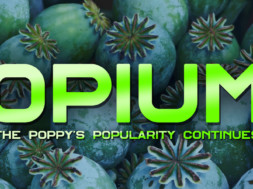 “Only the dose makes it poison”

Paracelsus, German-Swiss physician who established the role of chemistry in medicine

Alexander the Great, King of Macedonia, introduced the cultivation and use of opium to Persia and India in 330 BC.  Likely brought along on his conquests to help his soldiers fight bravely and die painlessly, knowledge of the drug spread through these two civilizations as he conquered his way through them.  Often described as one of the most powerful and influential leaders that the ancient world ever produced, Alexander was tutored in his youth by Aristotle, who was doubtless aware of opium and its many uses.

Despite his penchant for dosing soldiers with opium, Alexander’s downfall may have been connected to alcohol.  One biographer recently purported that the greatest military tactician of all time was a drunk, whose health and statesmanship was adversely affected by his alcoholism.  He asserts that alcohol abuse is what actually lead to his death.

Given the Roman Empire’s proximity to Greece, Mesopotamia and Egypt, it should come as no surprise that its people were also using opium regularly around the same time period.  As with the aforementioned cultures, opium poppies were being cultivated and harvested primarily for medicinal use at this time.  Sold everywhere in the streets, it was eaten with honey to combat bitterness and women soaked wool tampons in opium solutions to reduce menstrual pain.  Literary references continue, perhaps most notably in Virgil’s The Aeneid, where it is referred to as a soporific or sleep aid.

Famed Roman philosopher, naturalist and author, Pliny the Elder (AD 23 – AD 79) also described the drug’s many uses, but warned of its dangers.  This may be one of the first instances in which opium’s addictive qualities were being noticed.

Marcus Aurelius, who served as the Emperor of Rome from 161 AD – 180 AD (and is often considered the symbol of the Golden Age of the Roman Empire) was prone to headaches and stress.  None other than Rome’s greatest physician, Galen of Pergamum, prescribed him opium for these conditions.  Galen, a physician, writer and philosopher of Greek heritage is often lauded as the greatest medical researcher of antiquity.  He was widely respected and contributed greatly to medical theory and practice well beyond his lifetime.  Despite the knowledge that had been amassed about the uses and effects of opium, Marcus Aurelius’ prescription was increased over time – possibly due to a growing tolerance.  Addiction and withdrawal were not yet medical concepts.

Ancient China was also familiar with opium and its uses, but there are differing opinions about how and when it got there.  The discovery of storage vessels containing evidence of poppies dating back to the second millennium BC occurred at a religious complex at the Merv Oasis, located west of Urumchi, China, but there appears to be a significant gap in the Chinese history after that.  What is known is that by 1000 AD medicinal use of opium was widespread there.

Some experts believe that it may have arrived in China around 100 BC via sailors or Tibetan priests who returned with it from Africa or India, and other accounts have it arriving with Turkish or Arab traders during the Tang Dynasty (618 AD – 907 AD).  Though the date is disputed, the Chinese people’s profound understanding of medicine is not.  Texts dating back seven thousand years document their medical practices and treatment, and clearly recognize a connection between mind, body and spirit.

Hua Tuo (400 AD), the Chinese father of surgery, is known for having invented an anesthetic called Mafei San (boiled anesthetic), which was taken orally to render patients unconscious prior to surgery.  Some experts believe that his medicine was a mixture of cannabis and opium.  This is based on the assumption that “Mafei” is a transcription of an Indo-European word for morphine.  It is unlikely that we will ever know what his recipe consisted of because Hua Tuo burned many of his writings prior to his death.

The Golden Age of Islam (7th C -13th C) was set into motion after Muslim leaders had established one of the largest empires in history.  It also ushered in an era that greatly valued the arts, science and culture, all of which flourished under the leading scholars of the day.  Encouraged by the work of Hippocrates, Diascorides and Galen, medical scholars had a robust interest in the development of medicine.

Acivenna (980-1037), a polymath who is often referred to as the “father of early modern medicine,” emerged as a great scholar during this period.  Acivenna called opium “the most powerful of stupefacients,” and chronicled its numerous uses in his momentous work, Canon of Medicine.  Referring to it in his writings as “afion,” he describes opium’s beneficial uses as an analgesic (gout), a hypnotic (insomnia), an antitussive (severe cough), a treatment for diarrhea (because of its constipating effect) and a cure for sexual dysfunction (excessive sex drive).  He also noted instances in which it shouldn’t be used, such as for the treatment of gastrointestinal problems (as the constipation it causes prevents bowel movements that might resolve the pain).  The drug was being administered in a variety of ways, including orally, topically, rectally and intra-nasally.

Acivenna thought that opium should be used only as a last resort and preferred to treat the cause of the pain rather than the pain itself.  This may have been because he was aware of how chronic opium use could affect the proper function of memory and reasoning and result in neuromuscular disturbances.  He also knew that its use could cause respiratory depression and death.  Once, after a series of self-administered enemas went awry, Acivenna treated himself with a medication called mithridate, a mixture of many ingredients, including a mild solution of opium.  One interesting side note is that a slave once tried to poison Acivenna with an overdose of opium.

In 1200 AD, opium was very popular in India.  Every class was eating and drinking opium regularly.  Indian scholars were also contributing to the pool of knowledge about it in several medical treatises including, Shodal Godanigrah, Sharangdhar Samahita and Dhanvantri Nighantu.  These volumes echo previously known uses for it as well, including the treatment of diarrhea and sexual problems.   In the late 1200s, the Mongol Empire (lead by Kublai Khan) was regularly using opium as a household remedy for any number of ailments.

The fourteenth century begins a period when opium is absent from most of European history.  This is due to the launch of the Inquisition, whose purpose was to root out all acts of heresy and activities that could be linked to the devil.  This included opium use.

The story picks up again with Paracelsus (1465-1530), a Swiss born physician who rejected the ideas of Galen and famously threw Acivenna’s Canon of Medicine into a bonfire.  His extensive education and travels to places like Arabia and Egypt informed his medical theories and, as a result, he is responsible for combining the tenets of chemistry with practice medicine.  He felt that health was dependent on man achieving harmony with nature and pioneered the use of chemicals and minerals in his medicines.  He used such substances as mercury, lead, arsenic and antimony in his treatments.

Paracelsus also created the first version of laudanum.  Named for the Latin laudare, which means, “to praise,” laudanum was the result of his discovery that opium dissolved better in alcohol than in water.  His “tincture of opium,” was a solution of ten percent opium powder dissolved in alcohol – to which he added other ingredients like crushed pearls, musk and amber.

Laudanum makes its next major appearance when an English physician names Thomas Sydenham (1624-1689) rejiggers the recipe.  Sydenham, considered the “founder of clinical medicine and epidemiology” and “the English Hippocrates,” simplified and standardized the formula, which he developed by using a mixture of opium and sherry that he flavored with cinnamon, saffron and cloves.  His concoction was marketed as a cure-all for conditions such as “women’s troubles,” cardiac disease and rheumatism, to name just a few.   He penned a book, Medical Observations Concerning the History and Cure of Acute Diseases, in which he advertised his version of laudanum and extolled its virtues.  Nicknamed “Opiophilos,” (lover of opium) Sydenham claimed that, “medicine would be a cripple without it.”

Read next week’s installment to find out which famous Victorians were addicted laudanum.  Also, we’ll cover the Chinese Opium Wars and begin to tell the story of opium abuse in America.

Kritakos, P.G. and Papadaki, S.P., “The History of the Poppy and of Opium and Their Expansion in Antiquity and in the Eastern Mediterranean Area,” January 1, 1967,
https://www.unodc.org/unodc/en/data-and-analysis/bulletin/bulletin_1967-01-01_3_page004.html

Lawler, Jessie, “Alexander the Great:  A Cautionary Tale,” May 15, 2015,
https://smartdrugsmarts.com/alexander-the-great-cautionary-tale/

Micheau, Françoise, “The Medical Value of the Book of Theriac,” February, 2013,
https://wsimag.com/culture/1798-the-medical-value-of-the-book-of-theriac

Nevius, James, “The Strange History of Opiates in America:  From Morphine for Kids to Heroin for Soldiers,” The Guardian, March 15, 2016,
https://www.theguardian.com/commentisfree/2016/mar/15/long-opiate-use-history-america-latest-epidemic

Rogers, Kara, “Out of Nature:  Why Drugs From Plants Matter to Humanity,” February 1, 2012,
https://books.google.com/books/about/Out_of_Nature.html?id=G3DMv1b6pXIC

“The Role of Drugs in Prehistory,”
http://www.ancient-wisdom.com/prehistoricdrugs.htm

tags: Opium Poppy
previous Your Body Clock Helps Decide When You Get Cancer
next Early Detection of Pancreatic Cancer is Imminent