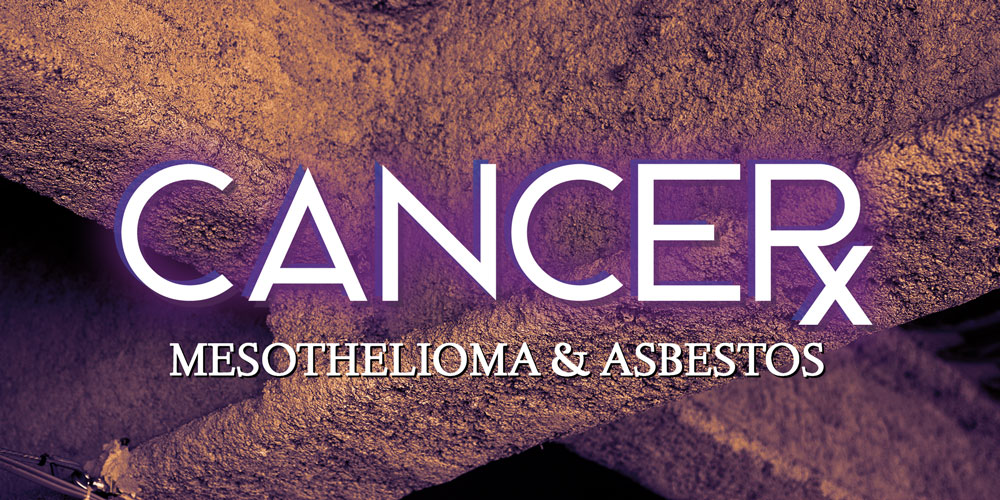 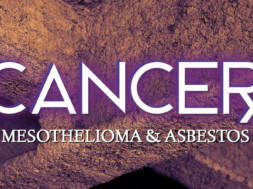 Mesothelioma is a cancer that kills approximately twenty-five hundred Americans every year, but twenty million Americans are at risk of developing it at some point in their lives. Approximately eighty percent of cases can be attributed to exposure to asbestos, a group of minerals consisting primarily of silicon and oxygen that occurs naturally in rocks and soil. The two most common types of asbestos are Chryostile, which are spiral-shaped fibers and Amphibole, which are needle-shaped fibers. These substances are strong, heat resistant and were widely used in industrial applications like insulation and shipbuilding. Its connection to lung damage was well known by the first half of the twentieth century but by then many people had already been exposed to it. This continued despite concerns about its safety.

Typically, asbestos fibers enter the body by being inhaled or swallowed, but onset of disease doesn’t generally happen until twenty to forty years after exposure. Once there is a diagnosis, however, death usually occurs within twelve to twenty-one months.

Mesothelioma is an aggressive cancer that affects the mesothelial cells that form the thin linings of pleural, pericardial and peritoneal cavities. When the fibers are inhaled, they pass through the lungs and become irretrievably lodged in mesothelium tissue, where they resist being drained by the lymphatic system. Though asbestos isn’t chemically harmful, the presence of the fibers causes persistent tissue injury that results in chronic inflammation. This activates an immune response that promotes cell proliferation and favors the growth of tumors.

Michele Carbone, MD, PhD (Director, Thoracic Oncology, University of Hawaii Cancer Center) is a leading researcher in the area of mesothelioma. While studying a mesothelioma epidemic in Cappadocia, Turkey, he proposed that a genetic component was integral in carcinogenesis caused by asbestos and erionite (another naturally occurring toxic fibrous mineral). Ultimately, he proved this was true when he identified the BAP1 gene. When mutated, the BAP1 gene increases the susceptibility to asbestos and causes mesothelioma and other environmentally related cancers.

Carbone coined the term “BAP1 Cancer Syndrome” to name the inherited condition caused by the BAP1 deficiency. His team found that one hundred percent of people who had the syndrome developed tumors at some point during their lives. Somatic BAP1 mutations (alterations in BAP1 genes that are not inherited) are seen in sixty percent of sporadic mesothelioma.

In 2010, Carbone and his fellow researchers discovered that asbestos kills mesothelial cells by inducing programmed cell necrosis. This process releases a protein molecule called HMGB1 that triggers an inflammatory reaction. This, in turn, causes the release of mutagens (mutating agents) and factors that promote tumor growth. In another study that was published in the Journal of Thoracic Oncology in 2017, Carbone and his colleagues tested HMGB1 serum levels in three groups of subjects: people who were unexposed to asbestos, people who had been exposed to asbestos and people who had malignant mesothelioma. What they found was that the serum levels could reliably distinguish between the subjects, which validated its discovery as the first biomarker for asbestos exposure.

BAP1 mutations have been traced back to a family who lived in Switzerland in the 1500s and they are associated with several other cancers including skin carcinomas, esophageal cancer and renal cell cancer. Genetic testing for BAP1 mutations is available.

“New Discovery:  How and Why BAP1 Mutation Increases Susceptibility to Environmental Carcinogens,” http://blog.curemeso.org/discovery-bap1-mutation-susceptibility-environmental-carcinogens/