Home Dr. Drew's News Features Mental Illness, Suicide, and Those You Leave Behind 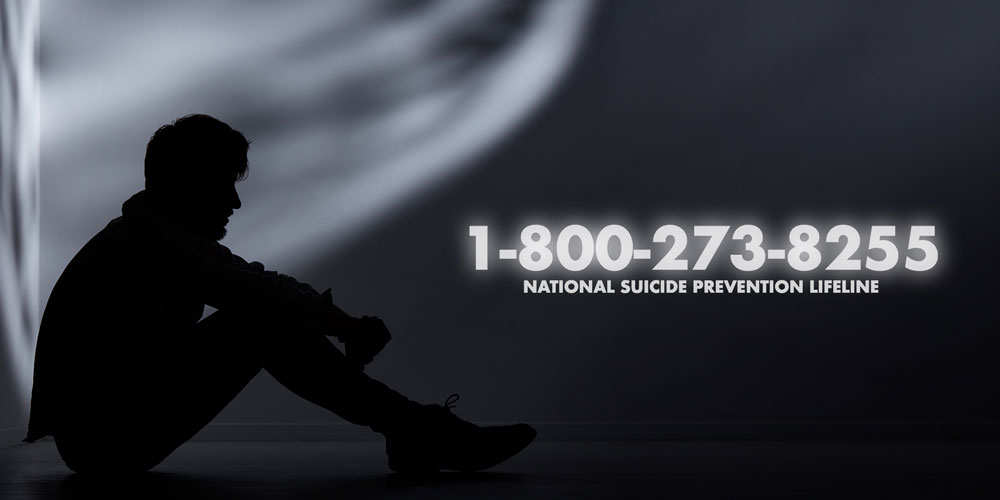 Mental Illness, Suicide, and Those You Leave Behind 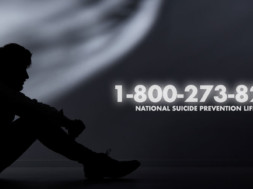 Mental Illness, Suicide, and Those You Leave Behind

If you or someone you know is contemplating suicide, please get help. Call the National Suicide Prevention Lifeline at 1-800-273-8255

“The pain is unrelenting, and what makes the condition intolerable is the foreknowledge that no remedy will come – not in a day, an hour, a month, or a minute. If there is mild relief, one knows that it is only temporary; more pain will follow. It is hopelessness even more than pain that crushes the soul.”

September is Suicide Prevention Awareness month.  The Centers for Disease Control reported in 2016 that suicide is the tenth leading cause of death in the United States.  Forty-five thousand people take their lives each year (primarily by firearms 51%, hanging/suffocation >26% and drugs >14%), and rates are on the rise.  Between 1999 and 2016, suicide rates rose in all but one state.

Statistically, women suffer from mental health disorders somewhere between twenty and forty percent more often than men do, so it stands to reason that they consider suicide more often as well.  The Adult Psychiatric Morbidity in England Survey of 2000 estimated that nineteen percent of women and fourteen percent of men have contemplated taking their own lives.  While adult women report 1.2 times the amount of attempts that men report, white males accounted for seven of ten suicides in 2016.  According to the American Foundation for Suicide Prevention, the suicide rate is the highest in middle age – for white men in particular.

There are many theories about why more men die as the result of suicide.  One compelling study showed that men reported significantly higher levels of intent.  That, combined with men’s impulsivity and predilection for more violent methods, are undoubtedly part of the answer as well.

Suicide can be the result of a carefully considered plan or a deadly spur of the moment decision, but ninety percent of post-mortem psychological autopsies performed on people who kill themselves reveal evidence of a mental health condition.  Parents, children and spouses who live with people who suffer with mental illness may experience feelings of helplessness, sadness, resentment, anger and fear.  However, for the sufferer who contemplates taking his/her life, the pain has simply become unbearable.  The very act of existing is fraught with utter hopelessness; he/she can no longer justify the pain or consider the possibility that things may improve.  Oftentimes, a person on the brink of committing suicide believes that family and friends will actually be better off once the deed is done, but those who are left behind tend to disagree.  If you are contemplating suicide, consider this:  Your children under eighteen years of age are three times more likely than children with living parents to commit suicide themselves.  The risk of suicide also increases for partners left behind and mothers of adult children who kill themselves.

Viktor E. Frankl, who survived three years of living in Nazi concentration camps (including Auschwitz), went on to write a book about his experiences called Man’s Search For Meaning.  In it, he chronicles the means by which he found the strength to survive an existence that was lived under the constant threat of death.  Much of his inner resolve can be summed up in the words of German philosopher, Freidrich Nietzsche, whom he admired:  “He who has a Why to live for can bear almost any How.”  Every day, Frankl was confronted by the horrific deaths of his fellow prisoners.  Millions were murdered by the Nazis, while many died from illness and disease, and others, unable to overcome despair and hopelessness, took their own lives.  Frankl vowed early on that he would not commit suicide – no matter how terrible the conditions became.  His doctrine, logotherapy, (logos is “meaning” in Greek), is the culmination of his profound belief that the soul can be cured by leading it to find meaning in life.

Frankl believed that there were three main avenues that lead to this discovery.  In a nutshell they are:  work, love and personal growth gained from facing an unchangeable fate.  He espoused that, regardless of the direness of a situation, a person could still choose his attitude in any circumstance.  He believed that personal meaning could be achieved by doing something that “points, and is directed to something or someone other than oneself…by giving himself to a cause to serve or another person to love.”  He believed that meaning was possible in spite of suffering.

The hopelessness, pain and despair that precipitates suicide inevitably flows downstream and affects subsequent generations.  Children of parents who commit suicide can heal, given the right circumstances and support systems, but are more likely to repeat the act than other kids who haven’t experienced this type of loss.

The sudden death of a parent triggers a process called “traumatic grieving,” during which devastation and sadness may be accompanied by feelings of betrayal, rejection, anger, shame, confusion, guilt and even relief (if the parent had been suffering for a protracted period of time).  These are all normal responses for children, who must be allowed and encouraged to express themselves honestly.  They need to know that they are not to blame.  It is also important to help the child understand that his/her parent suffered from mental illness that became the driver of his or her suicidal actions.  Writer William Styron in Darkness Visible:  “Through the healing process of time—and through medical intervention or hospitalization in many cases—most people survive depression, which may be its only blessing; but to the tragic legion who are compelled to destroy themselves there should be no more reproof attached than to the victims of terminal cancer.”  More often than not, people who commit suicide don’t actually want to die, they just want the unbearable pain (emotional or physical) to end.  Unfortunately, the incidence of suicide increases when mental illness converges with environmental, developmental and genetic factors.

Children are resilient and can heal with proper support, but they need to be allowed to process their feelings and receive positive reinforcement for doing so.  Signs that a child may not be progressing through grief in a natural way may manifest in avoidance of certain places or situations, emotional numbing and selective amnesia.  They need thoughtful intervention in order to decrease their risk of developing a major psychiatric disorder of their own.

If you suspect that someone you know is depressed or contemplating suicide, TAKING ACTION IS ALWAYS THE BEST CHOICE.  Do not ignore your suspicion – and never promise to keep someone’s suicidal feelings a secret.  Some signs that someone you know may be suffering are (but are not limited to):  withdrawing socially, giving away possessions, refusing to make plans, and saying goodbye in a way that “seems final.”  If you suspect that someone is considering suicide, you should ask; making him/her feel heard and validated may be the difference between life and death.   Asking shows that you care and decreases the risk.  If the answer is “yes,” don’t leave the person alone, but do get appropriate help.  Take special care to stay connected with those who are habitual users of opioids as they are twice as likely to attempt suicide as those who don’t use them.  Children and young adults are also a vulnerable population.  A 2015 Youth Risk Behaviors Survey reported that 8.6% of ninth through twelfth graders had made one suicide attempt the previous year, with girls attempting twice as often as boys.  Teens are a particularly fragile group because of intense social dynamics, under-developed capacities for decision-making, heightened emotions and a lack of understanding about the finality of the act.

There is no single causal factor when it comes to suicide, but it tends to happen when the stressors exceed current coping skills of someone who is suffering from a mental disorder.  Two types of psychotherapy have been proven helpful for treatment of people who have attempted suicide.  Cognitive behavioral therapy aims to help the patient identify inaccurate or negative thinking so that stressful life situations can be managed more effectively.  It can be used to treat a wide range of mental disorders including depression, eating disorders and PTSD.  Dialectical behavioral therapy employs the combination of acceptance and change to identify and modify destructive behaviors.

In Darkness Visible, writer William Styron recalls the moment he disposed of a private journal that he had kept for years.  In his mind, this act was tantamount to triggering his plan to commit suicide, “I felt my heart pounding wildly, like that of a man facing a firing squad, and I knew I had made an irreversible decision.”  His despair was so intense, so desperate, that burying the journal deep in the trashcan represented the beginning of the end for him.  Despite his utter hopelessness, however, he DID NOT commit suicide.  He eventually entered a hospital where, over time, he emerged from his depression.

If you or someone you know is contemplating suicide, take action now.  Call the suicide hotline or reach out to a friend, family member or your doctor.  Help is available.  Despite what you may believe – your family will not be “better off” without you.  Seek help if you or someone you know suffers from depression and let’s all fight to eradicate the stigma that is associated with mental illness.

Read William Styron’s firsthand account of the crippling suicidal depression he survived in Darkness Visible: A Memoir of Madness.

Read Holocaust survivor, Viktor E. Frankl’s, uplifting book, Man’s Search for Meaning, to learn more about Logotherapy and his thoughts about how to find meaning in your life.

Freeman, Daniel and Freeman, Jason, “Why are Men More Likely than Woman to Take Their Own Lives,” The Guardian, January 21, 2015, https://www.theguardian.com/science/2015/jan/21/suicide-gender-men-women-mental-health-nick-clegg

“Suicide:  What to Do when Someone is Suicidal,” Mayo Clinic, https://www.mayoclinic.org/diseases-conditions/suicide/in-depth/suicide/art-20044707