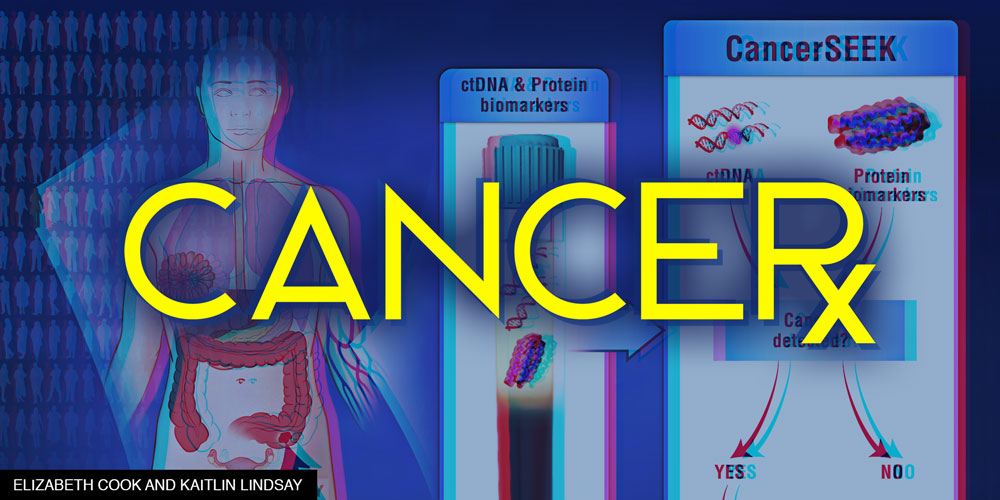 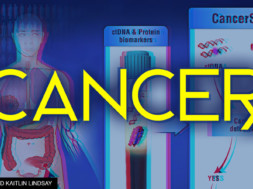 Imagine a day when, for around five hundred dollars and a simple blood test, you are able to find out with reasonable certainty that you have early stage cancer.

That day is probably little more than a year from now.

Researchers at Johns Hopkins Kimmel Cancer Center are developing a test called CancerSEEK that is able to detect eight of the most common cancers, which are responsible for sixty percent of cancer deaths in the United States.  The cancers it searches for are ovarian, liver, stomach, pancreatic, esophageal, colorectal, breast and lung.  Incredibly, before CancerSEEK, the first five on this list have had no early detection tests.  The inability to detect the presence of these cancers early on is why diagnoses like pancreatic cancer and ovarian cancer tend to be so deadly.

CancerSEEK quickly and cheaply evaluates all the genetic material in a patient’s blood in order to identify what may be just a couple of cancerous mutations among thousands of normal samples in the draw.  As one of the researchers put it, “We are dealing with a needle in a haystack.  If you take the hay in the haystack and go through it one by one you will eventually find the needle.”  The study, which was published in Science on January eighteenth of this year, had a greater than ninety-nine percent specificity for cancer.  The accuracy of such a screening method is vitally important because no one wants to subject patients to unnecessary and invasive tests and procedures.

The study tested 812 people who were presumed healthy and 1005 known cancer patients (non-metastatic, stages I, II, III).  They sequenced parts of sixteen genes that are often mutated in different cancers and screened for eight known protein biomarkers that are characteristic of specific kinds of cancer.  This combination yielded some promising results.  The median overall sensitivity (ability to detect cancer) was seventy percent, with a high of ninety-eight percent for ovarian cancer and low of thirty-three percent for breast cancer.  The five cancers that previously had no early detection methods ranged from sixty-nine percent to ninety-eight percent!  CancerSEEK was also able to correctly identify which organ had cancer sixty-three percent of the time.  Cancer was successfully detected in seventy-eight percent of stage III patients, seventy-three percent of stage II patients and forty-three percent of stage I patients.  The next study will be conducted on ten thousand “presumed healthy” people.

Early detection can mean the difference between life and death – especially for some of the deadliest types.  If a tumor is found early and before it spreads, surgery is the best way to kill it.  “Liquid biopsies,” like CancerSEEK, will be available very soon and will shift the focus of cancer research from late stage to early stage and reduce the number of cancer deaths.