Doctors’ Role in the Opioid Crisis [History Of Opium: Part 12] 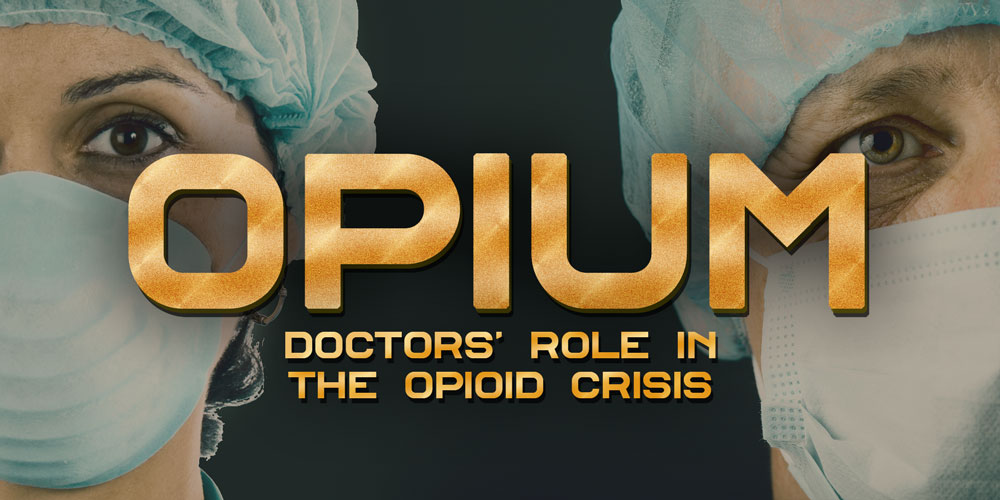 “After a long day of prescribing painkillers, I’ve often asked myself: Am I contributing to the opioids crisis?”

Many physicians have undoubtedly asked themselves this question – especially in the broadening wake of opioid-related deaths that continue to plague this country. Unfortunately, many of them ignored these tugs at the conscience and were able to justify questionable prescribing practices for long periods of time. While drug companies, drug distributors and pharmacies bear some responsibility for the current epidemic (see last week’s article), many experts have concluded that doctors (most of whom were well-intentioned) are largely to blame for the present situation. Despite the fact that many of the doctors who over-prescribed opiates were trained to use them very sparingly, several events occurred that would all but negate what they knew to be true: that opioids are extremely addictive and that recovery from opioid addiction can be exceedingly difficult.

Up until the 1980s, potent narcotics were reserved almost exclusively to treat cancer-related pain, post-surgical pain and end-of-life related pain, but that was about to change. Girded by recently published accounts in prestigious medical journals that downplayed the addictive properties of opiates, a large sector of the medical community was swept up in the prospect of using them to treat a broader range of ailments that included chronic non-cancer-related pain. Dr. Kathleen Foley and Dr. Russell Portenoy, who had co-authored one of two studies mentioned above (published in Pain), were integral in the advent of a new medical specialty called palliative care – whose goal was to treat pain in all its forms. Both Foley and Portenoy would become well-known spokespeople in the emerging field of pain management.

During this same time period, residents of a poor rancho in Nayarit, Mexico were establishing what would become a wildly successful (albeit low-tech) narcotics trade that operated in major cities all over the United States. These small groups, called cells, were non-violent and valued customer service. They kept low profiles as they delivered high-quality heroin known as black tar to the doorsteps of their (mostly white, middleclass) customers, virtually ensuring their continued enslavement to the drug.

“My fellowship director even told me, ‘If you have pain, you can’t get addicted to opiates because the pain soaks up the euphoria.’”

The potential to relieve pain inspires many people to enter the medical profession, but the actual experience of successfully alleviating it for patients is a powerful motivator. Arguably, some amount of pain is inherent in the vast majority of medical complaints, so having a variety of tools at one’s disposal to treat it is very attractive. Prior to the 1980s physicians were trained to abstain from prescribing opioids unless absolutely necessary, but that attitude began to change when the notion that opioids “aren’t as addictive as we previously thought” began to take hold. A growing population of medical professionals started championing their use to treat everything from sprained ankles to tooth extractions to chronic back pain.

Bolstered by scant claims published in The New England Journal of Medicine (Porter and Jick) and Pain (Portenoy and Foley), legions of physicians started writing prescriptions for potent narcotics and sending patients on their way with little or no follow up. In 1995, Purdue Pharmaceuticals introduced OxyContin and was allowed by the FDA to put misleading information on its labels. With packaging that claimed the drug was virtually non-addictive, the stage was set for its widespread use.

The growing field of pain management (largely funded by drug companies like Purdue) endeavored to de-stigmatize opiophobia. Many medical professionals were paid handsomely to promote their use and Dr. Portenoy himself served as a powerful and effective spokesperson for OxyContin. Doctors were told they needn’t worry about addiction because the euphoric effects of the drugs were counteracted by the pain. Anesthesiologists became managers of chronic pain (despite their lack of addiction training) and crooked doctors opened storefront clinics by the thousands, preying on the injured and aching souls that lined up in astonishing numbers outside their doors. These pill mills, as they are called, were responsible for prescribing staggering amounts of narcotics to all who entered – no questions asked. Cash-only transactions resulted in these shady “pain clinics” raking in millions of dollars.

The Joint Commission for Accreditation Healthcare (which accredits all healthcare organizations) also chimed in, demanding that doctors treat pain as the “Fifth Vital Sign.” Pain management societies and organizations demanded action on behalf of their patients. Many states also adopted Intractable Pain Acts, which removed sanctions against prescribing. Patients now expected (and demanded) to be pain-free, and decent doctors became prisoners of patient satisfaction surveys, which had recently been anointed with great importance. All of these factors created a perfect environment in which opioid abuse could evolve into the nationwide scourge it has become.

Physicians who needed to see a certain amount of patients each day in order to pay the overhead increasingly acquiesced to requests for pain pills. Chronic pain patients are typically much more time consuming than other patients, so doctors (hoping to reduce patients’ pain while increasing their own productivity) hung their hats on the thin evidence against addictiveness and sent them on their way with prescriptions. Many of these doctors were primary care physicians with little training in pain management, let alone addiction. Adding to doctors’ concerns was the specter of lawsuits holding them responsible for inadequate treatment of pain. In California in 2001, Dr. Wing Chin was ordered to pay 1.5 million dollars to the children of a patient who died while under his care. The jury found him guilty of elder abuse after deciding that the elderly man had endured unnecessary pain and suffering prior to his death. Shockwaves reverberated through the medical community and many physicians felt they had no choice but to send their chronic pain patients to pain management specialists, knowing full well that they would be prescribed opioids.

Nowadays, the vast majority of people who are currently addicted to opioids can trace their addiction to a prescription pill that was legally prescribed. People who had received initial prescriptions for minor injuries progressed to full-blown addicts – many of whom were dying

Opiates were being prescribed aggressively in the mid-1990s and the population of addicts exploded. Many of these people would try to beat their addiction only to be approached by the soft-spoken Mexican drug dealers who waited patiently outside of support meetings or Methadone treatment centers. Free samples were dispensed in order reel the addicts back into becoming full-time customers. As OxyContin’s popularity grew, the pills became actual currency in many parts of the country. Their street value made selling them to other addicts practically irresistible and when the prescriptions became expensive to fill, an addict could seamlessly switch over to black tar heroin.

Treating pain successfully is something that every physician strives for, but unlike vital signs (which are assessed against a standard) pain is a subjective experience. Pain is a tangible sensation, but it is derived from a complex combination of physical, emotional and psychological components.

Dr. John Bonica knew this when he opened the nation’s first pain clinic in 1960. Advocating a multi-disciplinary approach to treating pain, his clinic employed not only doctors, but a phalanx of specialists including occupational therapists, physical therapists, psychologists and social workers. He endeavored to discover and treat the cause of the pain not just the symptoms. Despite evidence that this kind of treatment was more effective for patients (and fiscally economical as well), insurance companies balked and refused to pay. It seemed that old theories prevailed and processing people won out over really treating them. Patients were also content with taking a pill in lieu of engaging in time-consuming therapies. Doctors ignored what they knew about opioids, continuously citing the weak research published decades prior. Unfortunately, treating the symptoms, rather than the cause is still the preference for many physicians and their patients.

By the mid-2000s, millions upon millions of chronic pain patients were being treated with opioids. The United States consumes roughly eighty percent of the world’s opioids, and in 2016 alone there were sixty thousand opioid related deaths. Once the addiction takes hold, people lose their capacity to choose and become slaves to the drug. Making matters worse is the lack of documentation about these drugs. The patient follow up has typically been very poor and reliant on patients’ and addicts’ own assessments, which are often suspect. There has been a shocking lack of interest in tracking both the benefits and the negative effects of the drugs.

Prior to understanding what created the perfect storm that resulted in the current opioid epidemic, it is easy to place the majority of the blame on drug companies, but at the end of the day, the patient only has access to the drugs because a doctor wrote a prescription. Unfortunately, the changing attitudes about opioids combined with the promotion of OxyContin put Purdue Pharmaceuticals in the perfect position to take advantage of doctors’ driving desire to alleviate their patients’ pain. Doctors who were complicit in this crisis blithely hung their hats on the scant “evidence” provided by those two publications way back in the 1980s. In his book Dreamland, author Sam Quinones interviews Dr. Alex Cahana, a recent director of the pain clinic that Dr. Bonica started with such high hopes in 1960. He sums up the situation with some eye-opening pragmatism: He believes that the U.S. medical system is good at fighting disease, but awful at leading people to wellness. “They don’t know how to do it and the path they offer actually makes people worse.”

Corley, Dr. Jacquelyn, “To Fix the Opioid Crisis, Doctors Like Me May Have to Let Patients be in Pain,” January 9, 2018, https://www.newyorker.com/business/currency/who-is-responsible-for-the-pain-pill-epidemic

“What is the U.S. Opioid Epidemic?” https://www.hhs.gov/opioids/about-the-epidemic/