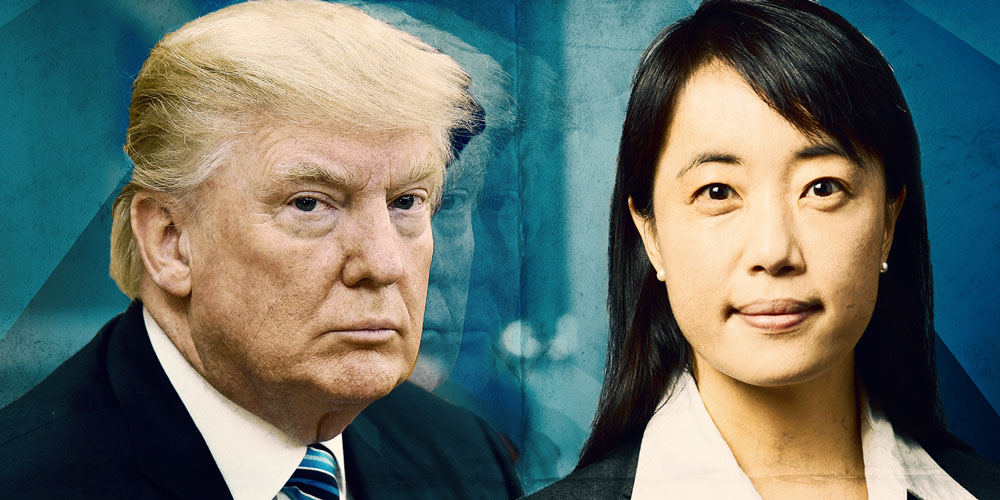 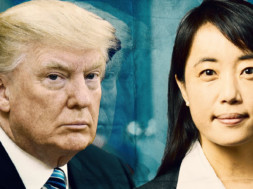 In an era of extreme bi-partisanship and daily accusations of “fake news,” it is nearly impossible to differentiate between what is true and what is not.  Despite the press’ best intentions, reporters can (even despite all efforts to the contrary) misunderstand, misinterpret and misreport information.  The fallout from the resulting confusion can be extremely detrimental to all parties involved – including most importantly – the public.

One recent example of this phenomenon occurred when the press mischaracterized statements that were made by Yale psychiatrist, Dr. Bandy Lee, regarding President Trump.  What was intended to be an opinion about Mr. Trump’s fitness for the job morphed into a story that incorrectly had her calling Trump’s mental health into question.  During a radio interview this week, Dr. Drew gave Dr. Lee the chance to clarify her concerns about Mr. Trump.

Dr. Lee, who edited “The Dangerous Case of Donald Trump: 27 Psychiatrists and Mental Health Experts Assess the President,” is not treating Donald Trump, and wants to make it clear that she is not diagnosing him or making any claims about the state of his mental health.  What she is specifically concerned about is his fitness to serve in the capacity of President, and how his decisions in this office could endanger public health.

A recognized expert on violence, Dr. Lee wrote a letter to the editor of the New York Times stating, “We are currently witnessing more than his usual state of instability – in fact, a pattern of decompensation:  increasing loss of touch with reality, marked signs of volatility and unpredictable behavior, and an attraction to violence as a means of coping.  These characteristics place our country and the world in extreme danger.”  In her discussion with Dr. Drew, she pointed out that being mentally ill doesn’t mean that one is unfit to serve, and, in turn, an absence of mental illness doesn’t mean that one is fit to serve.  Dr. Lee’s concern isn’t whether Trump suffers from mental illness.  Her concern pertains to his ability to carry out the functions of the presidency in a manner that doesn’t imperil the security of the United States or the safety of its citizens.

Dr. Lee’s misgivings (as outlined in her letter to the NYT) lead her to the conclusion that some form of psychological evaluation might be useful in determining a person’s ability to lead.  She suggests that the standard clinical protocol would be used to develop a competency test that would determine an individual’s ability to adequately meet the demands of such a rigorous job.

Clinical and forensic psychologist Dr. Judy Ho weighed in to theorize what such a test might look like.  Characterizing it as something similar to what police officers or soldiers might be subjected to, she describes a “fitness for duty” evaluation that would thoroughly examine a subject’s mental health status, cognitive capacity, and moral character.  Coping strategies and tolerance to stress would also likely be considered.  She noted that any hiring institution must obtain permission from applicants prior to this type of testing.  This generally consists of signing a waiver that allows the hirer to evaluate them in whatever manner they see fit.  With regard to elected political officials, it is important to recognize the distinction between being hired by an agency versus being elected by the constituency.  Imagine a scenario where a precedent for testing presidential candidates is set… If all who vie for the job of Commander in Chief are expected to “pass,” it before taking office, does that mean every candidate for every office should be required to meet the same standard?

Dr. Ho also pointed out the myriad challenges that would be faced in developing such a test for people who are voted into office.  For starters, inherent biases and opinions of those who develop the test would come undoubtedly come into question.  Also concerning is the potential for an ever-changing threshold, as certainly this test would be vulnerable to modification by whoever is in charge of the decision-making process at the time.  Finally, forcing elected officials to pass a standardized fitness for duty test would call into question the constitutionality of putting the opinions and decisions of a specific group of health professionals between the “will of the people” and assenting to an office.

While fitness for duty tests are certainly applicable in assessing a person’s potential to be stable and successful in any number of jobs, our society has stopped short of subjecting elected politicians to them.  In fact, several American presidents (including Lincoln and Roosevelt) exhibited erratic behaviors during their terms of leadership that might have been identified (and shown cause for concern) had they been evaluated prior to taking office.  But is anomalistic or even aberrant behavior indicative of unfitness to serve?  Not necessarily.  Some behavioral experts have suggested that some mental illness or instability might actually benefit a leader or make him/her better able to handle the demands and stresses of a job like the presidency.

The debate about the need for professional assessment of political figures will continue to rage whether or not an evaluation process is in place.  While many feel that mental fitness should be examined, others would argue that deep psychological probes would likely reveal exclusionary information about anyone – including Oprah.  This raises additional questions about whether someone who has experienced trauma or mental illness or any psychiatric set back would ever be considered suitable for office – even if he/she has been successfully treated.

Should standardized “fitness for duty” tests be given to anyone running for office or is this a slippery slope?

Let us know your thoughts!

Below is an excerpt from the conversation between Dr. Drew and Dr. Lee.

Dr. Drew:  Let me describe a person in a public office. This man is middle-aged. He comes from wealth. He’s done very erratic business ventures. He speaks tangentially. He roams the streets at night and beats people up in the office — he had an office in law enforcement at one point. Then he had an office where he was buying battleships. In a higher office, he could not sit down, was walking constantly, was very irritable and irascible and extremely impulsive. Should that guy be in office?

Dr. Lee:  Well, I mean, that would be a very, very concerning person.

Dr. Drew:  How about this one — let me give you another one. This guy had a long history of depression. And there’s a story of him being so, so profoundly depressed that one day he was walking down the street, and his son, who was pulling a red wagon — an by the way, his doctor had him on mercury, and who knows that might have done to his mental status — and the wagon flipped over, and the child dropped out of the wagon, and in his fugue depression, continued to walk for another half mile down the street — is that somebody who should be in office?

Dr. Lee:  I wouldn’t speak to whether the person should be in office. It does look like the person would need an evaluation.

Dr. Drew:  Yeah, so the first one was Theodore Roosevelt. The second one was Abraham Lincoln. And so that’s my fear — that if we start creating these things they’re going to be applied in ways that have unintended effects. That’s my fear.

Dr. Lee:  Exactly, exactly. So we’re really not talking about mental illness here. Or what the person has. That is really a private affair. What is of concern is whether or not the person has the capacity to serve. And his function, his or her function, is what is of public concern.