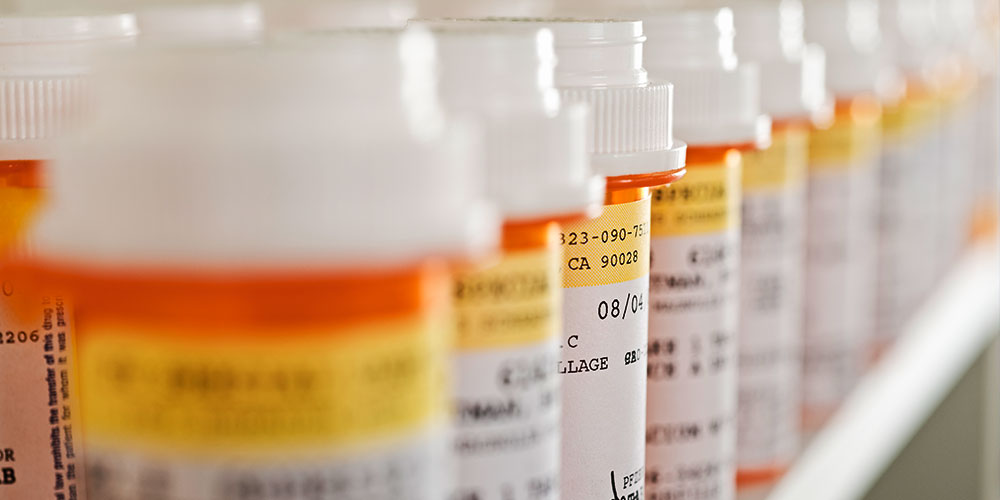 The Pros and Cons of Off-label Prescriptions

The Pros and Cons of Off-label Prescriptions

A cancer diagnosis is usually accompanied by a range of emotions that include worry, fear, hopelessness, anger and sadness, just to name a few. Suddenly, the patient is forced onto a steep learning curve that is scary, confusing and riddled with uncertainty. What is certain, however, is that important decisions must be made quickly and treatment must start immediately. Depending on what type of cancer it is and how it has been staged (analysis determining the extent of the disease), a combination of three interventions is generally employed. These include resection of the disease/tumor (if possible), then radiation, then chemotherapy. The order in which these occur may differ if the oncologist believes that the tumor can be shrunk prior to its removal, but, generally speaking, these are the steps that will be taken. Because the majority of people who receive a cancer diagnosis are not well versed in these modalities (let alone other treatment options) most often, the course of action is to do what the doctor says – and this is not without good reason. The “gold standard” treatments are considered such because they are the ones that are working the best for the largest amount of people at any given time.

With many diseases, the gold standard is quite successful, resulting in long-term remissions and even cures for some. Cancer patients however, often experience much less successful outcomes – especially those who have been diagnosed with particularly virulent or rare strains of the disease. Certain cancer diagnoses are considered “death sentences” from the onset, and this is because effective treatments for them have not yet been discovered. So where does this leave the patient? Should those who have received terminal prognoses go through the prescribed treatment knowing full well that the statistics are bleak and that death is near certain? Or – should they be allowed to explore alternative or adjunct (but perhaps unproven) options with their doctors?

By the time a drug is prescribed to a patient, an average of one billion dollars has been spent on research and development. Much of this is allocated for clinical trials, the process by which efficacy and dosage are determined. Clinical trials are conducted to prove that a drug is effective in treating certain conditions, it works as it is expected to, and it is safe when used as directed. If a drug makes it through this gauntlet, the pharmaceutical company will submit an application to the Food and Drug Administration, seeking approval for its broad use. There, it will be further reviewed to ensure that the data is supported by strong science and that the drug’s benefits outweigh its risks. If the drug makes it to market, it will be accompanied with a label that lists: approved uses, how to administer it, associated risks and information that the healthcare provider should discuss with the patient. These guidelines are very specific – but that doesn’t mean that they cover every single instance in which that drug might eventually be prescribed. In fact, once a drug has been approved by the FDA, a physician can prescribe it as he sees fit…unfortunately the insurance company might not agree with an “experimental” or “investigational” usage and deny coverage. The practice of using a drug for a reason that differs from the directions on the label is called “off-label prescribing,” and a 2008 survey showed that eight out of ten physicians do it. Off-label use can include the following scenarios:

1. The drug is prescribed for a disease other than what is listed on the
label, ie: when a drug that is effective against one kind of cancer is
used to treat another kind of cancer with the hope that it may improve
the patient’s outcome.

2. The drug is administered in a different way than what is directed on
the label, ie: when a drug that has been approved for oral use is
given intravenously.

3. The drug is prescribed at a different dosage than is listed on the
label.

Both prescription and non-prescription drugs are used off-label for a variety of reasons. A drug may be prescribed for a disease other than it was originally intended (even though it hasn’t been through the aforementioned rigorous approval process) if there is evidence to suggest that it may also improve the condition for which it is being prescribed. This evidence may be anecdotal, come from a foreign study or be the result of a trend that is discovered in a specific population of patients (ie: patients who were already taking a certain drug when they were diagnosed with a particular cancer responded better to a given chemotherapy because the initial drug made it more effective).

So what should be considered an appropriate scenario for off-label prescribing? It can be argued that terminal cancer cases are a noble cause. Once all traditional therapies have been exhausted, these patients may feel like they have nothing to lose, and so, “why not?” There are many cases where the addition of a drug (or drugs) may have had an impact on survival or comfort level. At this point, a physician may improvise a treatment based knowledge he has acquired over years of experience.

Opponents may argue that this approach deprives the scientific community of knowing exactly what improved the patient’s outcome, but should that matter if the patient experienced some pain relief, remission or even a cure? Studies that are carefully monitored and controlled are certainly ideal when it comes to serving the general population, but when time is limited, some may desire to take a chance on an unproven therapy.

While the successes that result from these therapeutic crapshoots may be encouraging, there are many arguments against off-label prescribing. These include concerns that patients’ health will be further jeopardized because evidence is lacking, fear that the pool of clinical trial participants will be reduced and the ever present threat of legal action.

One thing to keep in mind: If you are diagnosed with cancer or another life-threatening illness, there is no harm in investigating other treatments, but certainly, exhausting the treatments that are known to be effective is advisable. If you feel strongly enough to add something to your regimen, then don’t be afraid to present evidence to your physician. He may agree to its use if it doesn’t obviate or undermine the gold standard treatment or it offers an opportunity to improve enhancement around the margins.

In 1995, Ben Williams was diagnosed with a deadly form of brain cancer called glioblastoma multiforme. The life expectancy for this cancer is twelve to twenty-four months. Suddenly forced into a journey that would likely end in his early death, Williams added a long list of drugs to the standard therapies he received. He is still alive and tumor-free twenty-two years later! Listen to Weekly Infusion to learn what he did to extend his life.

Aubrey, Allison, “A Pinworm Medication is Being Tested as a Potential Anti-Cancer Drug,” January, 2017, http://www.npr.org/sections/health-shots/2017/01/30/512400204/a-pinworm-medication-is-being-tested-as-a-potential-anti-cancer-drug

Mailankody, Sham, et al, “Thinking Systematically About the Off-Label Use of Cancer Drugs and Combinations for Patients Who have Exhausted Proven Therapies,” July, 2016, http://theoncologist.alphamedpress.org/content/21/9/1031

‘Understanding Unapproved Use of Approved Drugs ‘Off Label’,” May, 2017, https://www.fda.gov/forpatients/other/offlabel/default.htm