Home Topics Body And Health Poe And Old Yeller: The Threat of Rabies 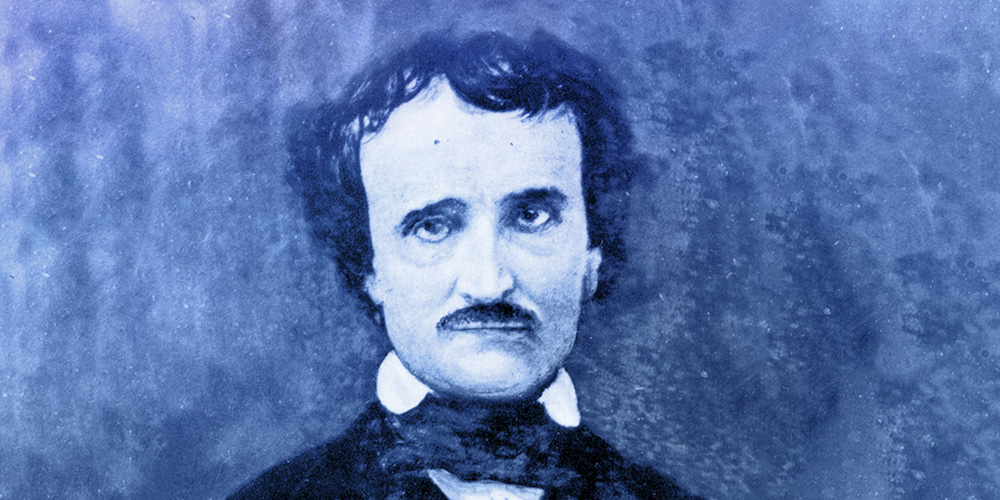 Poe And Old Yeller: The Threat of Rabies

Poe And Old Yeller: The Threat of Rabies

In 1996, Maryland cardiologist Dr. R. Michael Benitez was attending a conference on clinical pathology when he was tasked with examining the medical records of an anonymous patient in an effort to determine a plausible cause of death. After careful review of all the available data, Dr. Benitez determined that the patient had died as a result of a rabies infection. After submitting his analysis, Dr. Benitez learned that the patient was none other than Edgar Allan Poe, the famous horror writer.

Perhaps fittingly, the cause of Poe’s death has been cloaked in mystery since his passing more than one hundred and sixty years ago, and as such, many theories have been developed – some of them as macabre as his own dark creations. They range from the commonly excepted explanation of drug and alcohol abuse, to a form of voter fraud called “cooping,” (where victims are plied with excessive amounts of alcohol and forced to vote numerous times), to the sinister – murder by his would-be brothers-in-law who wished to keep him from marrying their sister. Just prior to his passing, Poe experienced uneven breathing, delirium and hallucinations, all symptoms of rabies, which was still fairly common in humans in the nineteenth century.

Fear of contracting rabies is a near universal response to being bitten by a dog here in the United States. The fantastical prospect of becoming an out of control beast, delirious and frothing at the mouth is what excites this panic, but the statistics just don’t support this reaction. While dogs are the still the main transmitters of the disease worldwide, more than 95% of rabies related deaths occur in Africa and Asia. Inhabitants of poorer and more remote or rural locations are particularly vulnerable because pets aren’t vaccinated and because post-exposure treatment is expensive and not easily accessible. As a result, more than sixty thousand people worldwide still die annually from this preventable disease and over fifteen million are treated post-exposure.

In 2014, the U.S. and Puerto Rico reported 6034 cases of rabies to the Centers for Disease Control. Only one of these cases was in a human. While there are cases of domestic animals becoming infected, wild animals like foxes, bats, skunks and raccoons made up more than 92% of the cases reported that year. Perhaps the reason rabies strikes fear in the hearts of those who have been bitten or scratched by a dog or a wild animal is because it can become a life or death situation fairly quickly; by the time symptoms appear, it is usually fatal.

Rabies is a virus that causes inflammation of the brain, ultimately leading to a painful and dramatic death. The incubation period can range from a few days to more than a year. While some of the initial complaints (headaches, fever) can mimic other more common illnesses, dramatic symptoms (paralysis, hallucinations, coma) will eventually occur if the disease is allowed to progress.

Despite the low incidence of rabies in the United States, precautions against contracting the disease should be taken. Most importantly, dogs should be vaccinated. This provides an excellent measure of protection for both the animals and their owners as well as the general population. If you are scratched or bitten by a wild animal, action should be taken immediately to prevent the infection’s progression. The initial response should be an extremely thorough cleansing of the affected area, followed by the application of the antiseptic povidone-iodine. Rabies, while difficult to diagnose, can be detected by a fluorescent antibody test. If positive, then a series of post-exposure prophylaxis (preventative) injections is indicated. The anti-rabies treatment used to be administered via a series of painful shots to the abdomen, but this method is becoming less frequent, having given way to a more tolerable injection that has a pain quotient similar to that of a flu shot.

While it is possible for a person to become infected by the rabies virus in the United States, it is exceedingly rare. That said, extra vigilance should be taken if large amounts of time are spent outdoors in areas that are inhabited by wild animals, as they are the genesis of most infections.

The post-Civil War story, “Old Yeller,” chronicles the tale of a stray dog who becomes a beloved pet. The story turns tragic, however, when Old Yeller is bitten by a wolf and contracts rabies. Confined to a pen and suffering, his owners must make the heartbreaking decision to shoot him in an effort to avoid further transmission. While this is now an outdated scenario in the United States, it is still very much a reality in other parts of the world, and so awareness of this illness and the means by which one can become infected is still very relevant. As for Edgar Allen Poe, we may never know the actual cause of his death, but it is certain that historians, medical professionals and Poe buffs will continue to debate the various macabre possibilities.