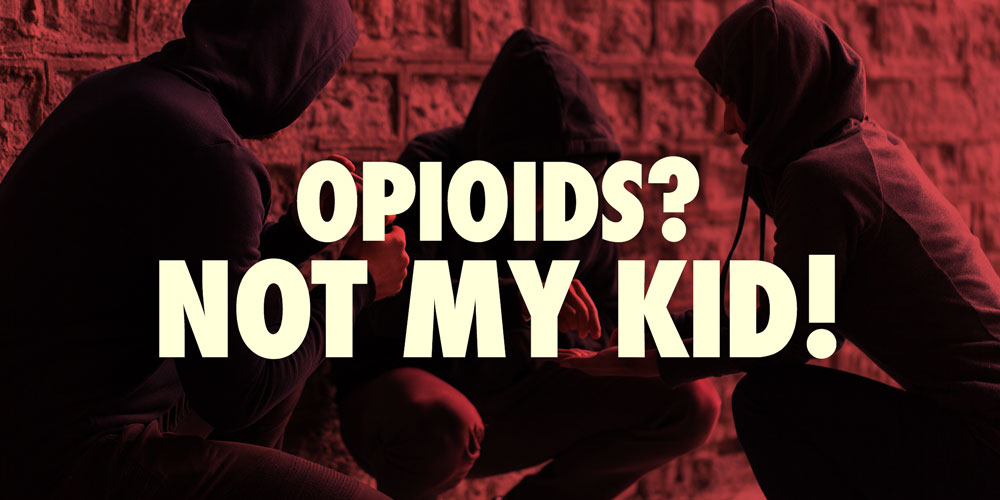 Opioids? Not My Kid! 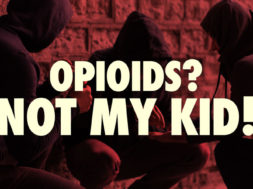 Opioids? Not My Kid!

All to often, these words are spoken by parents only after their child has died from an opioid overdose. Why is this? The list of possible answers is endless, but denial is certainly at the top. Many people believe that their children are “too smart” to experiment with these deadly drugs or that heroin and its derivatives are “street drugs,” abused by “real addicts.” Another faction still naïvely operates under the notion that their children would never have access to such powerful narcotics. But this just isn’t the case.

The United States is in the middle of an opioid epidemic and no one is immune. NINETY Americans die every single day after misusing opioids.

Opiates are a type of alkaloid drug made from nitrogenous organic compounds derived from the opium poppy. Medications that contain it include Morphine, Codeine, Heroin and Opium. These are powerful narcotics used to treat pain.

Opioids are synthetic or analog versions of opiates. They are chemically similar to opiates and manufactured to perform like them. They are also used to treat pain. These include Vicodin, Fentanyl, Percocet and Demerol.

Both opiates and opioids are Schedule II drugs, which means that while they have legitimate medical applications, they are also highly addictive and have the great potential to be abused. They are fast-acting and chemically similar to endorphins, which the body produces naturally to relieve pain. When used correctly (and short term) opioids can provide tremendous pain relief. When abused, the possibility for a deadly outcome is very high.

Despite the dangers associated with these drugs, many people come by them honestly (at least initially) though legitimate prescriptions. They are routinely prescribed for post-surgical pain, cancer pain and chronic non-cancer pain (though there is almost no scientific justification for this use). It is used even for children. This may be appropriate for short-term pain management, but oftentimes, this is where the long-term problem starts. The New England Journal of Medicine recently reported on the relationship between the availability of prescription opioid analgesics through legitimate pharmacies and abuse of drugs and adverse outcomes.

Upon entering the bloodstream, opioids travel quickly to the brain. Once there, they attach endorphin receptors to specialized proteins, including one called the mu opioid receptor. These are located on the surface of opiate-sensitive neurons (brain cells). Pain is a complex process that includes the somatic component of the part of the body that is injured as well as the emotional misery that is caused by the experience of pain. In addition to interfering with the experience of pain, opiates activate biochemical processes that cause intense feelings of pleasure – particularly in people with a certain genetic makeup. Appropriately used, these narcotics are extremely effective and can allow for a patient to be pain-free, but some individuals can become easily addicted.

In 2016, drug overdoses were estimated at sixty thousand. The increase in opioid deaths can be at least partly attributed to the introduction of illegally manufactured fentanyl derivatives entering the market. One such analog (designer version) is carfentanil, which is ten thousand times more potent than morphine and is only indicated for use in large animals like elephants. The illicit nature by which these drugs must be obtained speaks to unreliability of their safety. Unfortunately, kids often lack the ability to make an informed decision and a single use can end with a trip to the morgue.

Overdoses from opioids lead to rapid loss of consciousness and death unless immediate life-save interventions are administered. One such device that has life-saving capability is the Narcan Nasal Spray that (if administered immediately after an overdose or suspected overdose) can counteract its effects. Narcan can be obtained in many states without a doctor’s prescription. Go to Narcan.com for more information.

Kids become aware of fads and trends in drug use starting as early as grade school. Recently there has been a rise in young children abusing energy drinks and caffeinated gel strips. This can lead to heart palpitations, seizures and death. These substances are not meant for children, whose smaller bodies are unable to effectively metabolize the adult-sized dosages. Some experts consider these “gateway” drugs, and are urging parents to be vigilant about educating their children regarding the dangers associated with using them.

Addressing drug use and abuse can be an uncomfortable topic to discuss with your child – especially if he/she is very young. The rise in opioid deaths, however, necessitates paying close (and continuous) attention to your child’s activities. Broaching the issue of drug abuse may seem awkward and premature, but weigh this discomfort and uncertainty against the possibility of your child making one bad decision that could result in his/her death.