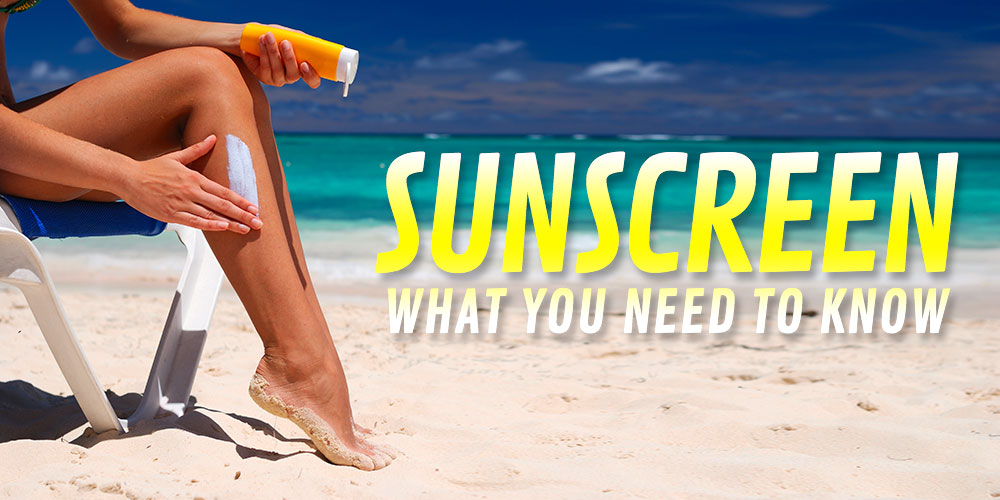 What You Need to Know About Sunburns and Sunscreens

What You Need to Know About Sunburns and Sunscreens

Despite the health risks associated with sunburns, they are fairly commonplace, with the Centers for Disease Control reporting that approximately one third of adults and two thirds of children admit to having gotten one in the past year.

The sun gives off three different wavelengths of ultraviolet light. They are UVA, UVB and UVC. UVC doesn’t reach the earth’s surface, but the other two do, and they can wreak havoc on your skin and your health. UVB is made up of short wavelengths and is the primary cause of sunburn. UVA is made up of longer wavelengths and plays less of a role in cancer, but penetrates the skin deeper and destroys collagen. UVA exposure increases the effects of aging, including wrinkles and liver spots.

Your body jumps into action as soon as it realizes that sun damage is occurring by sending melanin (pigment produced by cells called melanocytes) to protect the cells that are being threatened by ultraviolet rays. This physiological reaction is what we call “tanning,” and it happens in two phases. Some of it occurs immediately as a result of an alteration of the existing melanin, and some of it occurs later upon increased synthesis of epidermal melanin. This second phase causes the skin to continue to darken over the next few days. While tanning does provide some measure of protection against sun damage, it is only a first line of defense and cannot be relied upon to protect your skin indefinitely.

Sunburn or solar erythema, is a cutaneous inflammatory reaction to excessive exposure to the sun. It is NOT the heat of the sun that causes the injury – it is the body’s reaction to the ultraviolet radiation. When the skin is burned, cytokines (a protein secreted by the immune system) and prostaglandins (hormones that cause pain, fever and inflammation) will synthesize to produce vasodilation (a widening or expanding of blood vessels). This allows increased blood flow to the area to begin the healing process. The body will immediately endeavor to repair the DNA that has been damaged. Many of the cells that have been burned will slough off as the skin peels (to prevent them from developing into cancer), but some of the cells with compromised DNA will slip through the cracks and these have the potential to become basal cell carcinoma, squamous cell carcinoma and the deadly malignant melanoma.

Solar ultraviolet light is the major environmental risk factor for melanoma, which can be lethal. It is the most deadly form of skin cancer and is the result of the uncontrolled growth of the aforementioned melanocytes. A 2016 study showed that severe sunburn (particularly on the trunk) was more apparently associated with the risk of melanoma than any other type of skin cancer.

There are a few options that may mitigate the discomfort of a sunburn, including cold compresses, a cool bath and soothing creams and gels, but a recent study showed that taking Vitamin D one hour after sunburn significantly reduces its effects. Researchers at Case Western Reserve University School of Medicine and University of Hospitals Cleveland Medical Centers published a study suggesting that Vitamin D helps promote protective barriers in the skin by rapidly reducing inflammation and activating skin repair genes.

In addition to wearing hats and avoiding the sun, sunscreen is one of the most important tools at your disposal. While it doesn’t completely block ultraviolet radiation, it does serve as a filter, reducing the amount of harmful rays that reach your skin. Make sure you pick a “broad spectrum” product, as this blocks both UVA and UVB rays. Also, be sure to pay attention to the SPF or “sun protection factor” and pick the highest number. SPF relates to the amount of time that it takes to get sunburned by UVB rays. For example: a sunscreen with an SPF of 30 means that it will (theoretically) provide protection for thirty times the amount of minutes that it would take you to get sunburned. In other words, if you would normally begin to burn in ten minutes, then your protection would be extended to three hundred minutes. That being said, experts say that you should reapply sunscreen at least every two hours, and more frequently if your are sweating or in the water. And don’t scrimp on the amount you apply! Make sure that you are covered completely and that you apply sunscreen thirty minutes prior to exposure. Remember: all skin types are vulnerable to ultraviolet rays, but lighter skin can be burned more frequently and severely. Regular visits to your dermatologist and annual mole checks are a good idea when it comes to preventing skin cancers.

Interesting: Legislators in Hawaii are considering a bill that would ban sunscreens (unless medically prescribed) that contain oxybenzone and octinoxate. Their action is based on research suggesting these chemicals can stunt the growth of baby coral and have a bleaching effect on them. As with all stories, there are two sides, and opposing factions claim that more research needs to be done in order to make this determination.

Hanson, Kerry, “How Do the Chemicals in Sunscreen Protect Our Skin From Damaging?” May, 2017, https://www.scientificamerican.com

Sobell, Jeffrey M., “What Happens When You Get A Sunburn?” http://www.nature.com/