Home Topics Body And Health You Might Have Herpes 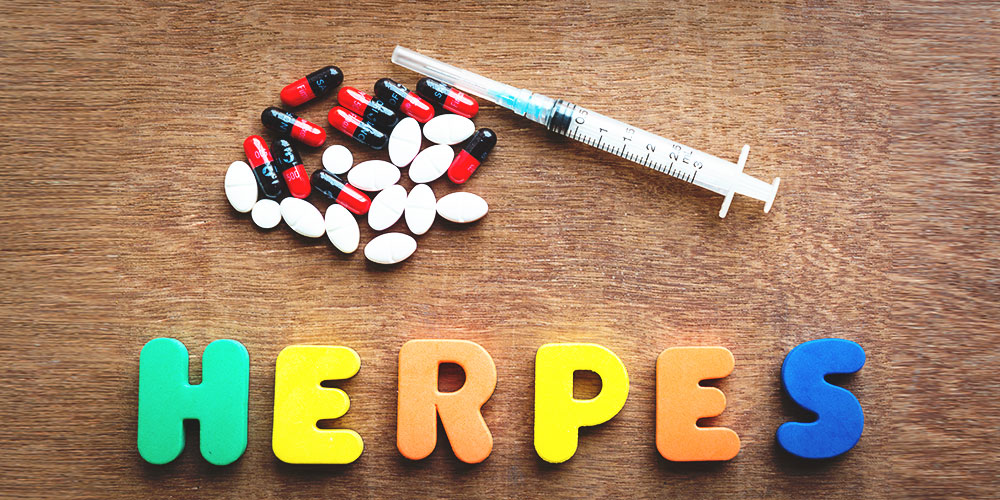 While HSV-1 is more commonly associated with the mouth and face, and HSV-2 is generally found in the genital/anal area, both types can be transmitted to either area of the body.  Many people do not experience symptoms for months or years (or ever!) after being infected, and oftentimes those symptoms are mistaken for pimples or ingrown hairs, so they simply go undiagnosed.

If they appear, symptoms will usually be noticeable between two and twelve days after the primary exposure.  They may arrive in the form of itching or tingling in the effected area, and be accompanied by flu-like symptoms.  Eventually, blisters may form and ooze before crusting over and healing.  The initial outbreak is generally the worst and may (or may not) be followed by a decrease in frequency and severity of outbreaks.  The rash can be triggered by stress, illness, menstrual periods and sun exposure.  Taking warm baths, wearing loose fitting clothing and avoiding the sun may reduce discomfort.  Care should be taken to wash hands thoroughly so as to avoid spreading the virus to the eyes.

Herpes can only be spread through close contact.  It cannot live outside the body for very long, so transmission via towels, toilets and other surfaces is virtually impossible.  That being said, people can get herpes from infected people who are asymptomatic.  This means that transmission is possible even when there are no visible sores.  However, because many people never experience symptoms, a large number of infected people are completely unaware that they carry the virus.

Herpes can be diagnosed upon visual inspection and laboratory testing, and though it isn’t curable, it is treatable.  Prescription antiviral medications are very effective at mitigating symptoms as well as keeping the virus at bay.   While condoms are not one hundred percent effective when it comes to protecting oneself from any sexually transmitted disease, unprotected sexual contact should be avoided during outbreaks.  Sharing sex toys should also be avoided.  One population that needs to take special care is pregnant women.  If infected, an antiviral medication may be prescribed prior to delivery and a cesarean section may be indicated to avoid infecting the baby.

If you have herpes, be honest with your sexual partners and seek treatment.  While it may cause some physical discomfort or be the subject of an awkward conversation, a herpes diagnosis should not generate the shame, worry or self-loathing that it often triggers.  These responses are unfortunate and extreme reactions to a condition that is largely manageable.  If you are diagnosed with herpes virus, just remember – you have something in common with a large percentage of the population.