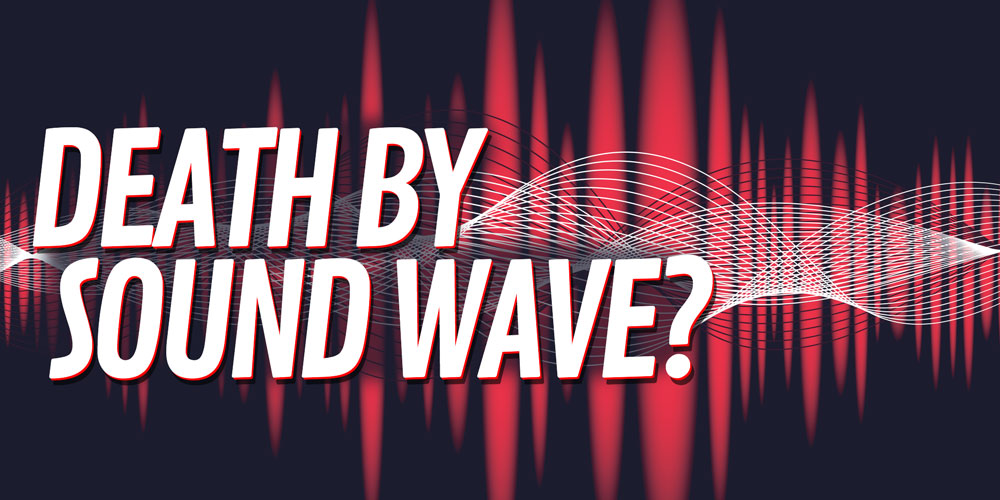 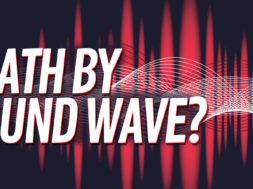 Recent news out of Cuba suggests that several American diplomats working there may have suffered minor traumatic brain injuries and permanent hearing loss at the hands of nefarious individuals who used a mysterious device to inflict physical damage via sub-audible sound waves.

It seems like something out of a science fiction novel, but sound has been used for many years as a weapon – primarily as a means to control crowds, and more recently by cruise ships that travel in parts of the world where they are vulnerable to pirates.  Many commercial cruise ships are now equipped with long-range acoustic devices (LRADs) that emit painfully loud noises to ward off pirates who endeavor to rob and kidnap passengers.  Deafening but not lethal, these sonic canons can cause irreparable damage if the exposure is lengthy, but the pain they induce is excruciating, which is why they are largely successful in repelling would-be attackers.  Another device called the Mosquito is used in some countries to combat teenage loitering.  These are effective because adolescents can hear certain high frequencies that most adults are no longer able to hear.

Noise induced hearing loss can be caused by a one-time intense “impulse” sound like an explosion or by continuous long-term exposure, as is experienced in a factory or industrial setting.  Sometimes these conditions can improve and sometimes they are permanent.

How do we hear?

In order to understand the damage that loud noises cause, it is critical to understand which parts of the ear are affected by it.  When sound enters the visible part of your ear (the pinna) it is funneled down the external canal to the eardrum, which vibrates three bones on the other side of it.  These bones, the malleus, the incus and the stapes transfer sound to the perilymph (fluid) located inside the cochlea (a snail-shaped structure) that is divided by the basilar membrane (an elastic partition) where critical cells called stereocilia are located.  These microscopic hair-like projections vibrate and bounce off of surrounding structures, which allows the influx of chemicals.  This action creates an electrical signal that the auditory nerve carries to the brain where it is recognized and understood.  The cochlea, also known as the vestibular labyrinth is also responsible for balance and (if disturbed) can cause dizziness and nausea.

Stereocilia can be adversely and permanently affected by loud noise.  We are born with somewhere between sixteen and thirty thousand of these specialized cells.  When subjected to loud noises (such as a concert) these hairs may bend and cause temporary changes in the hearing (such as tinnitus, or ringing in the ears) before they straighten and hearing is restored.  If, however, they die as a result of the exposure, they are unlikely to re-grow.  Generally speaking, about half of the stereocilia can be lost before one exhibits signs of hearing loss.

So what’s happening in Cuba?

Starting last year, and continuing until recently, no less than twenty foreign diplomats (and their family members) reported symptoms that ranged from nausea to hearing loss.  Some of the first victims reported hearing strange noises before falling ill, which caused speculation about a sonic attack.  Those who were affected later on were not aware of any unusual sounds prior to the onset of their symptoms, which led to the suggestion that the “attacks” were becoming more sophisticated.

Experts in the field say that while this type of hearing injury can be perpetrated on people, it is unlikely because no device is known to have this capability without being obvious.  We think of “sound” as being something that is audible, but in fact, there are many frequencies humans cannot hear.  Theoretically, these frequencies would be the ones used to impair hearing and cause illness.

Sound that occurs in frequencies below the human range is called infrasound.  It could be used to “attack” humans, but large subwoofers would be required.  Visibility of this equipment would undoubtedly prevent its usage, so this seems an ineffective and impractical mode of attack.  Interestingly, there are documented cases of people who live near windmills (which generate infrasound) who claim to suffer some of the symptoms mentioned in this article.

At the other end of the spectrum are the frequencies that are above what humans are capable of hearing.  These are in the range of ultrasound, and while they, too, could be used to damage hearing, any such device would need to be placed directly inside the ear to have an effect.

While it’s unlikely a sonic attack was perpetrated on Americans in Cuba, it’s not impossible and the investigation into the cause of the employees’ symptoms is ongoing.