Home Press And Media Dr. Drew: I am a cancer survivor 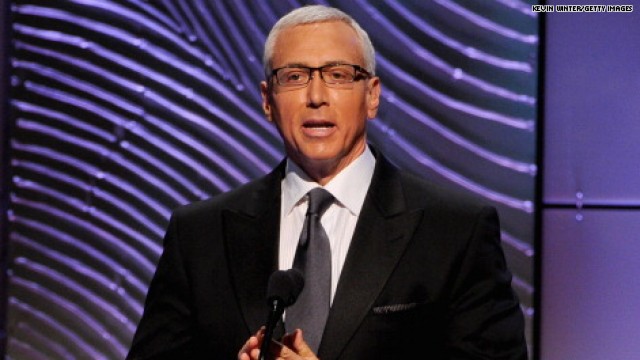 Dr. Drew: I am a cancer survivor

Dr. Drew: I am a cancer survivor

While many of you were celebrating the Fourth of July, I was at home on my couch recovering from a radical robotic prostatectomy. Four hours of surgery had left me in great pain, without an appetite, and in need of help from my college-age son, Jordan, to get up and lie down. But I was cancer-free for the first time in at least two years.

Prostate cancer is a stealth disease. It rarely announces its presence. It can simmer for a long time without coming to a boil. A low-grade tumor can remain just that, for a very long time.

And so it went with me. I’d been sick here and there. But overall, I’d felt great. In 2011 my wife, Susan, begged me to go to the doctor for a check-up. I was dismissive. I’m a doctor! I didn’t see the point in going to another internist for a physical. But I went. Blood was drawn. Part of the routine work-up for a male in his 50s includes the Prostate Specific Antigen (PSA) test. The test is controversial. It has limitations that I knew well and my physician acknowledged. There’s no prescribed course of action for a level that rises. A “four” may mean something. It may mean nothing. In my case, the “four” had gone up from a “one.” This was still in the “normal” range. I had microscopic amounts of blood in my urine. But my urologist didn’t see a need – yet — to sound the alarm. Neither did I. At this point, there was nothing to worry about.

An ultrasound revealed that the central lobe of my prostate was bigger than it should have been. Did that mean anything? If so, what? By that point, I was incredulous. We were making too much of this. Even though my father and uncle had had prostate cancer, there was no evidence that I had cancer.

The prostate is an “immune” gland, about the size of a kiwi, situated deep in the pelvis, below the bladder. It lubricates the urethra and produces seminal fluid. Men can live without the prostate.

What my doctor diagnosed was prostatitis; inflammation of the prostate. It’s usually caused by a bacterial infection. Sometimes there’s no apparent cause at all. What prompted him to question what was going on inside me were my PSA levels. They remained elevated since that first test. Something told him to look further.

Let me tell you something about doctors. What you want from them is judgment and intuition. It was these two factors that had my physician ordering a biopsy. I went along, reluctantly. It was awful. They don’t put you under. They take a prostate tissue sample through the anus. What they discovered was a low-grade tumor. What I discovered is that my own intuition and judgment were telling me that I had nothing to fear. But I had prostate cancer, for sure.

I was pleased my doctor didn’t want to rush into surgery. I certainly didn’t want to. I wasn’t in denial. My years of training and experience had taught me not to panic about prostate issues. Research shows 30 percent of low-grade prostate tumors get worse during a 10-year span. Thirty percent get better. Thirty percent stay the same.

My doctor and I decided on a course of active surveillance, also known as “watchful waiting.” It’s just like it sounds. So we paid attention. The tumor was monitored over the course of more than a year. I had two more biopsies. I’m glad I did. I’m glad my physician’s intuition told him to order them. They showed that the mass on my prostate had spread. There was too much volume. The tumor had become unpredictable. Something wasn’t right, and my doctor knew it.

Treating low-grade prostate tumors is an inexact science. There’s what the clinical guidelines recommend. Then there’s what the doctor thinks is best. Sometimes, these two forces are at odds. Once again, my physician listened to what his gut told him. Had he followed the textbook, my outcome might have been worse.

Prostate cancer is the most common cancer in men. According to the Centers for Disease Control and Prevention, 200,000 men in this country are diagnosed with prostate cancer each year. Twenty-five thousand men die from it annually. It’s most common in men over 65. More than half of all men, by age 80, will have cancer in their prostate. I’m in my 50s, so cancer found me early.

I didn’t need any convincing to have surgery. My doctor had reached a point where he wasn’t comfortable with active surveillance anymore. His discomfort was good enough for me. My prostate had to come out.

I’m relatively young. I have a wife. I have three children in college. I didn’t want cancer coming back.

So I had a radical robotic prostatectomy in early July 2013. I went home and took my place on the couch the day after. But it’s not a simple or easy operation. A four-armed robot, operated by a surgeon at a control panel, maneuvers inside the body as if the surgeon’s hands were doing it. When I came out of the anesthesia, it felt as if someone had been messing around with my insides. Not good.

Neither was what they found inside; the tumor had a “finger” on it that was millimeters from being contained. It was ready to spread, and would have, had it not been removed.

Why am I telling you this? I want you to hear it from me. Not from the Internet. Not from a gossip column. Not from someone who doesn’t know me.

And I want to make you aware. Men, you are likely to get prostate cancer. The odds are you will if you live long enough. When you do, don’t freak out. You don’t need to take action today. In many cases, time is on your side.

What concerns many males faced with prostate cancer is not the cancer itself, but possible incontinence, and sex. Nerves at the base of the penis, necessary for an erection, can be irreparably damaged by surgery and radiation. Research shows that many men do not get tested for prostate cancer because they fear the effects of surgery they may not even need!

I returned to work 10 days after the surgery. In hindsight, the job(s) could have waited. I am working out again, eating well and feeling very good. I’ll begin running again soon. The only remnant of cancer surgery is six small scars on my torso. They are fading fast. I’m hopeful I am cured.

I’m grateful this was a detectable, survivable cancer. I’m pleased that the judgment and intuition of my physicians were spot-on every step of the way. And I’m glad my wife’s internal radar was working well. Thank you, Susan, for making me go to the doctor.