Being Transgender – Then and Now 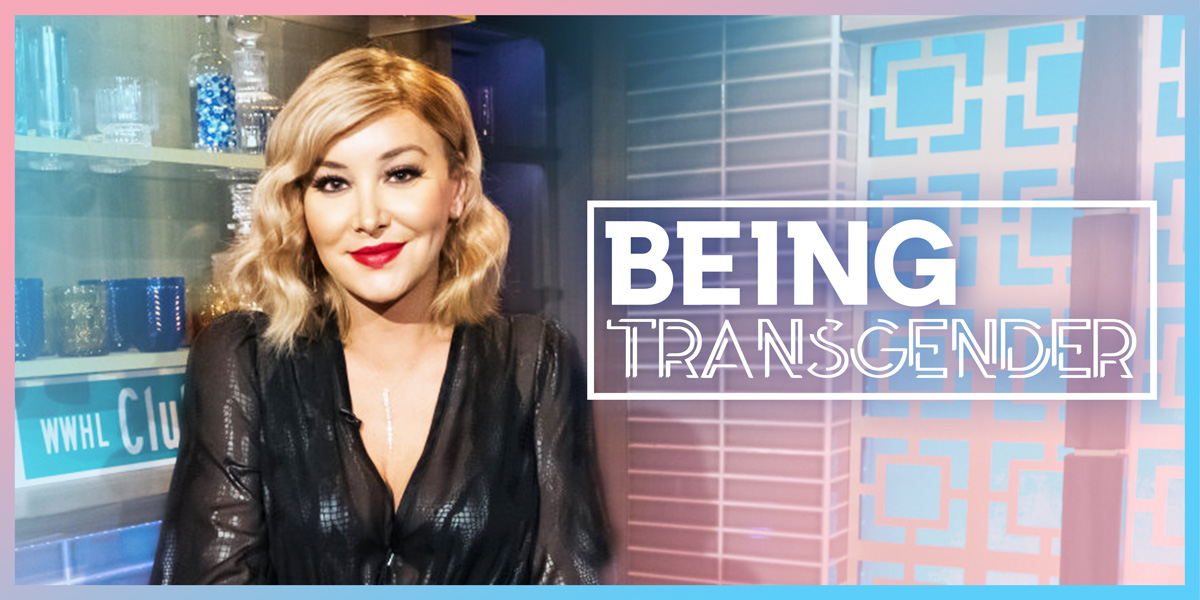 We are excited to have transgender activist and reality star, Billie Lee, contributing to this new series.  With her input, we hope to educate, create awareness and inspire open-mindedness and acceptance of a population that has historically been misrepresented, misunderstood and mistreated.

Despite pressures to conform to prescribed gender roles as defined by anatomy at birth, historically, there are cultures that accepted those who didn’t easily fit into one category or the other.  For example, until they encountered Europeans, many Native American tribes recognized genders that went beyond male and female.  Prior to religious indoctrination and criminalization of their sexuality and gender expression, native groups embraced a broad spectrum of gender identities.  Before the United States was established, indigenous peoples recognized, and even honored those who blurred gender lines.  These people were not ostracized or shamed, but respected for their ability to experience life through many perspectives.

Generally compelled to suppress or conceal this aspect of their lives, transgender people have been documented in the United States as early as 1620.   In the colony of Virginia, a servant named Thomas Hall, who sometimes went by Thomasine, routinely inhabited both male and female genders until the Court of Jamestown was called upon to impose a decision.  It turned out that Hall actually possessed intersex traits, and so was ordered to wear both a man’s breeches and a woman’s apron and cap.  As trans activist Genny Beemyn points out in Transgender History in the United States, though Hall’s duality was affirmed by the ruling, the proceedings ultimately disallowed his/her the freedom to move between identities and likely officially marked him/her as an oddity in the town he/she was most certainly ridiculed and pitied.

The earliest recorded genital transformation surgeries were performed at Hirschfeld’s Institute for Sexual Science in Germany.  Founded by Dr. Magnus Hirshfeld, the institute was dedicated to the study of gender and sexuality in the late nineteenth and early twentieth centuries.  One of his first clients was Einer Wegener, who transitioned to Lili Eibe in 1930.  Eibe was the recipient of the world’s first documented male to female gender reassignment surgery and her story was the subject of the recent film, The Danish Girl.  Ultimately, Hirschfeld (a gay Jew) was forced to flee Nazi Germany and the Institute was burned to the ground.  Before its destruction however, patients’ records were seized and used against those who had sought help there.

As Billie came of age in small-town Indiana, she began to embrace and express her feminine side openly.  Still unaware of what it meant to be transgender, she confidently presented herself in the way she felt most comfortable.  While working at the Steak and Shake in her late teens, she became friends with a co-worker who was also struggling to express her gender indentity.  Though they got off to a rocky start, Billie and the woman she now refers to as her trans-sister became the best of friends and were able to rely on each other during this turbulent time in their lives.  Not only did they start hormone therapy together, but, as Billie puts it, “we were two broke girls struggling in L.A. who got their vaginas together.”

In the early 1940s a woman named Laura Maud Dillon was the first female to take testosterone in order to enhance her male characteristics.  Shortly thereafter, she had a mastectomy and changed her birth certificate to reflect her adopted gender.  In 1945, Michael Dillon entered medical school in order to better understand his own masculine identity and to pursue changing his body to become more like other men.  While in school, he continued his transition with Sir Harold Gillies, known as the father of modern plastic surgery and a pioneer of “sex change” surgery.  A member of the British aristocracy, Dillon’s father was mortified at his child’s transformation and disowned him.  Dillon expressed what countless people in this predicament must undoubtedly relate to.  “Where the mind cannot be made to fit the body, the body should be made to fit, approximately, at any rate to the mind, despite the prejudices of those who have not suffered these things.”  Because of these reactions (and worse) many trans people refused to seek health care.

People in the United States got their first real exposure to a transgender person when Christine Jorgensen publicly announced her transformation in 1955.  Though she describes a happy childhood as a boy, she became frustrated with feelings of being trapped in the wrong body as she grew into adulthood.  Despite this inner turmoil, she served in the Army and (after being honorably discharged) decided to pursue a permanent transformation.  She traveled to Denmark, where she started hormone treatments and ultimately received sexual reassignment surgery.  She became a tabloid sensation upon her return to the U.S. in 1955 and quickly turned her notoriety into a lucrative lecture series and nightclub act.

Others would follow in her footsteps, including tennis player Renee Richards, who won the right to play professional tennis as a woman in 1977, Orange is the New Black actress, Laverne Cox, Activist Chaz Bono and, of course, Caitlin Jenner.  With the trans community being represented by high profile personalities like Jenner, society seems to be approaching a higher level of acceptance of this population.

Billie is dedicated to her community, working tirelessly to raise awareness, increase visibility and serve her trans brothers and sisters.  She acknowledges that while it has been easier for her generation to navigate the process, there is still an immense amount of work to be done.  Much happier since her own transition, Billie remembers the embarrassment, pain and discomfort of her own bittersweet journey.  Even during the most challenging times, she knew that her path would eventually lead to her own truth and freedom.

The website for the National Center for Transgender Equality lists several actions that the current administration has taken against trans people, including barring some from serving in the military and the recent announcement from the Department of Education that complaints from transgender students regarding bathroom facilities will now be summarily dismissed.

Perhaps most disturbing is the prospect of losing protections provided by Title IX of the Civil Rights act of 1964.  The concern is that the phrase “on the basis of sex” will soon be narrowly interpreted solely on a biological or binary basis.  Understandably, the trans community fears losing what little protection the federal law currently affords them.  They are also angry that federal agencies, government contractors and grantees and even private businesses can cite “religious reasons” for discriminatory practices against them.

Even as the government makes changes that the trans community protests, progress is being made in other areas.  Late last year, the American Academy of Pediatrics announced its first policy statement regarding this community.  Not only does it recommend “a gender affirming approach” when it comes to parents, family members and clinicians, it also calls for access to therapy, record keeping that reflects gender identity and insurance plans that offer coverage to meet the specific to the needs of these children.  It also promotes advocacy by pediatricians for policies that promote acceptance of all children.

There are also fascinating developments when it comes to gender affirming surgeries.  Dr. Jess Ting of Mount Sinai Hospital in New York recently pioneered a new type of vaginoplasty for male to female patients which involves creating a vagina from the patient’s own peritoneum.  When this tissue from abdominal cavity is used, it looks, feels and secretes like the real thing.  Dr. Ting is currently working on improving phalloplasty surgery for female to male patients and envisions a day far in the future when sexual organs can be grown in a lab and transplanted onto a patient.

The argument over the concept of being transgender will continue well into the future.  Even if science is ultimately able to explain its cause, there will be people who continue to express a variety of opinions on the subject.  Until then, the words of Dr. Harry Benjamin (a German-born U.S. endocrinologist) might be taken into consideration.  Having lived for over a century, he championed transgender rights from the moment he saw his first patient in 1948.  His continued experience resulted in a unique and evolved perspective that he expressed more than fifty years ago.  He thought that attempts to “cure” this condition with psychotherapy was a “useless undertaking.”  He believed that there were numerous influences driving gender identity and sexuality, including chromosomal, genetic, anatomical, legal, gonadal, germinal, endocrine, psychological and social.

For Billie, the progress has been obvious but it hasn’t come without cost.  She’s been the recipient of the work done by those who came before her – those who didn’t have it as “easy” as she has it.  This is why she is so passionate about serving her community.  When asked what she would like to see in the future, her answer is very clear and doesn’t have anything to do with being transgender.  What she wants is for kids to be able to express both their masculine and feminine sides freely and without shame:  “Raise girls and boys in the same way.  Don’t put kids into categories where males are expected to play with dump trucks and girls are expected to play with dolls.  Let children explore all facets of their personalities.”

Cafolla, Anna, “What the Future of America Looks Like for Transgender People,” November 15, 2016, https://www.dazeddigital.com/artsandculture/article/33722/1/what-the-future-of-america-looks-like-for-transgender-people

Townsend, Megan, “Timeline:  A Look Back at the History of Transgender Visability,” glaad.org, November 19, 2012, https://www.glaad.org/blog/timeline-look-back-history-transgender-visibility

“Gender and Sexuality in Native America:  Many People, Many Meanings,” https://www.nps.gov/articles/gender-and-sexuality-in-native-america.htm 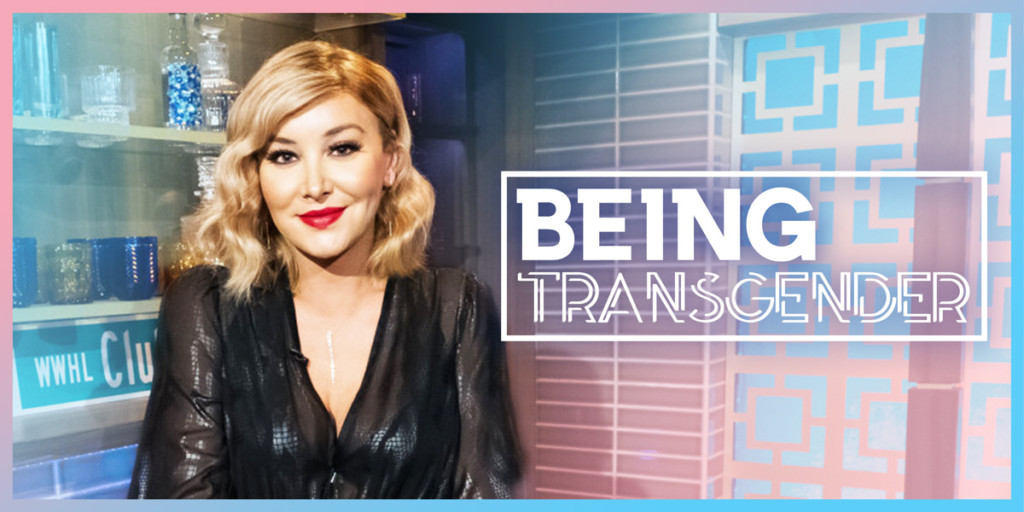